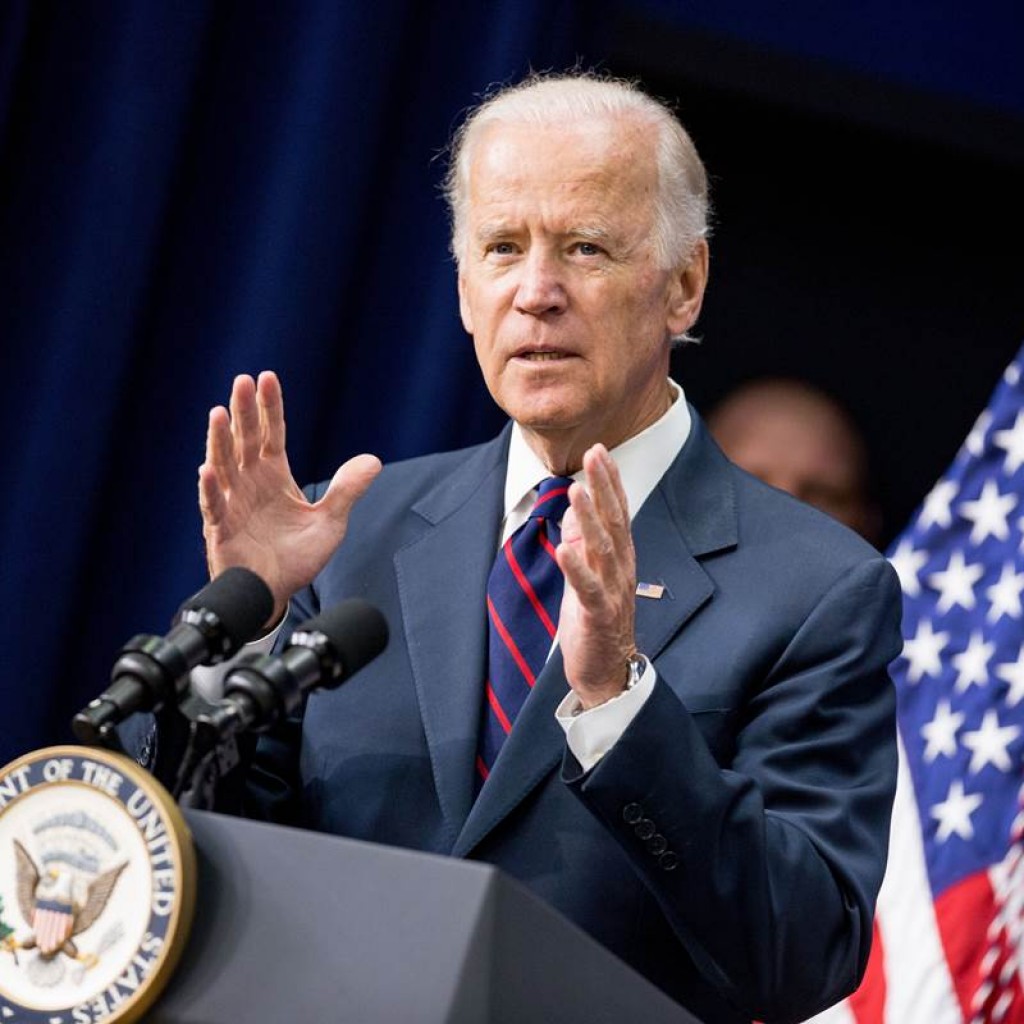 Vice President Joe Biden will not run for president in 2016, he said Wednesday, ending a months-long flirtation with a third White House campaign and setting him on a glide path toward the end of his decades-long political career.

Biden’s decision finalizes the Democratic field of White House candidates and likely bolsters Hillary Rodham Clinton‘s standing as the front-runner by sparing her a challenge from the popular vice president.

Biden announced his decision in the Rose Garden, flanked by President Barack Obama.

Encouraged by Democrats seeking an alternative to Clinton, Biden had spent the past several months deeply engaged in discussions with his family and political advisers about entering the primary.

Yet as the deliberations dragged on, Democrats began publicly questioning whether it was too late for him to run, a notion that hardened after Clinton’s strong performance in last week’s Democratic debate.

In the end, Biden decided the timing was too late. He also was still grieving over the death of his son, former Delaware attorney Beau Biden, who died of brain cancer in May.

Wednesday’s announcement was a letdown for Biden supporters who had pleaded with him to run, and in increasingly loud tones as his deliberations dragged on through the summer and into the fall.

For months, the 72-year-old Democrat made front pages and appeared on cable news screens as pundits mused about his prospects and Clinton’s perceived vulnerability.

A super political action committee, Draft Biden, formed with the explicit goal of getting him into the race.

At the White House, aides and longtime Biden loyalists had prepared for his potential bid, putting together a campaign-in-waiting ready to move fast should he decide to jump into the race.

Last week one of those aides, former Sen. Ted Kaufman, wrote an email to former Biden staffers laying out the potential rationale for a Biden run and promising a decision soon.

Biden and his team had lined up potential staff and enlisted donors willing to help; Biden spoke personally to many supporters.

As speculation about his plans reached a fever pitch, Biden kept up an intense schedule of public appearances, seemingly testing his own stamina for an exhausting presidential campaign.

But as speculation swirled, Biden broadcast his reluctance to run amid doubts that he and his family were emotionally ready in the wake of Beau Biden’s death.

In a September appearance on “The Late Show,” Biden told comedian Stephen Colbert he was still experiencing moments of uncontrollable grief that he deemed unacceptable for a presidential aspirant. “Sometimes it just overwhelms you,” he said, foreshadowing his ultimate decision.

Biden would have faced substantial logistical challenges in deciding to mount a campaign this late in the primary process.

Both Clinton and Vermont independent Sen. Bernie Sanders have been in the race since April, giving them a powerful head start in fundraising, volunteers, endorsements and voter outreach.

Democratic operatives and donors already committed to Clinton would likely have had to defect to Biden in order for him to have viable shot at the nomination.

Having decided against a final presidential campaign, Biden now approaches the end of his long career in politics.

A month after being elected to the Senate in 1972 at age 29, Biden’s wife and baby daughter died when their car collided with a tractor-trailer. Biden considered relinquishing his seat, but instead was sworn in at the hospital where his sons, Beau and Hunter, were recovering.

Over six terms in the Senate, he rose in the ranks to become chairman of the Senate Judiciary and Foreign Relations committees, developing broad expertise in global affairs and reputation for a plainspoken, unpredictable approach to politics.

Biden twice ran for president. His most recent attempt in 2008 ended after he garnered less than 1 percent in the Iowa caucuses. His first run in 1987 ended even quicker, following allegations he plagiarized in some speeches from a British politician.

He has not yet detailed his post-White House plans, but has told friends he has no plans to “retire” in a traditional sense. Although unlikely to again seek elected office, friends and aides say Biden has previously discussed starting a foundation, launching an institute at the University of Delaware or taking on a role as a special envoy and elder statesman if called upon by future presidents.

“I appreciate Vice President Joe Biden giving thoughtful consideration to seeking the Democratic nomination for president in 2016. While Vice President Biden will not be a candidate next year, his unwavering commitment to America’s working families is a legacy each of our candidates will proudly carry forward.

“There are few people in Washington over the last four decades who have been a greater champion for middle class Americans than Joe Biden. For the last seven years, Vice President Biden has served as one of President Obama’s closest advisers and played a critical role in advancing middle-class economics that brought our country back from a severe recession that was costing our economy 750,000 jobs a month. Prior to joining the Obama ticket in 2008, Senator Biden was one of the Senate’s most respected voices. His voice and support in the upcoming presidential election for whoever emerges as our nominee will be a powerful reminder of how much is at stake for hard working Americans.

“I was proud to work on then Senator Biden’s campaign for president as a college student during the 1988 election cycle. The confidence in his leadership that inspired me then, when I did not know him personally, was affirmed as I sponsored legislation with him in Congress and came to know him well, while serving as the Chair of the Democratic National Committee.

“I know that Joe Biden’s service to his country will not end when he leaves office, and I look forward to seeing what challenges the Vice President and Dr. Jill Biden choose to take on after our next Democratic president assumes office in January 2017.”

nextMeet Harrison Grandwilliams, one of the “30 Under 30” rising stars of Florida politics