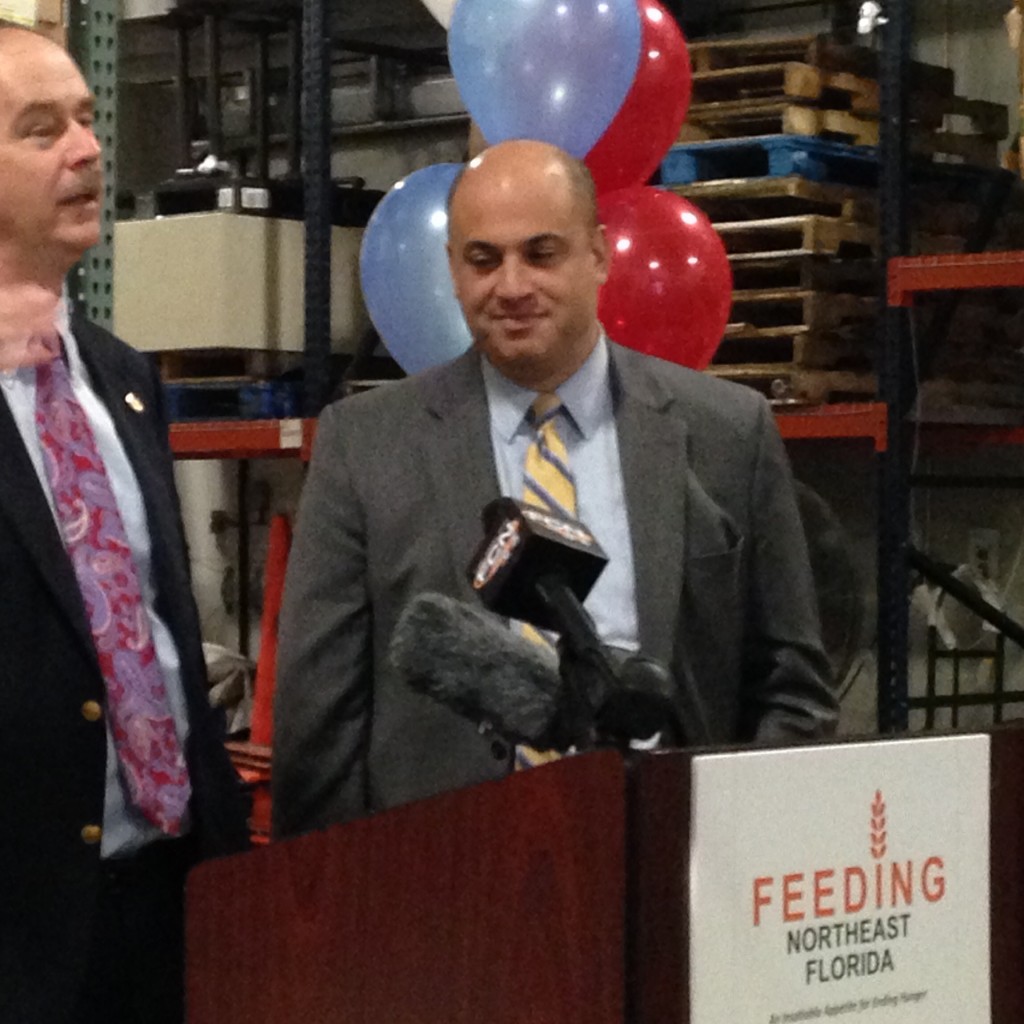 Duval GOP Chairman Lake Ray and Duval Democratic Party Chairman Neil Henrichsen are working together on a campaign more important than almost any other.

A campaign to end hunger.

On a rainy Friday morning at the northwest Jacksonville headquarters of Feeding Northeast Florida, the two chairmen pledged their cooperation in a campaign to end hunger in Northeast Florida, housed on the web at Campaigntoendhunger.org.

The goal is to raise $1 million to address hunger in northeast Florida. That will help the group increase total food distributed from 21 million pounds to 40 million.

Food scarcity is a real issue in the 17 counties in northeast Florida. One in six adults requires food assistance; one in four children are in the same boat, as are one in five veterans and disabled.

The issue of “food deserts” in many areas of Jacksonville is all too well documented. The need to help those who need it the most, though not as well-documented, is palpable to Feeding Northeast Florida and the two party officials.

The campaign seeks donations, volunteers, and people to host fundraising house parties. Ray and Henrichsen, despite ideological differences, are cornerstones of the effort.

Henrichsen noted that whether Republican, Democrat or independent, people can “all be in the mix supporting” this effort.

The Democratic Executive Committee will “for sure” be in the mix supporting this effort, Henrichsen said.

Ray likewise affirmed the effort, saying, “Regardless of the political party you’re affiliated with, this is one campaign we can all rally behind this year.”

Ray will mention the campaign at the next meeting of the Republican Executive Committee on Monday, and his expectation is that some GOP clubs will help out.

Feeding Northeast Florida had just over 7,000 volunteers in 2015. Clearly, to reach the goal of almost doubling the amount distributed they will need to increase their volunteer effort.

In an election year, it is notable that both the Duval Democrats and GOP are willing to help that effort.

previousAlex Sink to campaign for Edward James in Sarasota this weekend