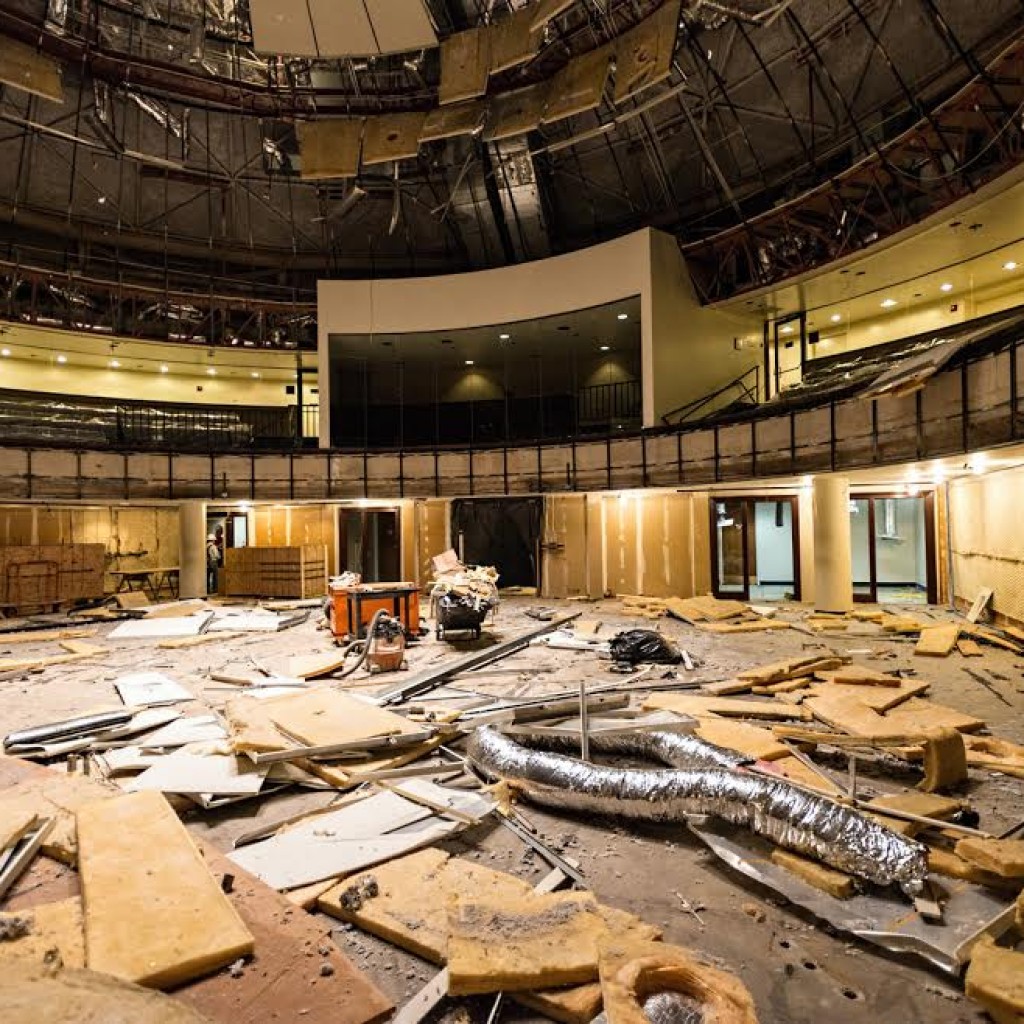 Long overdue renovations in the state’s Senate chamber are under way. Most of it has been gutted in preparation for a fresh look.

FloridaPolitics.com reported last month that the Senate would finally jettison its 1970s look, unchanged since the Capitol first opened, with a nearly $5 million renovation this year.

The very day after the Legislature adjourned this year, work began with furniture being hauled off and put in storage. The Florida Channel removed its cameras, and the voting board and related electronics also were stored. Sergeants-at-arms then took down all the portraits of Senate Presidents that once ringed the chamber above the floor and below the galleries.

The old chamber desks will be replaced. They’re available for purchase for $160, with senators and former senators getting first dibs, Senate spokeswoman Katie Betta said. Almost 30 of the 40 desks are spoken for, she said.

The carpeting now has been torn up, the old paneling ripped out, acoustic tiles and lights taken down. Workers now are dismantling the metal framing underneath in preparation for a new dome, modeled after one in the Old Capitol. Scaffolding will soon be erected so they can reach the ceiling.

As sometimes happens in renovations, little bits of history are uncovered.

For instance, Betta said she noticed on the rostrum, after the carpet had been pulled up, someone had scribbled on the wood the places where the original filing cabinets, since removed, were to be placed. “That shows how much technology has evolved,” she said.

Moreover, when workers opened the desks to remove phone lines and other wiring, she saw that the insides were variously colored green, blue or pink. No one had an answer why, Betta said.

Senate President Andy Gardiner pulled the trigger on the upgrade, recognizing that the chamber “has received only minimal updates since its original construction in the 1970s,” he said in a memo.

The last redo of the House chamber occurred in 1999 under then-Speaker John Thrasher, now Florida State University president. He spent nearly $7 million to renovate that chamber, the speaker’s office and the House Office Building.

The final product in the Senate will be similar to an artists’ rendition released last month. It shows the proposed new ceiling dome and other design elements that echo the Old Capitol’s exterior, such as a pediment on top of columns over the president’s rostrum and the words, “In God We Trust.”

Construction is planned to finish before the 2016 Organization Session this fall.