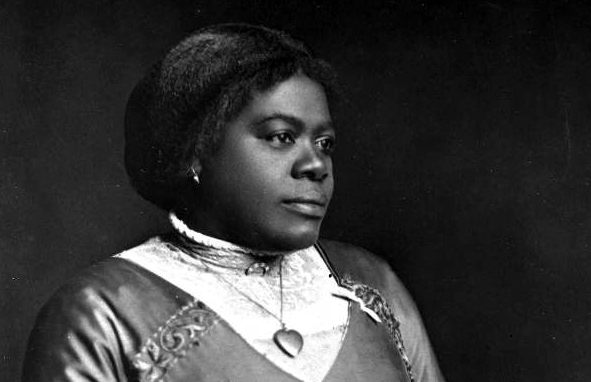 Dr. Mary McLeod Bethune, founder of what is now Bethune-Cookman University in Daytona Beach, is the top public choice to replace a statue of a Confederate army general in the U.S. Capitol.

The Department of State, which includes the Great Floridians Program, released the list of public recommendations Saturday after a public records request from FloridaPolitics.com.

Bethune, an educator and civil-rights activist, lived 1875-1955. She received 1,233 votes, nearly 800 more than the No. 2 pick, James Weldon Johnson. He was a writer-activist and the first black admitted to the Florida Bar.

In all, 129 Floridians received votes to be honored with a new statue in the Capitol’s National Statuary Hall. State lawmakers will make the final decision.

Of those, 74 received only one vote, including famed singer-songwriter Ray Charles, who grew up in Greenville, Madison County.

Another single-vote-getter was naturalist and artist John James Audubon, who spent time in the state in 1831 working on illustrations for a volume of his great work, Birds of America.

It’s likely, however, Audubon won’t meet the criteria of having been a citizen of the state who is dead for more than 10 years. The rules also include no “fictional characters, animals, plants, structures, or other non-human entities or beings.”

The results will be considered by a special committee of the Great Floridians Program, which will select three finalists to pass along to the Legislature. The panel meets 9 a.m. next Wednesday, June 22, at the R.A. Gray Building in Tallahassee.

“In addition to considering these results, members of the committee may also recommend individuals for consideration that have not been previously submitted,” said Meredith Beatrice, the department’s spokeswoman.

The process is a result of a measure signed into law this year by Gov. Rick Scott.

The move to take down a statue of Confederate Army Gen. Edmund Kirby Smith came after renewed debate about Confederate symbols, including the battle flag ubiquitous in the South.

A gunman charged with killing nine black churchgoers in Charleston, South Carolina, last year had photographed himself holding the flag and made clear he was motivated by racism.

The Florida Senate this year also changed its official seal to remove a representation of a Confederate flag.

Each state has two statues on display in the Capitol. Florida’s other statue, of scientist-inventor Dr. John Gorrie of Apalachicola, a pivotal figure in the invention of air conditioning, will remain.

The top five picks from the public are:

3) George Washington Jenkins Jr., 417 votes (founder of the Publix grocery store chain in 1930, based in Lakeland).

4) Marjory Stoneman Douglas, 261 votes (author and environmentalist, best known for 1947 work “The Everglades: River of Grass,” defender of the environment).

5) Harry T. Moore, 189 votes (civil-rights activist in Central Florida, active in the NAACP. He and his wife Harriette were killed by a bomb placed underneath their home in Mims, Brevard County).

nextCary Pigman unopposed in HD 55 primary after challenger drops out