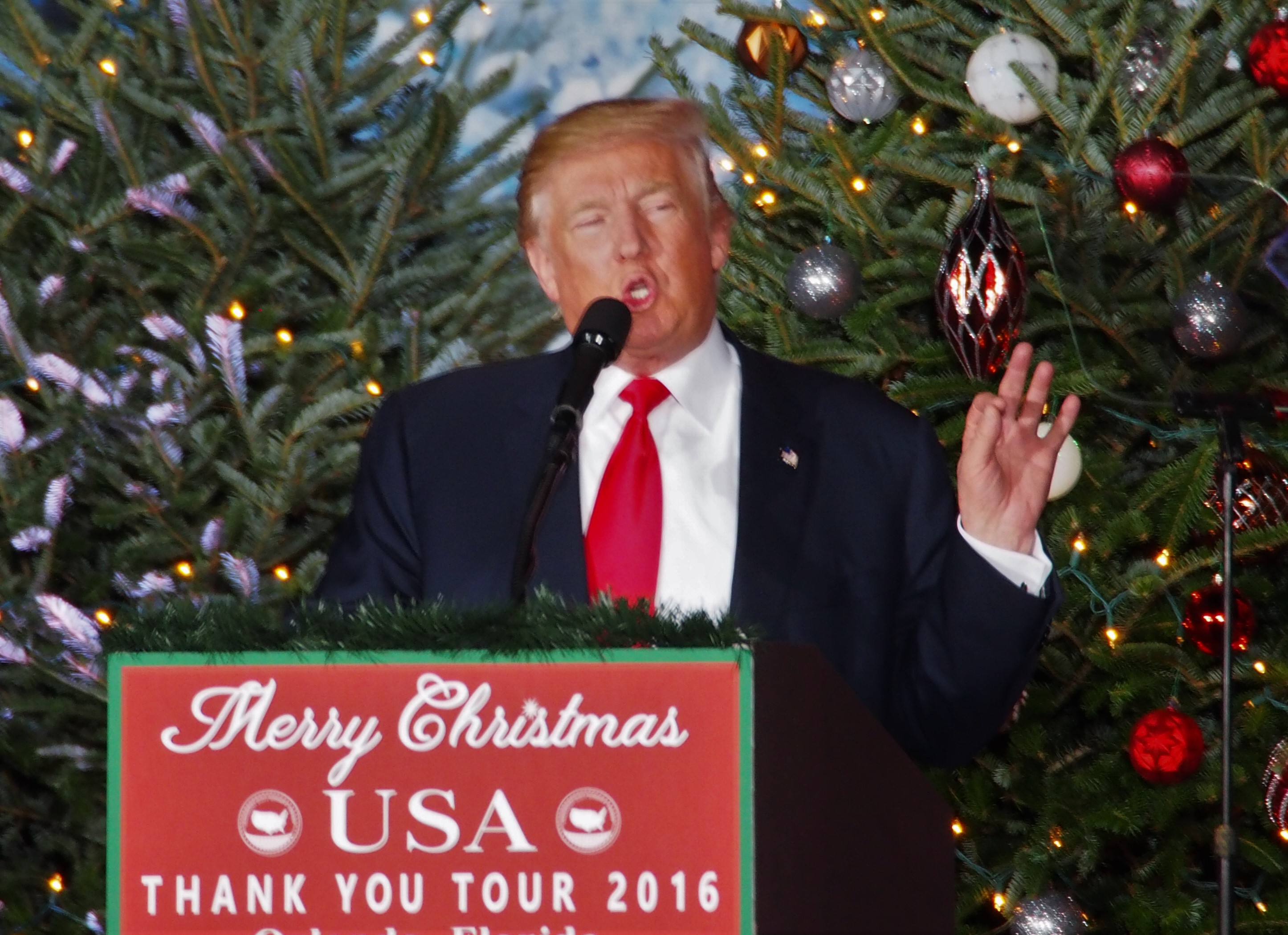 Decrying the horrors of atrocities in the Middle East, President-elect Donald Trump both denounced reckless interventions and pledged to destroy ISIS and radical Islam during his “Thank You” tour stop in Orlando Friday night.

Speaking before a huge outdoor crowd that he said numbered 22,000, Trump argued that the United States can’t get involved in foreign conflicts with unclear American interests anymore. The declaration harkens to Trump’s position that he was long an opponent of the Iraq War, which he blames for the rise of ISIS and the catastrophic civil war in Syria.

He also pledged to “stand with the people of Cuba,” though he didn’t elaborate as to whether that means attempts to roll back the opening of relations with that dictatorial, communist government begun under President Barack Obama.

Yet while promising to strengthen America’s military, the primary theme of  his “peace through strength” address appeared to be avoiding more international conflicts, Trump declared: “Our foreign policy needs a new direction.”

“For too long we’ve been moving from one reckless intervention to another in countries that most of you have never even heard of before.

Trump expressed outrage apparently at the humanitarian meltdown occurring this week in Aleppo, Syria, though he didn’t name the location explicitly.

“Just think of all of that money, all of those lives, and I mean lives on both sides … and you have nothing. So we’re going to start using our head. And we’re going to try to patch that up.”

He pledged to build safe zones in Syria and to get Middle Eastern countries to pay for them.

Meanwhile, American taxpayers will be called upon to rebuild American infrastructure and schools.

“Instead of rebuilding foreign nations,” he said, “it’s time to rebuild our nation.”

Yet Trump also declared his intention to wipe out ISIS and radical Islam threatening the United States and to do so immediately.

“The Trump administration will focus on the vital national security interests of the Untied States, and that means crushing ISIS rapidly and defeating radical Islamic terrorism,” Trump said.

He also repeated one of his more recent policies, opposition to people burning American flags.