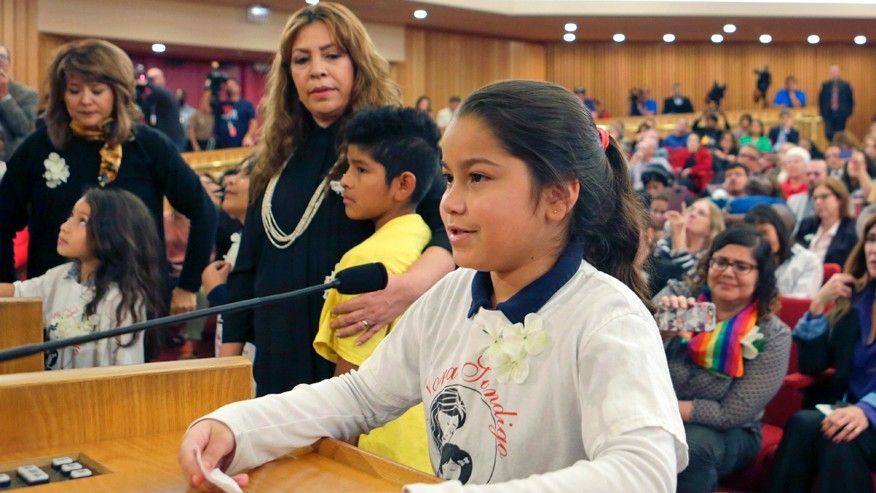 I was born and raised in Miami, after my family was forced to flee from our home country of Nicaragua in the 1970s. My family took refuge in Miami, I believe, because of its welcoming environment and close proximity to Central America. I spent my entire childhood and teenage years in this community, devoting countless hours to service and working hard through my studies at MAST Academy, a privilege and honor I hold close to my heart till this day.

I share this brief look into my early life because I am completely in awe of how Miami-Dade has seen its residents rise and activate in what has become one of the most contentious and fearful times in our nation’s history. I know our relatively young nation has faced turbulent times in past decades and overcame some of its darkest moments, but I worry that we are seeing, once again, our country live through a defining moment.

We are a community of refugees, past and present, and it seems some have forgotten this. This is a unique characteristic to Miami-Dade because so many here are first generation residents to this country.

As we struggle to make sense of today’s chaos, we have to turn to our personal stories to reflect on who we are as people so we can then define who we will be as a community. My family came from Nicaragua like so many Cubans did in the 1980s, fleeing oppression and literally leaving a life behind to start an unknown one.

However, it seems many have forgotten their own stories of how this community opened its doors and welcomed a transformational change to the way of life Miami-Dade knew at the time. I know too many Cubans and Nicaraguans, among other nationalities who back in the day lived here undocumented and worked with political leaders to navigate policies to help establish protections. This is how the former Wet-Foot-Dry-Foot and Nicaraguan Adjustment and Central American Relief Act were enacted.

I applaud the leaders of the day who worked with stakeholders and community leaders to ensure those who lived in fear found hope.

Today, unfortunately, we don’t have the same political willpower at the federal level. Worse, this country is engaging in a deep level of division, stoking fears about immigrants and minorities. Sadly, I’ve experienced in the last month several moments where I was targeted for being Hispanic. One case was leaving a flight where a passenger heard me speaking Spanish and stared right at my face and told me “my time will come where I am kicked out of this country.”

While visiting parts of Tennessee, I saw the stares from fellow Americans — yes, fellow Americans since I was born in this country and consider myself as much American as anyone else — who heard my husband and I speak Spanish. Lastly, in Miami-Dade, home to 60-percent Hispanics, I was told at a gas station that “my deportation is coming.”

While these moments hurt, I can endure these senseless remarks because my protections are guaranteed as a natural born citizen of the United States of America. Sadly, the calls I’ve received from several folks in the last two weeks are more painful, because they’re from individuals who either have family members, or they themselves are undocumented; having lived in this country for years and their glimmer of hope to resolve their status has been washed away under the new presidential administration.

In this defining time, I say to those who are in the power to make decisions, be guided by what the teachings of faith and moral character offer. As you take a step forward, don’t forget to look back and extend a helping hand to the very person who is walking the same path you once did. Pope Francis in recent days has emerged as a forceful voice in this debate and every person who is guided by their Catholic teachings should pay close attention to his words.

Miami-Dade County was tested in the past days, and sadly, we will be remembered in history as failing the test. The debate some want to have about detaining criminals is a mere distraction, as the policy of deporting violent criminals and repeat offenders has not, and should not be changed. I agree that if you are committing egregious crimes against the community you live in then you should face all consequences, including immediate deportation if you are here undocumented.

However, we cannot allow our community to be defined by what the presidential administration is trying to do- target, round up and tear apart families. If you don’t believe this is the case, just look at the stories being shared around the country of immigration raids. I now know too many stories of individuals who were nearly detained, or worse, are in detention centers because they were subjects of a raid. This is not who we are as a nation.

In my line of work, I often know the exact path ahead and can see what next steps we must follow. However, this current terrain has me worried and my heart hurts, leaving me uncertain as to what we do. But what I do know is this- Miami-Dade, you must continue to rise and activate. Do not stay silent because we need to make sure we are extending a helping hand to those in line who want to enjoy the same freedoms so many of us have today.

Christian Ulvert is a native of Miami-Dade County, a graduate of the county public school system and president and founder of EDGE Communications, a political and public affairs consulting firm.

nextLawmakers push to create registry of those convicted of animal cruelty