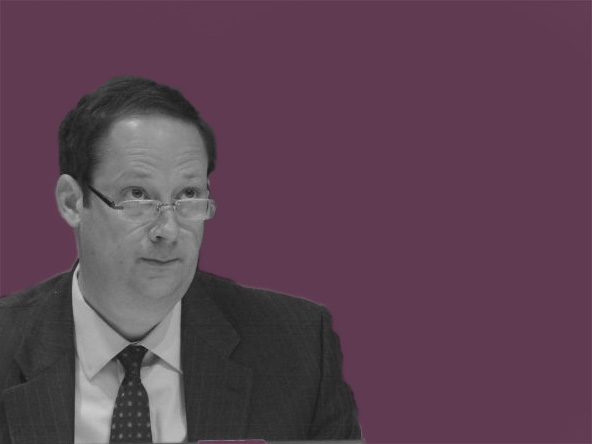 The commission has met twice before, in 1977-78 and 1997-98, but this will be the first to be selected by a majority of Republicans, virtually ensuring it will propose more conservative changes to the state’s governing document than previous panels.

Of the nine picks, former Senate President Don Gaetz and former Senate Democratic Leader Chris Smith are the most notable. Undoubtedly, the great orator Gaetz will be one of the loudest voices on the CRC.

Yet, for the most part, Negron’s selections were greeted with shrugged shoulders by most of the capital crowd. ‘Who?’ was asked more than once as the names were read out.

Patricia Levesque, the CEO of the Foundation for Excellence in Education, is a brand name in Tallahassee and Bill Schifino is the president of the Florida Bar. But with three of his picks going to his allies in the Treasure Coast, along with his other nice and safe choices, has Negron handed House Speaker Richard Corcoran (and Gov. Rick Scott) an opportunity to control the direction of the CRC even more than was originally thought?

Choosing who sits on the CRC is not an easy task. Because the three people making the majority of the choices are white male Republicans, Corcoran and Negron have had to look beyond their party’s ranks to select individuals who reflect the diversity of the state. The CRC can’t look like the Florida Senate’ GOP Caucus if it is to be credible. Hence Negron selected Smith and Anna Marie Hernandez Gamez, a Miami lawyer who practices real estate and commercial litigation, and is a past president of the Cuban American Bar Association.

(Supreme Court Chief Justice Jorge Labarga did Corcoran and Negron a favor by selecting, along with Hank Coxe, former state Sen. Arthenia Joyner, an African American woman from Tampa; and former federal prosecutor Roberto Martinez, a Hispanic man from Miami; wouldn’t it have been interesting if Labarga did not make such diverse choices and thereby put the responsibility for broadening the perspectives of the CRC’s membership on the two legislative leaders?)

This issue aside, Negron’s choices reflect his desire for the CRC to “focus on a handful of issues ranging from education to redistricting,” according to the News Service of Florida. Negron said that he hoped the commission will offer amendments to overhaul the redistricting process, do away with restrictions on state funding for religious organizations, add a member to the Florida Cabinet and strengthen private property rights and due process.

These are, for the most part, proposals that are either not initially opposed by Corcoran or ones that the Speaker also would like to see happen. He has said the commission should “look at changing the state’s redistricting process, perhaps even by creating an independent panel to draw the lines.“

But, as has been proven this year by the Speaker’s willingness to filet any number of Tallahassee sacred cows, it’s likely Corcoran has more radical ideas for the CRC. And because Negron did not put on the CRC a full slate of loyalists – Don Gaetz’ loyalty lies with Don Gaetz; Chris Smith is a Democrat – Corcoran should appoint a block of like-minded thinkers, including himself.

That’s right, there’s no prohibition against the Speaker appointing himself to the all-important Constitutional Revision Commission, so why shouldn’t a leader as interested in shaping the future of Florida as Corcoran put himself on a commission designed to shape the future of the state for the next two decades?

(Hey, former Chief Justice Gerald Kogan used one of his picks to put himself on the commission in 1997-98.)

After he’s done writing in his own name, Corcoran should select five or six of his fellow political Jesuits to serve on the Commission, thereby creating a bloc of votes that, even if it cannot dominate the 37-member panel, could shape the debates and obstruct any proposals it opposes. And because so many of Corcoran’s allies are Cuban and Latino and/or from South Florida, he does not have to make selections for diversity’s sake.

By putting himself and his allies on the CRC, while Negron is represented by a slate of commissioners who may as well have been selected by the League of Women Voters, Speaker Corcoran could dominate yet another public policy arena– or at least hold the upper hand over his partner from across the Fourth Floor.

The commission is supposed to hold its first meeting in the 30-day period before the start of the 2017 Legislative Session on March 7. Any changes the commission proposes would be in the form of constitutional amendments, which would have to be approved by 60 percent of voters on a statewide ballot.