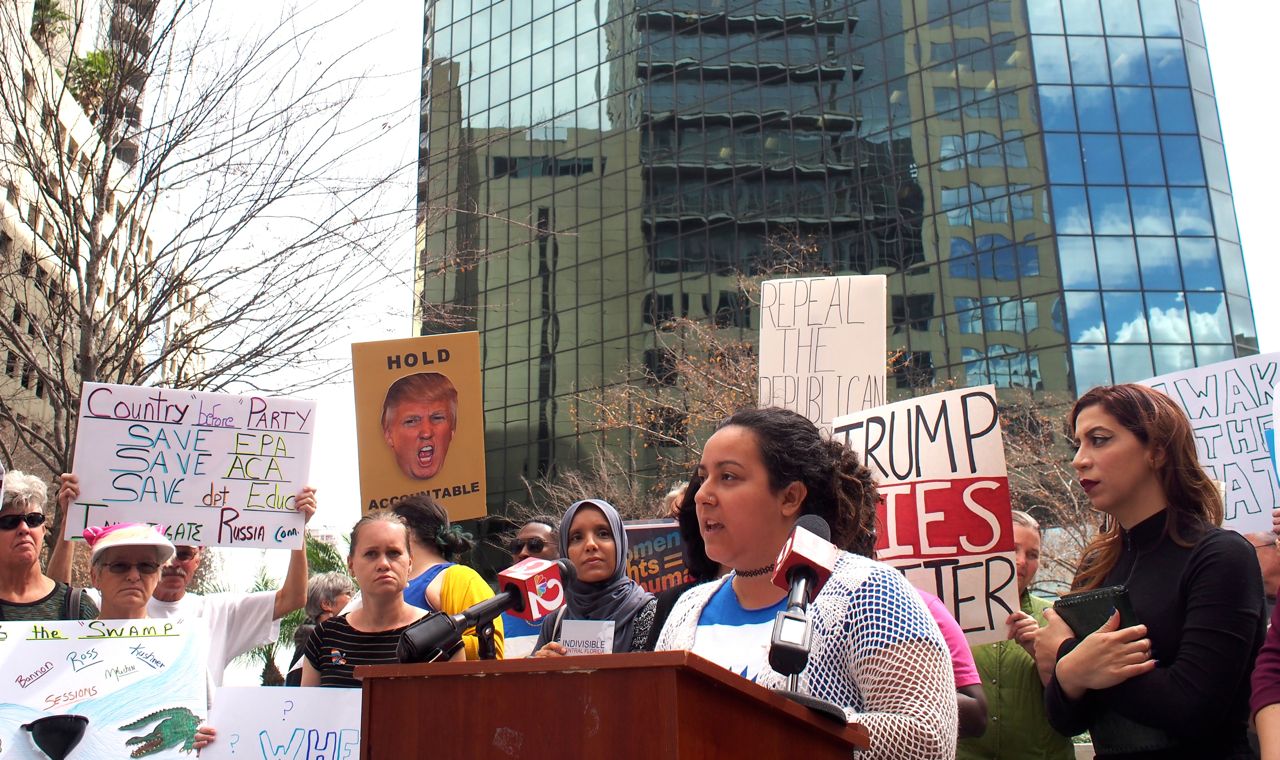 U.S. Sen. Marco Rubio lost leases on his offices in Tampa and Jacksonville in part because of landlord’s impatience with the incessant barrage of protests out front.

The plaza in front of the downtown Orlando office building housing Rubio’s Central Florida office was the site of another protest Tuesday, as it has been almost every Tuesday this year.

This time, it was For Our Future and other groups pressing a combination of state, local and federal liberal causes as part of the statewide Awake The State rallies.

The building itself was occupied by protesters for most of a day and night last July when more than a hundred people staged a sit-in, demanding that Rubio consider gun restrictions in response to the horrific massacre at the Pulse nightclub just a couple miles away. Ten protesters were arrested for refusing to leave that night.

On Monday to the Florida Times-Union (and again Tuesday morning for FloridaPolitics.com), a Rubio spokeswoman in Jacksonville charged that the leases were yanked not because protesters were explicitly targeting the Republican senator but because they were targeting President Donald Trump,  using Rubio’s offices as a platform.

“For the second time in another major region of the state, the unruly behavior of some anti-Trump protesters is making it more inconvenient for Floridians to come to our local office to seek assistance with federal issues,” Christine Mandreucci asserted in a statement she had earlier provided to the Times-Union.

Orlando’s protesters aren’t entirely disputing that Rubio is not the primary target of their ire, but said as long as the senator refuses to respond to them they would assume he is doing nothing to address their concerns. Tuesday’s protest, for example, largely focused on state lawmakers and Trump, though most speakers called on Rubio to get involved in issues ranging from health care to Muslim bans, and from abortion to Israel.

“We would like to remind people like Marco Rubio who said that he would be a check on Donald Trump. He refuses to met with people, he refuses to have a town hall, he refuses to talk to us, so we’re holding it here,” said Mitch Emerson of For Our Future.

And they said they have no interest in causing the senator any problems with his landlord — Seaside Office Plaza is managed by Highwoods Properties.