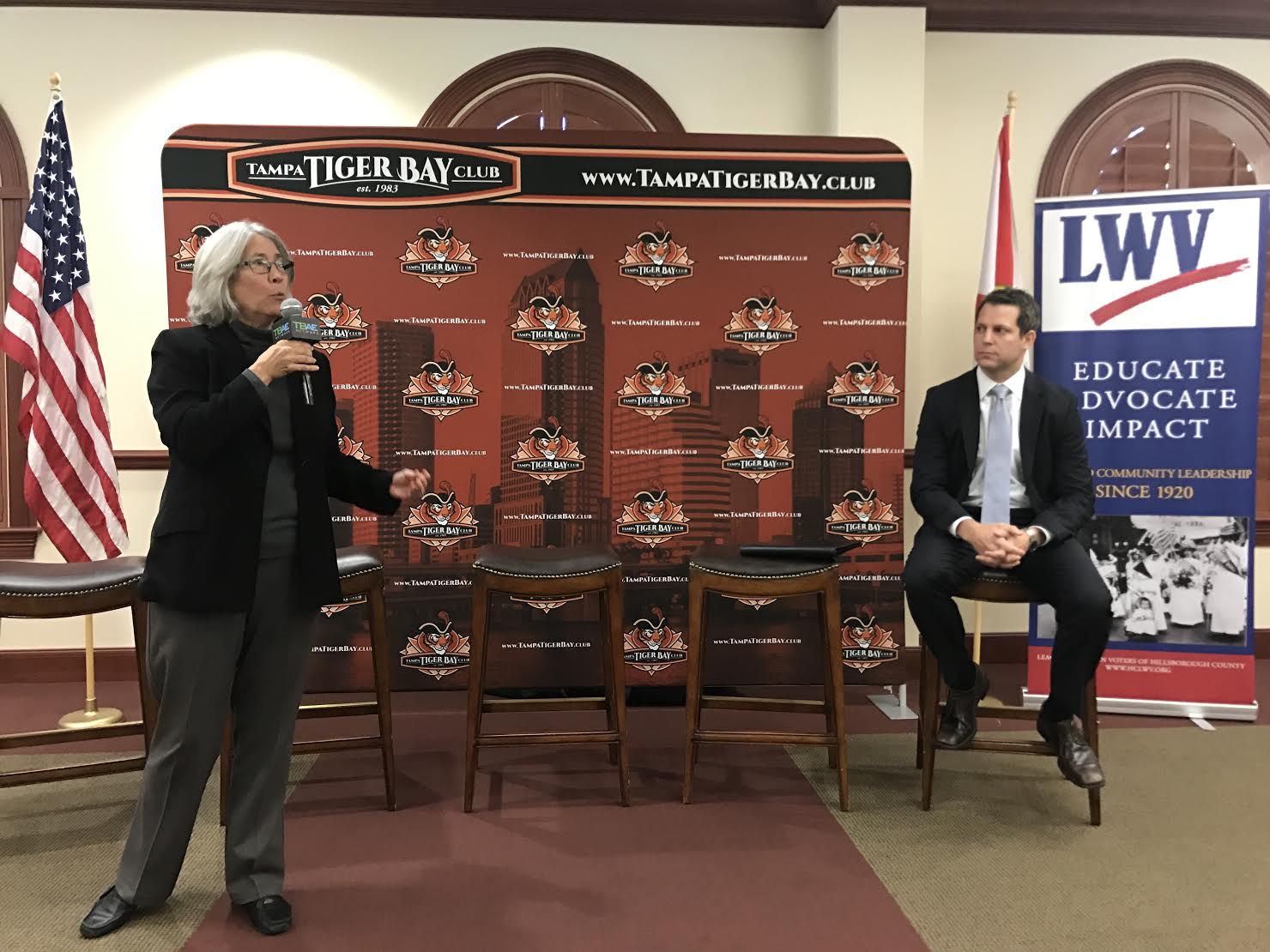 After Rick Scott removed Orange-Osceola State Attorney Aramis Ayala from the case of accused cop killer Markeith Loyd after she announced she would not pursue the death penalty in his or any other case during her tenure.

Warren refused, saying that he would seek out the death penalty only in “rare cases that are so heinous, atrocious, and undeserving of mercy as to be considered the worst of the worst in our society.”

At the Tampa Tiger Bay Club Friday, Warren was asked again about his thoughts on the case. He responded with essentially the same thing — the issue was between the governor and Ayala.

Warren did acknowledge “prosecutors have the discretion to make charging decisions or the decision not to charge, the sentences that we seek, within each municipality, locality and jurisdiction. and the exercise of that discretion is critical to having a well-functioning criminal justice system.”

“As an elected constitutional officer, I am given broad discretion on how I  run my office,” she began. “If I abuse that discretion, if I do things that are illegal, unethical immoral, things of that sort that rise to a certain level, then the governor has the ability to remove me, suspend me. If I’m charged with a criminal offense, the governor can take action.

“But it is extremely scary to me to think that if one person is unhappy with the decision that Mr. Warren makes in our community, decides to hold a news conference and be critical of him, that the next thing he would get is a message saying you’re removed from that case, somebody else is going to come in to my community and take that case.

Her response was met with loud cheers from the Tiger Bay audience.