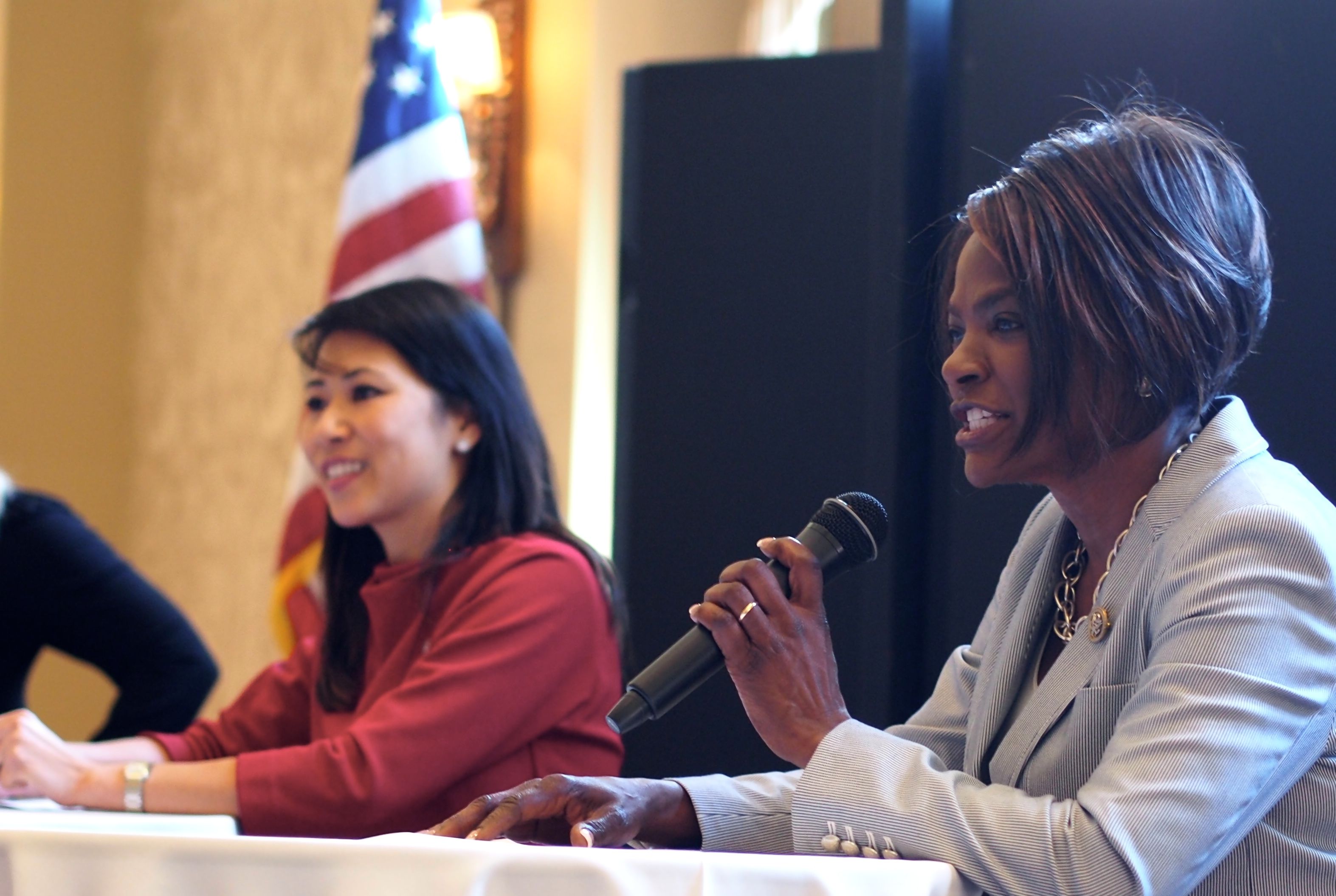 U.S. Reps. Val Demings of Orlando and Stephanie Murphy of Winter Park made their statements to the Tiger Bay Club of Central Florida during a luncheon update on their first three months in Congress.

Beyond Syria, both expressed desires for bipartisan efforts to address health care by considering improvements to the Affordable Care Act, and both disavowed any overt partisan glee or anger regarding health care bills, Friday’s confirmation of U.S. Supreme Court Justice Neil Gorsuch.

But the most sincere bipartisan overture they each made had to do with their mutual horror over the chemical weapons Syrian President Bashar Assad used on his people this week, and their support for Trump’s missile attack on Baashar’s air base Thursday night.

“Our national security, the security of our nation, has to be, it must be, our number one concern, and it has to be at the forefront of our minds every day,” Demings said. “We all saw the horrific images in Syria a couple of days ago, of children, women and men who were brutally murdered, led by Assad, a chemical attack against his own people. We all saw the images of the babies.

“I was pleasantly pleased to see the president respond to those images and clearly respond,” Demings said. “I believe the airstrike, 59-missile strike, was immediate and appropriate.”

Murphy noted Tuesday was not the first time Assad had used chemical weapons on his own people.

“The response, the military strike was a singular response,” Murphy said.

But now what, both members of Congress asked?

“Having been in the Department of Defense and knowing how we made decisions and how we plan for these things, what I’d really like to see is broad plan that doesn’t just encompass the military means, but the political end,” Murphy said. “We know as a country based on a lot of conflicts that we found ourselves stumbling into, one airstrike, one deployment of special forces at a time, we’ve found ourselves in places getting further and further drawn in without establishing up front what our political goal is.”

Demings agreed, saying she hopes Secretary Rex Tillerson will lead a diplomatic mission to get allies to work together to address Syria longterm.

“We must have as we go forward a multi-level approach,” she said.

Both members, like all others, are expecting to get called back to session, ruining their two-week break at home, to take another stab at passing a health care bill. Murphy complained that it would be an overhauled bill that members have not had a chance to read and analyze, much less take back to their constituents to talk about, and called it, “an unacceptable way to govern.

Demings said she doesn’t mind going back, but implied that a likely second failed health care bill discussion was not why she thought they should go back.

“If you’re going to be called back, let’s sit down and talk about how we keep our nation safe, and how we deal with a madman, a dictator in Syria,” Demings added.