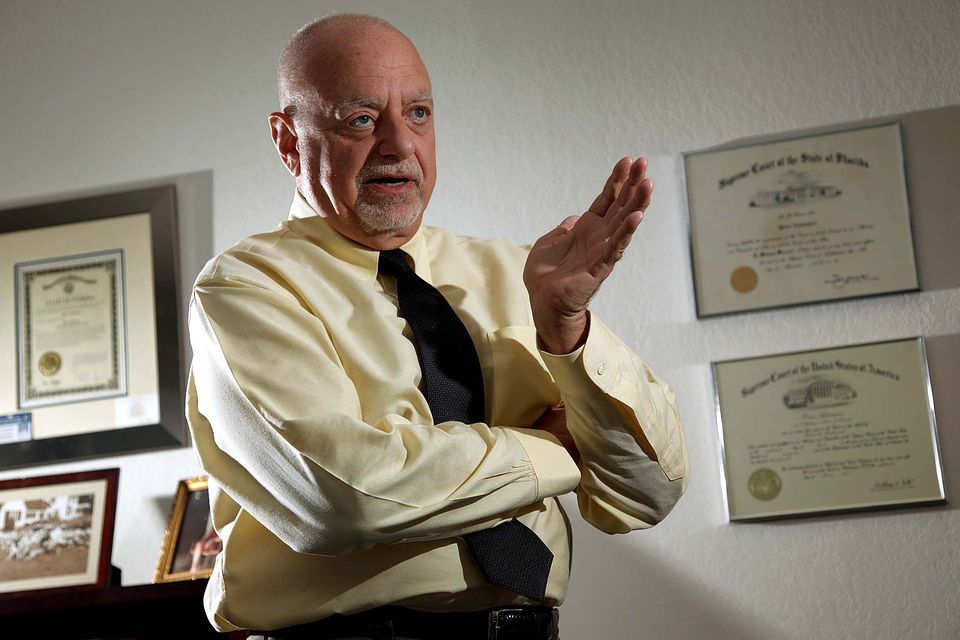 Expect little change in direction of the state’s business-recruitment agency under its new management.

Pete Antonacci, a former general counsel for Gov. Rick Scott who was appointed last month as president and CEO of Enterprise Florida, said Monday he intends to maintain the goals of the agency’s board, which is chaired by the governor.

“My agenda tends to be the board’s agenda and the governor’s agenda, and that is to do what you all do, which is to make your communities in Florida a better place to live, work and raise a family,” Antonacci said.

Antonacci was appearing at a meeting of the Stakeholders Council, which kicked off two days of Enterprise Florida committee and board meetings at The Westin Fort Lauderdale Beach Resort. The board will meet Tuesday.

Antonacci was formally named president and CEO on July 24 after two years at the helm of the South Florida Water Management District.

Antonacci’s first day with the public-private Enterprise Florida was Aug. 2, but he noted Monday’s meetings were essentially his first day “on the ground” with the agency.

“I don’t come with any particular agenda except a desire to learn,” Antonacci said. “As you know, this is my first day in the economic development world. So you have much to teach me, and I have a great deal to learn.”

Antonacci, who has been offered a salary of $165,000 a year, said he’s been working with staff to get up to speed on the inner workings of the agency.

In making the hire, Enterprise Florida Vice Chairman Stan Connally, who is also chairman, president and CEO of Pensacola-based Gulf Power, noted in July that Antonacci may not be experienced in business recruitment but that the water-management district executive director has proved to be a “quick study.”

Enterprise Florida had been working under interim director Mike Grissom since March, following the abrupt departure of Chris Hart from the top position.

Hart, the former leader of CareerSource Florida, was hired in November as president and CEO of Enterprise Florida but left the position in March.

Hart pointed to a difference of opinions with Scott on the future of the agency at a time when House Speaker Richard Corcoran, R-Land O’ Lakes, was pushing to eliminate Enterprise Florida.

Rather than meet Scott’s request for $85 million for incentive money that could be offered to individual companies, the Legislature created the “Florida Jobs Growth Grant Fund,” which set up a similar-sized pool of money for infrastructure and job-training programs to help entice businesses to Florida.

Antonacci comes in with a long history with Scott.

In March 2012, Scott appointed Antonacci to complete the term of Palm Beach County State Attorney Michael McAuliffe, who had left for a job in the private sector. After Dave Aronberg was elected to the state-attorney job later that year, Antonacci became Scott’s general counsel.