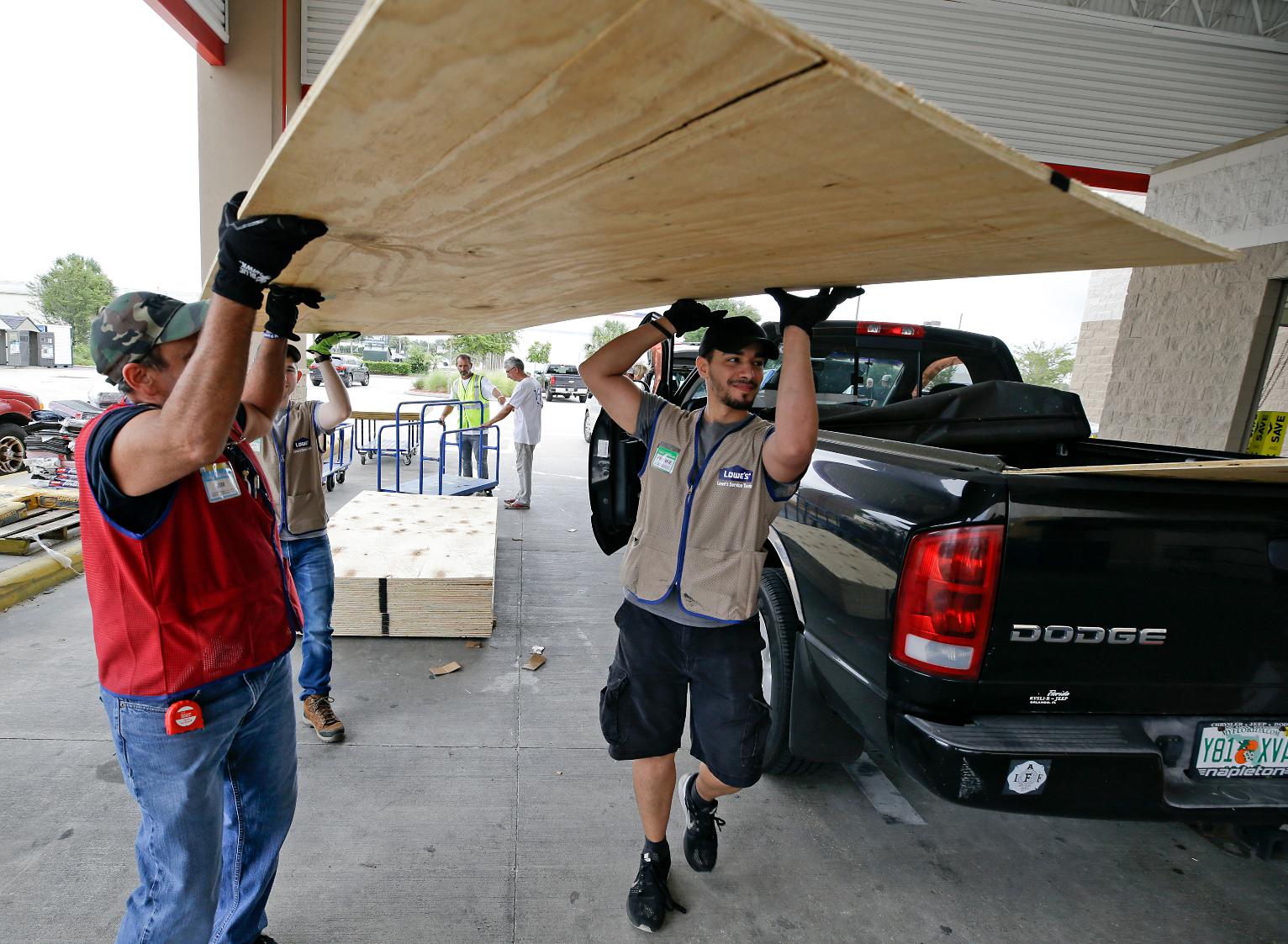 Residents in parts of the Miami metro area are under mandatory orders to leave their homes Thursday morning as Hurricane Irma barrels toward the region with potentially catastrophic winds.

During several media appearances Wednesday, Florida Gov. Rick Scott strongly urged people to evacuate if asked to do so by local officials. The governor waived tolls on all Florida highways and told people if they were thinking about leaving to “get out now.”

Scott warned that Irma is “bigger, faster and stronger” than Hurricane Andrew, the last Category 5 storm to hit the state.

Mayors in Miami-Dade and Broward counties issued mandatory evacuation orders for barrier islands and low-lying mainland areas in the metro area of 6 million, where forecasters predict the hurricane with winds of 180 mph (290 kph) could strike by early Sunday.

The most powerful hurricane ever recorded in the Atlantic caused deaths and injuries, destroyed homes and flooded streets Wednesday as it roared through islands in the northern Caribbean. The U.S. National Hurricane Center said it could rake the entire length of Florida’s east coast and push into Georgia and the Carolinas.

“This thing is a buzz saw,” warned Colorado State University meteorology professor Phil Klotzbach. “I don’t see any way out of it.”

As people rushed to buy up water and other supplies, board up their homes with plywood and fill up their cars, Scott declared a state of emergency and asked the governors of Alabama and Georgia to waive trucking regulations so gasoline tankers can get fuel into Florida quickly to ease shortages.

Scott said he expects the state’s stations to have fuel Thursday but urged people to take only “what they need” when they return to fuel up.

Florida Attorney General Pam Bondi said more than 1,500 calls have come into the state’s price-gouging hotline in the past two days, most about prices being charged on water, food and gas.

An estimated 25,000 people or more left the Florida Keys after all visitors were ordered to clear out, causing bumper-to-bumper traffic on the single highway that links the chain of low-lying islands to the mainland.

But because of the uncertainty in any forecast this far out, state and local authorities in Miami and Fort Lauderdale held off for the time being on ordering any widespread evacuations there.

Amid the dire forecasts and the devastating damage done by Hurricane Harvey less than two weeks ago in Houston, some people who usually ride out storms in Florida seemed unwilling to risk it this time.

“Should we leave? A lot of people that I wouldn’t expect to leave are leaving. So, it’s like, ‘Oh, wow!'” said Martie McClain, 66, who lives in the South Florida town of Plantation. Still, she was undecided about going and worried about getting stuck in traffic and running out of gas.

It has been almost 25 years since Florida took a hit from a Category 5 storm. Hurricane Andrew struck just south of Miami in 1992 with winds topping 165 mph (265 kph), killing 65 people and inflicting $26 billion in damage. It was at the time the most expensive natural disaster in U.S. history.

“We’ll see what happens,” President Donald Trump said in Washington. “It looks like it could be something that could be not good, believe me, not good.”

Trump’s exclusive Mar-a-Lago resort in Palm Beach — the unofficial Southern White House — sits in the path of the storm.

This is only the second time on Earth since satellites started tracking storms about 40 years ago that maintained 185 mph winds for more than 24 hours, Colorado State’s Klotzbach said.

“It’s just scary, you know? We want to get to higher ground. Never had a Cat 5, never experienced it,” said Michelle Reynolds, who was leaving the Keys as people filled gas cans and workers covered fuel pumps with “out of service” sleeves.

previousWyman Duggan hauls in $53K to kick off HD 15 bid