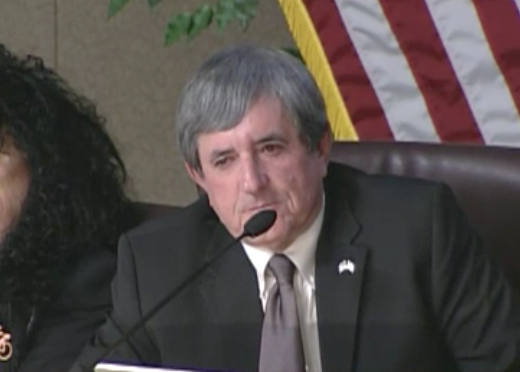 A 40 percent federal cut in grant money used by local mental health diversion centers means a $1.2 million shortfall this year for the county’s central receiving center to assess mental health crises, including those brought in by law enforcement officers seeking to get medical treatment rather than jail time for individuals.

Since its creation 14 years ago, the Belvin Perry, Jr. Central Receiving Center has been viewed statewide as a model to get people swiftly into secure, clinical settings where they can be evaluated. This allows law enforcement officers to quickly return to the street, rather than having to sit in hospital emergency rooms or simply book patients into jails.

Orange County officials are pulling together an ad-hoc plan to replace the funding for this fiscal year but that will require an additional $450,000 in county tax dollars to keep the center open. There is a long term plan of hoping to convince the Florida Legislature to restore state funding for next year, Donna Wyche, manager of mental health and homeless services for Orange County, told county commissioners Tuesday.

That request will come to the board next month.

Wyche outlined the effects of the state budget cuts at the request of Orange County Commissioner Pete Clarke, who said they were causing long-term problems because lawmakers were being “shortsighted” about immediate state budget savings.

“At the end of the day it’s about public safety. We want to get law enforcement officers back on the street. We want to get people to the place they want to be,” Clarke said.

“The unfortunate thing that we’re hearing is we’re already looking at about a 15 percent cut even before the Legislative Session starts,” she said. “So with that on the horizon, and us [Florida] being 50th in the nation, what I can tell you is, we’re probably one of the most underfunded areas in the state, but at 50th in the nation, probably every county would say the same thing at this juncture.”

The plan Wyche outlined calls Central Florida Cares Health System, a not-for-profit organization contracted by the Department of Children and Families to oversee state-funded mental health and substance abuse treatment services in Orange County, to redirect $450,000 in state funding left over in another program, matched by an Orange County commitment, and for pledges of $150,000 grants from the city’s two largest hospital companies, Orlando Health and Florida. But it’s a one-time deal. The center has an annual budget of just over $3 million, and Orange County already puts up half of that, she said.

The state funding cut comes on top of a lost $20 million federal grant that also was providing some funding for mental health services, so operations already have been cut back, she said.

“We can keep everything operating, not at previous levels for sure, because they took that other hit,” Wyche said later.

nextKathy Castor: Don't be scared to sign up for Affordable Care Act