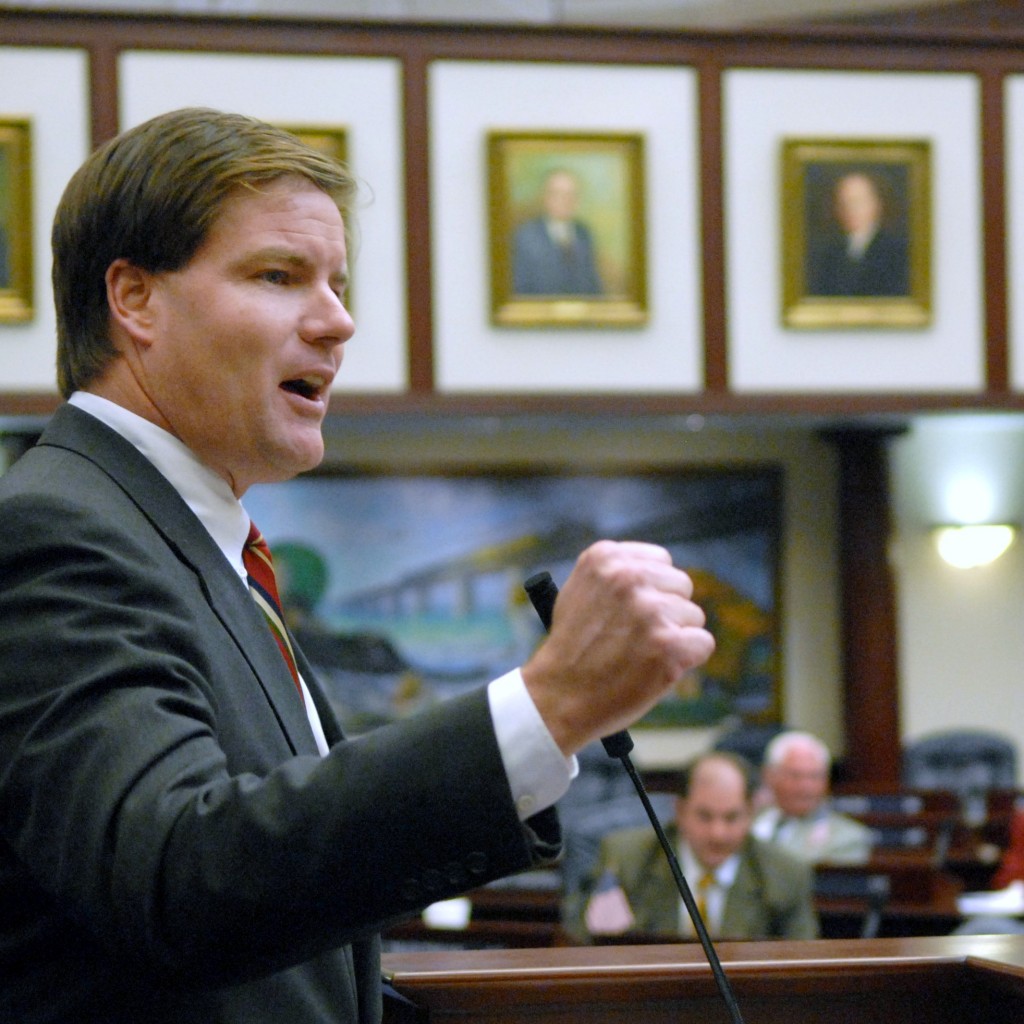 A Senate panel on Tuesday narrowly approved a bill that would place into law a program that seeks to dissuade women from having abortions.

Sen. Aaron Bean on Tuesday seemed surprised that his proposal was controversial. The National Organization for Women, which opposes the measure, encouraged its members to dress like the concubines in “The Handmaid’s Tale,” a dystopian novel where the United States is overthrown and women are stripped of their rights.

“Maybe you think I’m too naive,” Bean, a Fernandina Beach Republican, said. “It’s not meant to be controversial. It’s not meant to drive a wedge between members. It really is a choice bill. A choice for life. A place where people can go that fosters life.”

Florida has had a “pregnancy support services” program since 2005, when lawmakers first agreed to fund it. Housed in the Florida Department of Health, the program exists because the Legislature annually provides money for it.

Lawmakers earmarked $4 million in general-revenue funds for the initiative in the fiscal year that started July 1.

Bean’s bill, which was approved in a 5-3 vote Tuesday by the Senate Health Policy Committee, would codify the program in state law and require that at least 90 percent of the state funds that support it be spent on pregnancy support and wellness services rather than the currently required 85 percent. Codifying programs in law helps make them more permanent than approving them annually in the budget.

The bill would require the state to contract with the Florida Pregnancy Care Network, a nonprofit organization that provides financial and other support to pregnant women and their families through an alliance of pregnancy support organizations. The bill is filed for the 2018 Legislative Session, which starts in January.

This is the second time Bean has sponsored such a proposal. Meanwhile, the House Health & Human Services Committee next week is expected to consider the House version (HB 41), filed by Tampa Republican Rep. Jackie Toledo.

University of South Florida Student Annie Filkowski testified before the Senate panel Tuesday about her experience at a Fort Myers center when she was 16 and thought she was pregnant.

After passing a clinic with the sign “free pregnancy tests” on her way to school, she decided to seek help.

“The room they took me into looked nothing like any doctor’s office I’ve ever been in before,” said Filkowski, now 19. “It looked more like a therapist office; there was one big couch, a love seat, a tissue box and a Bible.”

Filkowski said the providers gave her a pamphlet on Christianity before being told the results of the pregnancy test. After being told the test was negative, Filkowski said, she was given a lesson on “abstinence and how I could still be saved despite the mistakes I’ve made.”

Senate committee member Lauren Book, a Plantation Democrat, proposed an amendment to the bill that would have required the Office of Program Policy Analysis and Government Accountability to conduct a study on the effectiveness and cost of the program and to recommend whether it should be continued or eliminated. Bean opposed the amendment, which failed in a 5-3 party-line vote.

Bean said his bill would require information distributed by the pregnancy support centers to be up to date and the sources of medical information cited.

Book and Sen. Bill Montford, a Tallahassee Democrat, weren’t assuaged and asked if any Florida Department of Health staff members were in attendance.

Book asked the question after picking up literature at one of the centers that she visited several weeks ago with a friend, she said.

After a brief pause, Scoggins replied to Book: “I am not medical staff.”

Before voting on the bill, Naples Republican Sen. Kathleen Passidomo, said she had gotten emails from people all over the state about women being required to go to the clinics.

Bean stressed, though, that the centers help women who go voluntarily.

Book told Bean she planned to work with him as the bill moves forward to ensure that information provided at the clinics is accurate.

Bean, though, reserved the right to keep a focus on preventing abortions.

“If medically correct information includes abortion, then maybe we just have to disagree,” Bean said. “Because this is a place that’s abortion free. It’s an abortion-free zone.”

nextSunburn - The morning read of what's hot in Florida politics - 11.8.17