Regulators to look at need for two power plants 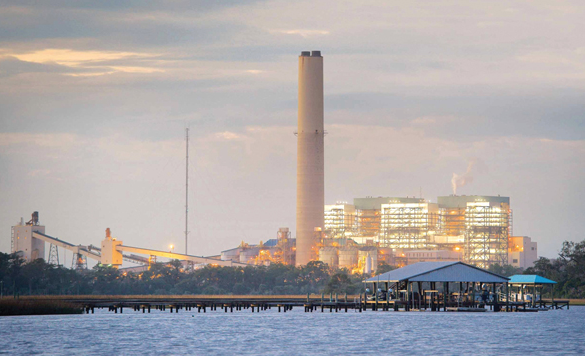 State regulators will hear arguments in March on proposals for two new power plants in Putnam and Pasco counties that would supply electricity to customers of electric cooperatives throughout Florida.

Filings last week with the state Public Service Commission show a two-pronged strategy by Seminole Electric Cooperative, Inc., to help meet future power needs. Seminole, which provides wholesale power to cooperatives throughout the state, wants to build a 1,050-megawatt plant at its already-existing site in Putnam County and contract for electricity generated at a 573-megawatt plant in Pasco County that would be owned by a subsidiary of General Electric Co.

The Public Service Commission has scheduled a hearing March 21 on key regulatory approvals — known as seeking determinations of need — for the projects.

Tampa-based Seminole Electric Cooperative also has a proposal pending in the Florida Division of Administrative Hearings as it seeks a separate regulatory approval for the Putnam County project under a state power-plant siting law. Both new plants would be fueled with natural gas, and the strategy also includes shutting down a smaller coal-fired plant at the Putnam site north of Palatka.

In the petitions filed with the Public Service Commission, Seminole said it has a “significant need” for additional power in the 2021 and 2022 timeframe. At least in part, that stems from the expiration of agreements to purchase electricity from other sources.

The new Pasco County plant, which would be adjacent to the existing Shady Hills power plant, would start operating Dec. 1, 2021, according to the filings. Seminole would have a 30-year contract to buy electricity produced at the plant.

If the determinations of need are denied, Seminole said it would have to continue operating the coal-fired plant in Putnam County and would need to buy power at a higher cost.

“Non-approval would mean that Seminole’s members (electric cooperatives throughout the state) and the members’ retail member-consumers would be denied the most cost-effective, risk managed power supply solution,” the petitions said.

The Seminole proposals are part of a broader move in the state’s utility industry to build natural-gas plants and shut down older facilities. Florida Power & Light, for example, is seeking approvals for a new Dania Beach plant and has undertaken projects in recent years at Cape Canaveral, Riviera Beach, Port Everglades and in Okeechobee County. Also, Duke Energy is building a natural-gas plant at Crystal River.