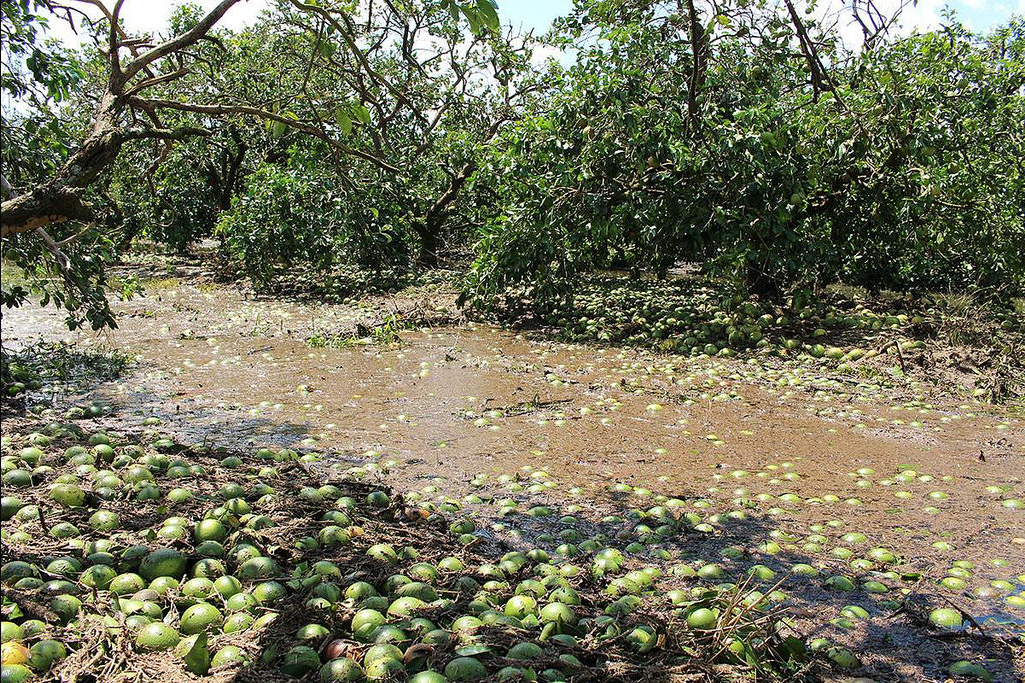 A spending bill approved by Congress and Trump includes nearly $90 billion for disaster relief, with $2.36 billion aimed at assisting the agriculture industry for losses from Hurricane Irma in Florida, Hurricane Harvey in Texas and Hurricane Maria in Puerto Rico.

“The passage of this spending bill is a critical first step to finally getting Florida’s farmers, ranchers and growers long-awaited and desperately needed relief,” state Agriculture Commissioner Adam Putnam said in a prepared statement. “Without this emergency assistance, Florida agriculture cannot fully recover from the unprecedented damage caused by Hurricane Irma.”

“I think it’s appropriate for the state to help mitigate some of those losses,” Negron said Thursday.

The state House Ways & Means Committee, which is putting together its own tax package, has reviewed a proposal that would offer one-time tax refunds on fencing and building materials for non-residential farm buildings. Also, a proposal would offer refunds on state and local taxes applied to fuel used to transport agriculture products from farms to processing and packaging facilities.

The Senate proposal, still being drafted, will be part of a broader tax-cut package, Negron said.

Gov. Rick Scott has requested $180 million in tax and fee cuts as lawmakers work on a budget for the 2018-2019 fiscal year, which starts July 1.

Negron said the overall Senate package could feature a reduction in a business-rent tax and include aspects of Scott’s proposal. Scott is seeking reductions in driver’s license fees and to provide tax “holidays” on back-to-school items and hurricane supplies.

Putnam’s department has estimated that Irma inflicted $2.5 billion in agriculture losses, ranging from $761 million in damages in the citrus industry to $624 million in the nursery industry and $237.5 million in the cattle industry.

Scott, Putnam and members of Florida’s congressional delegation have called for months for federal help for the state’s farmers. Irma hit the state Sept. 10 and caused heavy damage in areas such as citrus-growing regions of Southwest Florida.

Florida Department of Citrus Executive Director Shannon Shepp said the newly approved federal money will help growers “reinvest in their groves and look forward to new seasons ahead knowing that help is, indeed, on the way.”

The approval of the federal money came shortly after the U.S. Department of Agriculture on Thursday lowered its projection for the current season’s Florida orange crop by 2 percent from a January estimate. That would put the harvest 34.5 percent below the last season’s five-decade low yield.

The industry also has battled deadly citrus-greening disease for a decade. But before Irma, Shepp said the industry was counting on growers increasing their orange output by nearly 10 percent.

Democratic U.S. Sen. Bill Nelson called the federal relief package “a big win for all those who are still struggling to recover from last summer’s devastating storms.”

Scott, expected to challenge Nelson for the U.S. Senate seat in November, said that in addition to helping with recovery of the citrus industry, the federal funding will “better prepare our communities as they continue to welcome families displaced by Hurricane Maria and aid in Puerto Rico’s recovery.”

Among other things, the federal funding also provides $17.39 billion for the U.S. Army Corps of Engineers, including funding to repair damage caused by natural disasters, construct flood and storm damage-reduction projects and potentially to speed repairs to the Herbert Hoover Dike around Lake Okeechobee.