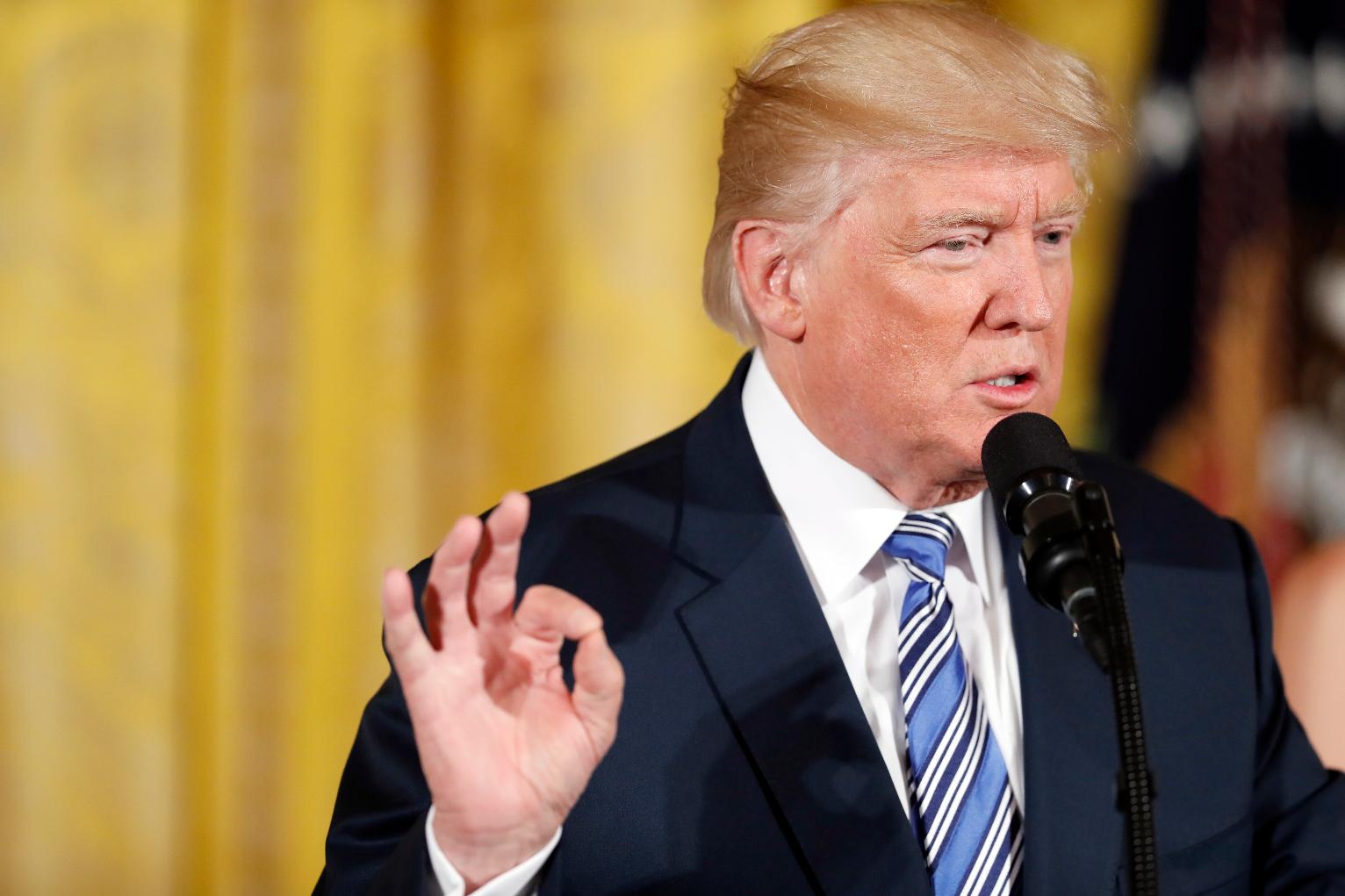 More than $100 million will likely be spent during the next seven months as two of Florida’s top elected officials go head-to-head in the mid-term contest for a spot in the U.S. Senate.

The long-anticipated contest in which Gov. Rick Scott will try to unseat U.S. Sen. Bill Nelson became official on Monday.

Key issues that could shape the contest include the mass shootings at Pulse nightclub in Orlando and at Marjory Stoneman Douglas High School in Parkland and hurricanes Irma and Maria.

But a third man not in the ring, President Donald Trump, is expected to play a pivotal role throughout the campaign.

“No issue will take as much importance other than, ‘Will you support Trump?’ ” Patton said. “Hell, I’m not sure it’s even about supporting Trump’s agenda — it’s about do you support him.”

Scott formally entered the race Monday with an announcement in Orlando, and the contest is considered one of the keys to control of the U.S. Senate.

Neither Nelson nor Scott would be described as overly charismatic.

Scott, 65, is in his eighth year as the state’s top executive. Nelson, 75, the only statewide elected Democrat, is completing his third term in the Senate.

Susan MacManus, a political-science professor at the University of South Florida, said the race will be “highly nationalized.”

“By Election Day, Floridians will be thinking Trump and (House Minority Leader) Nancy Pelosi are on the ballot along with (Senate Majority Leader) Mitch McConnell and (House Speaker) Paul Ryan,” MacManus said. “Florida Democrats have warned the party not to focus too much on Trump. But for other Democrats, all they need is to see the strong connections between Scott and Trump.”

The Nelson-Scott contest will be a marquee event in Florida on a ballot that also will feature a governor’s race, contests for the three statewide Cabinet positions and potentially more than a dozen proposed constitutional amendments.

Scott’s history suggests he will attack Nelson aggressively as “a liberal and ineffective,” said Aubrey Jewett, a political-science professor at the University of Central Florida.

“Scott will also emphasize his role in restoring the Florida economy in terms of jobs and growth and probably seek to portray himself as successfully dealing with the Parkland shooting and the nursing home deaths in South Florida,” Jewett said, referring to deaths after Hurricane Irma. “Nelson will attack Scott for his ties to President Trump over and over again and also on nursing home deaths after the hurricane and for not doing enough in the aftermath of the Parkland gun deaths. Nelson will point to his moderate-to-progressive record on a variety of issues that are frequently more in step with Florida public opinion.”

Historic trends show the party that lost the White House in the previous election having a strong mid-term surge. Democrats playing up a “blue wave” in November will have to retain Nelson’s seat to have any hope of reclaiming a majority in the Senate.

The Democratic group American Bridge 21st Century anticipates Scott will revert to digging into his own bank account to offset any backlash against the White House.

Scott spent at least $73 million of his own money to win his first campaign and another $13 million four years later. His closely aligned state political committee Let’s Get to Work burned through $5.8 million after the 2016 contest to mostly promote his agenda.

Nelson’s re-election committee has just over $8 million on hand and minutes before Scott’s announcement on Monday sent out an email saying, “The only way we’re going to defeat Rick Scott and protect Florida’s Senate seat is if everyone — and I mean everyone — gives $5 or more right now.”

Patton said even with “oodles and oodles” of money flowing into a Senate contest, which is considered a toss-up by most political prognosticators, the Nelson-Scott match will “pale in comparison” to feelings about Trump.

“Trump will drown everything else out,” Patton said.

“Scott must walk a fine line when it comes to President Trump,” Jewett said. “Scott must not alienate the Trump voters — without them he has little chance of victory — but on the other hand probably will not appear personally with Trump and (will) seek to make the election about the incumbent Nelson rather than a referendum on Trump, which will be difficult to do.”

The governor was an early endorser of Trump and chairs the New Republican PAC, which has raised money for the president. Scott has also embraced their friendship on issues such as securing funding to speed work to repair the Herbert Hoover Dike around Lake Okeechobee and getting the Trump administration to issue a statement that Florida would be removed from offshore drilling plans.

Trump during public events repeatedly encouraged Scott to run for the Senate.

However, the governor has on occasion tried to put some distance between himself and Trump, such as when the president used a vulgar slur to disparage Haiti and African nations or when Scott urged Congress to extend the Deferred Action for Child Arrivals program for children who are undocumented immigrants.

None of that means the opposing parties won’t zero in on the rival candidates.

Democrats have already focused on low and stagnant wages to counter Scott’s job-growth narrative. Playing up companies that have handed out bonuses or pay increases, Republicans have gone after Nelson for voting against a federal tax overhaul approved by Congress last year. Nelson criticized the tax bill as being unfair in favor of corporations.

The National Republican Senatorial Committee has long focused on Nelson, including portraying him as working for “Washington liberals.”

Nelson and Scott share one part of their political pasts: They both beat Republican Bill McCollum, a former congressman and state attorney general.

Nelson has lost only one contest since first appearing on a ballot in 1972 when he ran for the state House. He fell to former Gov. Lawton Chiles in the 1990 Democratic gubernatorial primary.

Scott, a former health care executive who settled in Naples, upset McCollum, the party establishment pick, in the GOP gubernatorial primary in 2010. Amid Republican waves, he defeated then-state Chief Financial Officer Alex Sink in the 2010 general election and former Gov. Charlie Crist in the 2014 election.

In recent months, Democrats, able to focus on special-election contests since Trump’s 2016 victory, have won a number of races nationally in areas carried by Trump. That includes a state House district in Sarasota County that was won by Democrat Margaret Good.

previousLast Call for 4.9.18 — A prime-time read of what's going down in Florida politics