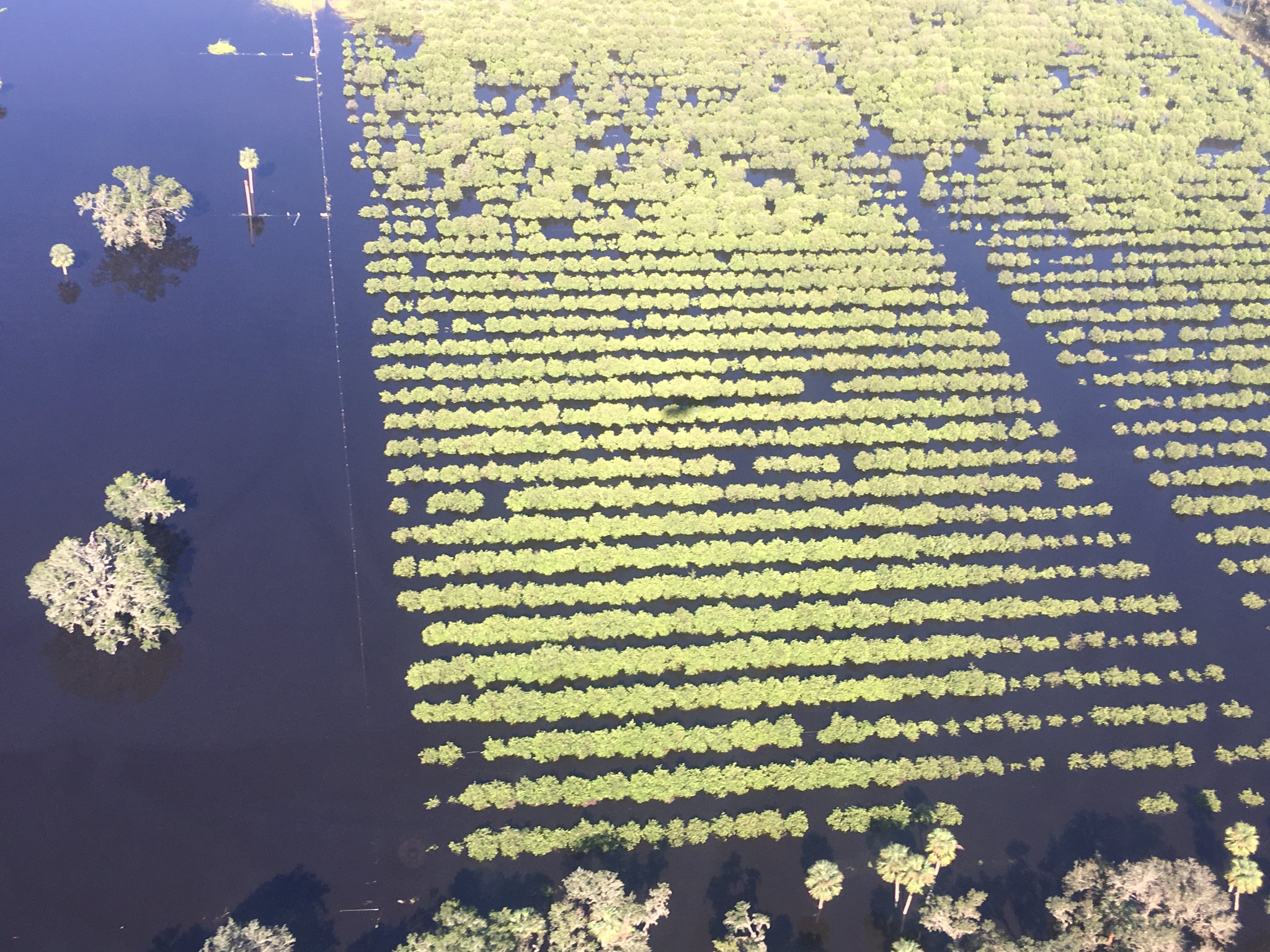 Sen. Denise Grimsley, a Sebring Republican, wants the state to expand on a temporary relief package for farmers that the Legislature rolled out after Hurricane Irma.

Rep. Matt Caldwell, a North Fort Myers Republican, wants to put pressure on the federal government to shift more authority over federal services to the state Department of Agriculture and Consumer Services “to ensure that the needs of our farmers and the agricultural community is met.”

Former Rep. Baxter Troutman, a Winter Haven Republican, speaks of a need to strengthen roads, rails and ports, while fortifying utilities and keeping workers safe so they can quickly return to work.

And Homestead Mayor Jeff Porter, a Democrat, wants the state to establish a separate emergency relief fund for farmers and ranchers, separate from one that is typically opened for all businesses impacted by natural disasters.

Hurricane Irma, which inflicted $2.5 billion in losses to Florida’s agricultural community, was just one in a series of natural disasters across the nation in 2017 that showcased the precarious nature of growing and distributing food.

Grimsley, Caldwell and Troutman indicated they intend to build on the work of outgoing Agriculture Commissioner Adam Putnam, who is running for Governor. Porter, meanwhile, contends Putnam has been more “reactive than proactive.”

“I lived through one of the worst natural disasters in our nation’s history when Hurricane Andrew leveled the city of Homestead,” Porter said. “As a city council member, vice-mayor, and mayor of Homestead over the last 15 years, I know from experience that planning in advance is more beneficial to the community than reacting after the disaster has hit. I’m not only talking about hurricanes but the fruit fly infestation that hit the agricultural community and floods and cold snaps.”

Grimsley said Putnam has worked “tirelessly within the constraints of his budget.”

“The next commissioner has the opportunity to build upon and enhance those efforts with long-term preparation in mind,” Grimsley said.

While saying Putnam has done “a great job understanding the industry’s challenges,” Caldwell said more needs to be done to hold the federal government accountable.

“There is bureaucracy left over from the Obama administration that has caused a backlog in the federal government’s ability to respond to natural disasters quickly,” Caldwell said. “It took the federal government nearly five months after Congress approved funding for crop recovery from 2017 hurricanes and storms to draft procedures for requesting funds. As the commissioner of agriculture, I will be an active voice in Washington for our industry, and I will work with my agency staff to look at turnkey solutions rather than wait on and rely on the federal government.”

Florida’s citrus industry was particularly hard hit by Irma, which made landfall in September in Monroe and Collier counties and then barreled up the state. Florida will get a federal block grant worth $340 million to go exclusively to the citrus industry.

The citrus industry also has struggled for years with deadly citrus-greening disease.

Caldwell said he intends to call for research and development on “stronger crop varieties” such as sumo citrus, tangelos and ruby red grapefruit that fared bettered against the disease than traditional Florida navel oranges.

After Irma, the Legislature created tax breaks on fuel used to transport agricultural products, on agricultural materials purchased for repairs and for citrus packing houses that had their businesses interrupted by the storm or citrus disease.

Grimsley wants the Legislature to expand on those efforts by “encouraging the hardening of facilities and structures.”

“A long-term approach to this would allow for refitting of farm operations to make certain that the next time disaster strikes, our state’s agriculture industry is well prepared and can quickly get back up and running,” Grimsley said.

Grimsley also envisions the State Agriculture Response Team, or SART, taking on a year-round responsibility to work with local officials on “challenges from high winds, heavy rains, flooding and wildfires.”

“That would include developing best practices, offering mitigation cost-share programs when appropriate, and routinely investing in equipment and supplies staged specifically for disaster response,” she said.

Troutman said avoiding disruptions of food production and distribution requires continuing many of Putnam’s policies, while also looking for “new ways to innovate and modernize” the industry.

“I would strongly promote policies to strengthen and protect the industry from all threats: natural, man-made, and economic,” Troutman said.

Porter would like the state to consider putting farmers and ranchers in a higher priority category in areas such as debris removal, which could help “reduce their overall losses and enable these businesses to save crops and livestock which helps all involved.”

And due to the importance of agriculture on the state’s economy, Porter, said a reserve fund should be set aside in the budget for agricultural businesses to help growers recover.

“Currently, those affected in the agricultural community must stand in line with all businesses or wait on federal relief which can takes many months,” Porter said. “By funding a special ‘locked box’ reserve . . . we would be able to disburse funds quicker to farmers and ranchers in need. This fund could be replenished once the slow moving federal funds are released.”

Agriculture Commissioner is one of three Cabinet jobs that will be on the November ballot, along with Attorney General and state Chief Financial Officer.

Other announced candidates for agriculture commissioner, Republican Mike McCalister and Democrat David Walker, a marine biologist from Fort Lauderdale, did not respond to requests for comment before a Monday deadline about disaster-related issues.