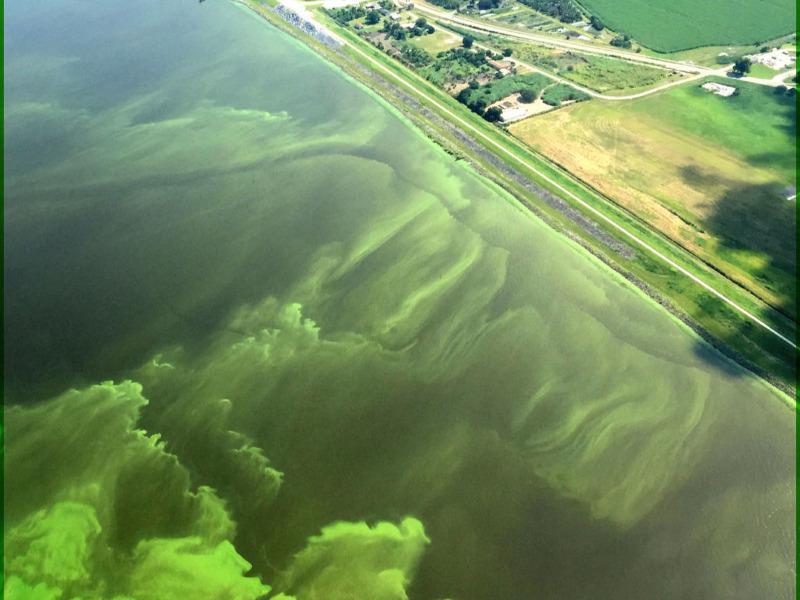 The White House has backed Florida’s effort to secure federal funding for a reservoir intended to move water away from Lake Okeechobee and reduce discharges that residents blame for repeated toxic algae outbreaks spreading on both coasts.

The request by the U.S. Army Corps of Engineers to include funding for the roughly $1.6 billion Everglades Agricultural Area Reservoir, approved by the state Legislature last year, now heads to the U.S. Senate. The plan is expected to be included as part of America’s Water Infrastructure Act of 2018.

The reservoir was a priority for Florida Senate President Joe Negron, a Stuart Republican who is leaving office in November.

“This project, spearheaded by state Sen. Negron and coupled with existing efforts, will greatly reduce the harmful Lake Okeechobee discharges once again threatening our coastal communities,” Rubio said in a press release before discussing the algae outbreak on the Senate floor on Tuesday.

“I am encouraged by the administration’s continued engagement on Florida’s water issues, and I look forward to working with the president to fund the expedited construction of these critical Everglades restoration projects.”

On Wednesday, Rubio asked the Small Business Administration to provide help to small businesses adversely affected by the algal blooms.

Gov. Rick Scott, who has close ties to President Donald Trump, took to social media to praise the White House action, which came a day after the governor took a boat tour of the impacted waters in Southwest Florida and issued an emergency declaration regarding the outbreak.

The state is banking that the federal government will pick up the tab for half of the project, projected to cost about $1.6 billion.

“This reservoir is an indispensable component to finally eliminating the harmful discharges from Lake Okeechobee that are polluting our estuaries and waterways,” Negron said in a statement Tuesday night.

Negron expressed hope that the initial permitting and engineering for the reservoir can begin within the next few months.

“This is an emergency; time is of the essence,” he said.

Tuesday’s approval by the White House’s Office of Management and Budget came a day after Scott imposed an emergency order for Glades, Hendry, Lee, Martin, Okeechobee, Palm Beach and St. Lucie counties over the reemergence of toxic algae outbreaks in the St. Lucie and Caloosahatchee estuaries. A similar outbreak of “guacamole-thick” algae blooms spreading across the Treasure Coast spurred the Legislature to advance plans for the reservoir two years ago.

The governor directed the Department of Environmental Protection (DEP) and the South Florida Water Management District to waive various restrictions and regulations to store water in additional areas south of the lake.

Also, Scott ordered the DEP to set up a grant program to help local governments pay for clean-up services. The governor told the Department of Economic Opportunity to assist businesses impacted by the algae outbreak.

And Scott ordered state health officials to inform Floridians and visitors of the dangers of algal blooms, and directed tourism officials to find ways to reduce the impact of the outbreak on the state’s travel industry.

Updated 1 p.m. — Scott in a statement said he has “aggressively fought for these communities since I became Governor … The approval of the reservoir project is a tremendous step toward storing more water south of Lake Okeechobee.

“Once again, our communities are facing a threat from water being released by the federal government from Lake Okeechobee. In Florida, to minimize the impact of these water discharges, we have taken decisive action to find more water storage to protect our rivers and coastal estuaries. This includes the reservoir project that I worked with the Florida Legislature to accelerate and the critical repairs to the Herbert Hoover Dike that we urged to be included in supplemental disaster funding.

“Also, I issued an emergency declaration this week, so the state can do everything in our power to mitigate the immediate threat of the Army Corps of Engineers’ water releases.

“Now that this project has been approved by the White House, there is no excuse for Congress not to advance and fund the reservoir as soon as possible. Congress must act immediately to help find a solution to the water that the Army Corps of Engineers is releasing into our coastal communities.”