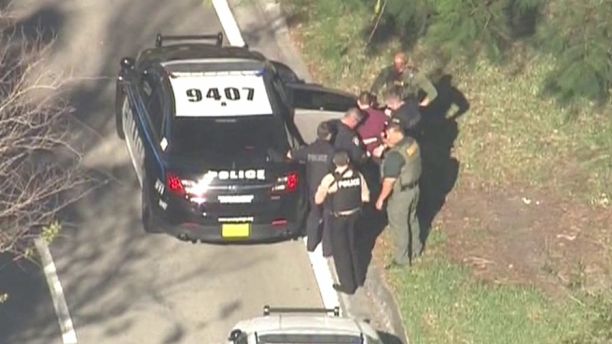 Guy Grace, a school-security official whose Colorado community was rocked by the 1999 murders at Columbine High School, shared school-hardening solutions Wednesday with a commission formed after this year’s mass shooting at Marjory Stoneman Douglas High School in Parkland.

“There is never a day, never a day of school safety or never a day in our community where you’re not reminded of that tragedy,” said Grace, director of security and emergency planning for the Littleton, Colo., public schools, referring to the incident when two students shot and killed 12 students and one teacher at Columbine. “Days when I go by the cemetery that is by Peabody Elementary School — that is a school where I patrol everyday — I go by there, and there’s the crosses that are up in that cemetery to honor the victims of that tragedy.”

Grace spoke to members of the state-created Marjory Stoneman Douglas High School Public Safety Commission during a meeting in Sunrise and said he sees “eerily” similar issues between Littleton and Parkland related to concerns such as mental health and school security.

Grace explained security measures that have been implemented for schools in his district, including unified command centers, which are modeled after law-enforcement dispatch centers, with trained security personnel monitoring video and other technology.

“If your security cameras were installed in the 1990s, then it’s time to install new cameras,” Grace said.

“The main message I would like to say is empowering our students and our staff to not live in fear,” he said during a break. “And utilizing technology, practices and procedures and procedural things to enhance our ability for our teachers to teach and our students to learn and our community to not worry about our schools.”

Changes include additional school resource officers and security personnel, a buzz-in system for the front office, 52 new cameras, new fencing and locks on doors and a new fire-alarm tone. After the Feb. 14 shooting, students became traumatized by the old fire-alarm tone. The gunman pulled a fire alarm once he entered the school and started shooting.

Students and staff will wear identification badges at all times on campus. Clear backpacks, which were implemented after spring break, will no longer be required.

Throughout the Broward County district, security enhancements include more active-shooter drills, upgraded cameras with a central monitoring system and single-point entries for visitors.

Marjory Stoneman Douglas Principal Ty Thompson said in a July 19 tweet the school would install metal detectors by the start of classes on Aug. 15. However, Broward County Superintendent Robert Runcie reversed the plans.

Runcie said the school district will use a pilot trial of metal detectors until it considers possible issues such as privacy concerns and screening over 3,000 students in a timely manner every morning.

“As we continue our due diligence to implement the program — consulting with vendors and experts and reviewing turnkey solutions — many issues have been raised that require the district to pause and have a more thoughtful discussion on policy and procedural aspects of this pilot,” Runcie said in a letter to the school community.

“I thank Guy for coming here today and bringing all his knowledge, but it really upsets me because there is no one in this district that has his knowledge, and I don’t understand why the School Board has not hired somebody that can bring his knowledge — someone that has made the school district safe in the past,” he told reporters during a break. “It pains me because I don’t have any children going to Marjory Stoneman Douglas, but if I did, I would not feel safe based on the decisions that the School Board is making. They’re flip-flopping. They’re saying they’re going to put things in place and then they cancel it. They’re going to do things — then they’re not going to do it. The leadership is abysmal, and something needs to change.”