Democrats for Ag. Commissioner struggle to be heard 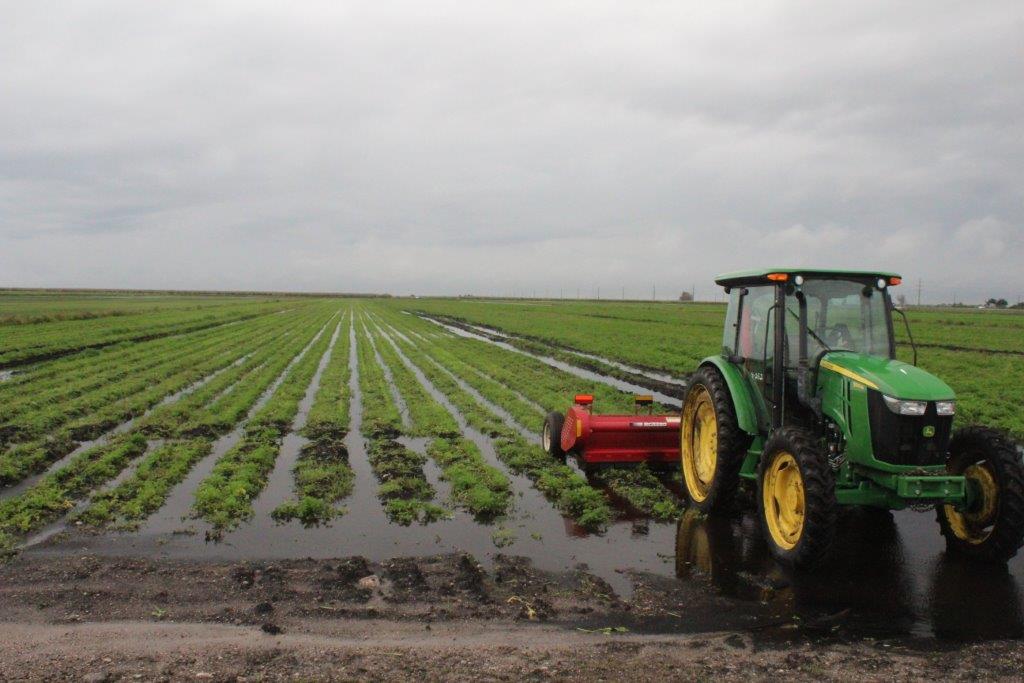 Photo via Florida Department of Agriculture and Consumer Services.

Florida’s Democratic primary for Agriculture Commissioner has been a struggle for attention, with the three-candidate contest seemingly lost amid the clamor of a high-profile gubernatorial race and more-contentious Cabinet battles.

With relatively little money compared to statewide candidates in other races, the Democrats running to replace term-limited Agriculture Commissioner Adam Putnam are a scientist, a South Florida mayor and a marijuana lobbyist. They agree on most issues but are having to scratch to raise Democratic voter awareness.

“Well … yes, it is a problem that the governor’s race is sucking all the oxygen and media attention from the other down-ballot races,” said Homestead Mayor Jeff Porter, who is on the ballot against environmental scientist Roy David Walker and attorney and lobbyist Nikki Fried. “The voters will be deciding on four Cabinet posts that are all executive level, and nine out of 10 voters we speak to have no idea about the position or the candidates.”

Walker, from Wilton Manors in Broward County, said the duties of the Department of Agriculture and Consumer Services should make the contest second in importance to the Governor’s race.

“With the current red tide killing our sea animals and toxic algae blooms threatening public health and our economy, the department is finally getting some coverage,” Walker said. “However, this is not enough.”

Political scientists across the state have also struggled when asked to assess the contestants bidding to replace Putnam, a Republican running for Governor.

“It wouldn’t surprise me if it was 50 percent undecided on the Republican side (in the agriculture commissioner race), and I’d be shocked if it wasn’t higher on the Democratic side,” said University of Central Florida political-science professor Aubrey Jewett. “It makes it very difficult (for voters) if it’s a low information race. It puts it right up there with a lot of the judicial races people have to vote on.”

The winner of the Democratic primary will take on the victor in a Republican primary involving state Rep. Matt Caldwell of North Fort Myers, Sen. Denise Grimsley of Sebring, former Rep. Baxter Troutman of Winter Haven and Mike McCalister, a tree farmer from Plant City.

Fried, 40, is a Miami native who received her bachelor’s, master’s and law degrees at the University of Florida, where she served as student-body president in 2002 and 2003. Before heading into private practice, she worked for the Alachua County public defender’s office.

As a lobbyist during the 2018 Legislative Session, she represented the Florida’s Children First social service advocacy agency; the Broward County School Board; and San Felasco Nurseries, which was one of the first medical-marijuana license holders in the state.

She said in a campaign biography that she is running for the statewide job because politicians failed Floridians in implementing medical marijuana “despite 72 percent of Floridians voting to approve a medical marijuana law.” She was referring to a 2016 constitutional amendment that broadly legalized medical-marijuana in the state, though legal and regulatory battles continue about the way the amendment is being carried out.

Fried, who has a political committee Florida Consumers First, had raised more than $248,000 as of Aug. 3, with some of the money coming from sources in the medical-marijuana industry.

Porter, 58, is a Homestead native who grew up in Mississippi before returning to South Florida where he attended Miami Dade College. He opened World Wide Supply Solutions and has spent 15 years on the Homestead City Council, including three terms as mayor.

Through his campaign account and a political fund, Friends of Jeff Porter, he’d been able to raise just over $94,000 as of Aug. 3.

Walker, 33, is a Plant City native and president of the South Florida Audubon Society who says he’s a “true Democrat with Democratic values.” He has questioned past donations and canvassing efforts by Fried for Republicans.

Walker has worked for the United States Geological Survey, the National Park Service and the Florida Fish & Wildlife Conservation Commission, researching the impacts of climate change and invasive species in the Everglades.

All three say they would try to reduce the impacts of toxic algae blooms now infesting South Florida waterways; push for more research to stop citrus greening, which has strangled the citrus industry; and advocate for fair deals for Florida farmers in the ongoing effort to renegotiate the North American Free Trade Agreement with Canada and Mexico.

But they don’t fully agree on every role of the agency, which has a wide range of duties such as consumer protection, overseeing gas stations and handling concealed-weapons licensing.

Walker would appoint a deputy commissioner to provide more oversight of the operations of the consumer services side of the department.

Also, while all three question Putnam’s handling of the conceal-weapons licensing program, Walker and Fried believe the state needs to consider moving the program to the Florida Department of Law Enforcement.

Porter supports keeping the application process within the Department of Agriculture and Consumer Services.

“I would hire a team with a law-enforcement background to oversee this critical program to all Floridians,” Porter said.