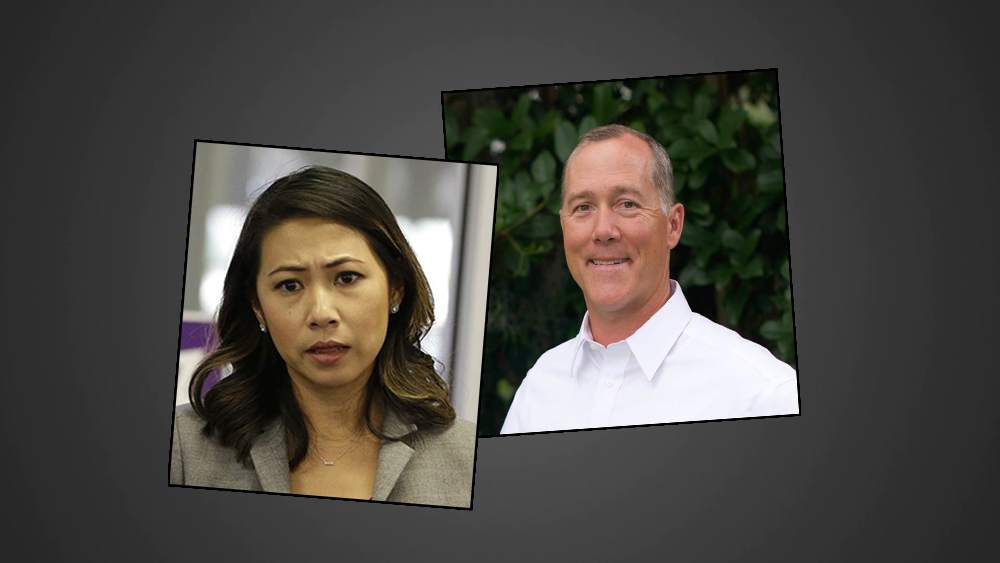 While most stories this week will focus on Florida’s high-profile races for Governor and U.S. Senate, the most exciting contest might well be for Congressional District 7 in Orlando. This race pits freshman Congresswoman Stephanie Murphy against state Rep. Mike Miller.

Miller just squashed businessman Scott Sturgill by 24 percent in the GOP primary — despite Sturgill’s spending advantage and the fact that two-thirds of the district’s Republicans live in Sturgill’s home county of Seminole.

In 2016 Murphy shocked political observers by defeating longtime Congressman John Mica. However, the feat seems somewhat less impressive when considered in context: Mica was a 24 -year incumbent who, by many accounts, failed to take Murphy seriously in a district that voted for Hillary Clinton by 7 points.

While District 7 is Democratic in a presidential year, Rick Scott won it by two points in 2010 and 2014. It’s well known that Democrats perform better in presidential years because of higher minority and youth turnout — however, the swing is stronger in District 7 because thousands of UCF students vote in presidential years but can’t be bothered to show up in gubernatorial years. Moreover, Miller has a history of outpacing the top of the ticket in his races.

Of course, money matters. In that respect, Murphy looks strong with over $2 million in the bank and more promised by Nancy Pelosi.

This is where I diverge somewhat from the metric-driven analysis so single-mindedly favored by D.C.’s chattering class. They seem to believe candidates are merely instruments controlled by talented consultants and whose only ability is to raise money. Those same data-driven experts would have never put money behind the Democrats gubernatorial nominee, Andrew Gillum, for instance. Nor did they put any credence behind Donald Trump in 2016.

Call me crazy, but I believe candidates matter.

If I was a betting man — wait, I am a betting man, so here’s goes nothing — I’m pushing all my chips in on Miller.

In his 2014 primary, Miller won 74 percent of the vote to the early favorite who ran a well-funded campaign. He then went on to defeat the incumbent, a popular former two-term Orange County Commissioner and now-state Senator, Linda Stewart. In 2016, in a district that voted for Clinton by 12 percent, Miller defeated Beth Tuura by 6 percent — a whopping 18-point swing.

Miller — a former Division 1 scholarship athlete — is a fierce competitor. He pitched for the North Carolina Tar Heels championship team in 1989 and later played for the Gators. Even if you don’t like baseball, it’s hard not to respect a guy who played for two elite teams. Campaigns are competitions — don’t underestimate a candidate whose desire to win has been tested in the ACC and SEC.

Lastly, as much as it pains this Seminole to praise a Gator, Miller is the real deal. I know his slogan sounds simple, but just ask yourself, do you actually know anyone who’s met Mike and doesn’t like him? “I Like Mike,” will be something you hear a lot in the coming weeks and — simple or sublime — it accurately reflects most folks’ feelings about Mike.

Here’s my prediction: The first poll will show well-known, incumbent Congresswoman Murphy up, but what won’t be reflected in the poll will be the fact that in this almost evenly divided district Republicans will come home and like in previous off-year elections, they will turn out in larger numbers than Democrats.

Here’s how I see the race breaking down.

First, look at how much better Scott is doing against Bill Nelson with Hispanics and particularly, Puerto Ricans, who dominate the Hispanic voter rolls in Central Florida. Miller is a favorite of Scott’s and since his race will be right under the U.S. Senate on the ballot, he will benefit from the Governor’s savvy and hard work with local Puerto Ricans.

Second, the national Democrats supporting Murphy will almost certainly overplay their hand by trying to compare Miller to Trump. These inevitable (but implausible) attacks will invite the more accurate comparison between Murphy and Pelosi, in response. In every poll I’ve ever seen, Trump beats Pelosi, so Democrats nationalize this race at their peril. In watching news interviews like the one Murphy gave to WESH’s Greg Fox or the League of Women Voter’s candidate forum she is not a particularly effusive candidate.

Third, this district is a siren song to Democrats. Seduced by Clinton’s strong numbers in 2016, their hopes are likely to be dashed unless national Republicans are fooled by the same deceptive numbers. In 2016, Trump lost college-educated Republican women. Trump has consolidated the Republican vote and is now much more popular among Republicans than he was in 2016, which would help any Republican nominee in this race. Moreover, no one will be able to credibly turn Mike Miller into Donald Trump and make college-educated women despise him.

Another positive is fellow college baseball star Ron DeSantis who will be able to turn out those so-called Trump voters like no other Republican.

That’s why for Congressional District 7, the Schorsch rating would be: Leans Mike Miller.