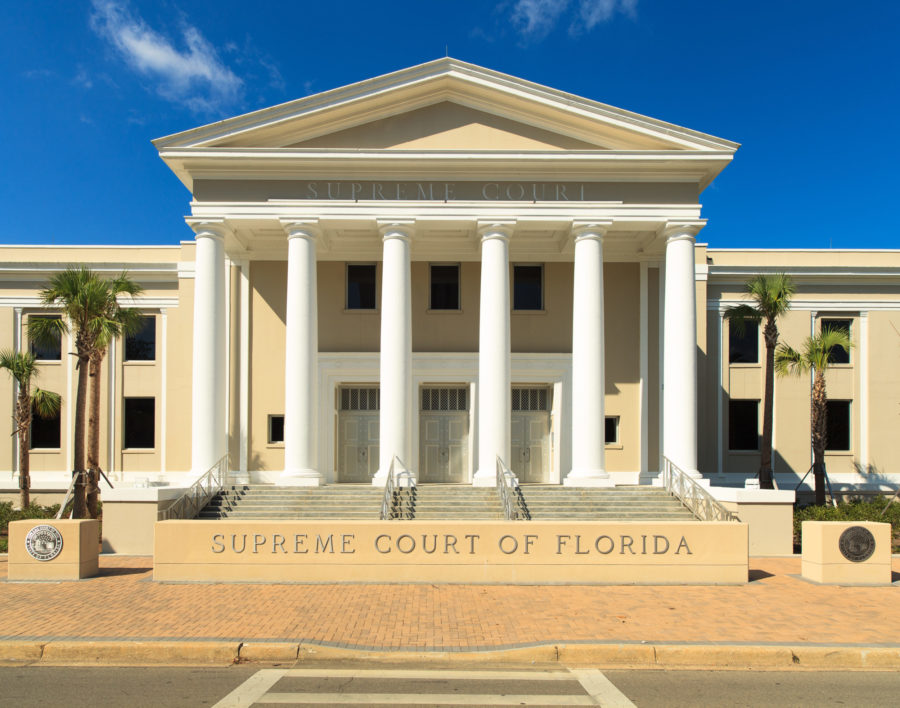 After saying last month that it was blocking a controversial education measure from the November ballot, the Florida Supreme Court has released details of the ruling that show sharp differences about a proposal that one justice said would have brought a “monumental” change to the state Constitution.

Justices, in a 4-3 decision, said the proposed constitutional amendment had “defective” ballot wording that would not inform voters of the measure’s “true meaning and ramifications.” The ruling centered on how the proposal would have affected the creation of charter schools — a hot-button issue in Florida’s education system.

The state Constitution Revision Commission, which was largely appointed by Gov. Rick Scott and Republican legislative leaders, approved the proposal this spring to go before voters Nov. 6. The proposal linked three issues: imposing term limits for school boards, requiring the promotion of civic literacy in schools and changing part of the Constitution that gives school boards the power to operate and control schools in their districts.

The Supreme Court majority, made up of justices Barbara Pariente, R. Fred Lewis, Peggy Quince and Jorge Labarga, said the proposal would not explain key ramifications of the amendment to voters.

“By limiting a district school board’s authority to operate, control, and supervise to only those public schools it establishes, a somewhat indirect — but significant — limitation is also placed on the authority of district school boards to establish, or approve the creation of, public schools within their districts. It is this significant but undisclosed effect of the amendment that had the fervent support of charter school advocates,” Pariente wrote in a concurring opinion joined by Lewis.

“Rather than advise voters of this critical change — which would have allowed a debate on the merits of centralized, uniform control of the establishment of charter schools — the ballot summary fails to explain the true effect of the amendment,” Pariente added. “In fact, the ballot summary disguises this monumental change to our state Constitution by vaguely referring to school board ‘duties’ and using terms that voters would not easily understand, such as ‘established by’ and ‘not established by’ — terms not previously used in the Florida Constitution.”

But Chief Justice Charles Canady, in a dissent joined by justices Ricky Polston and Alan Lawson, wrote that the ballot summary — the wording voters see when they cast ballots — “correctly identifies the chief purpose of the proposed amendment.”

In reviewing proposed constitutional amendments, the Supreme Court is supposed to look at the wording of the ballot title and summary and not delve into the merits of proposals. Canady, who wrote that he “strongly” dissented, contended that the court majority improperly made its decision by going into the detailed text of the proposed constitutional change.

“Here, as in the case of many constitutional provisions, space is established for the Legislature — which promulgates state policy through laws consistent with the Constitution — to make various policy choices related to implementation of the amendment,” Canady wrote. “As the summary discloses, the amendment clearly affects schools not established by a school board. The policy choices related to such schools are properly left by the amendment to the Legislature. To conclude otherwise — as the majority does — is to attack the substance of the amendment itself.”

The 37-member Constitution Revision Commission meets every 20 years and has unusual power to place proposals directly on the ballot. The commission this spring approved eight amendments for the Nov. 6 ballot, but several drew legal challenges, including a lawsuit filed by the League of Women Voters of Florida seeking to block the education measure.

Leon County Circuit Judge John Cooper in August ruled that the amendment should not go on the ballot, prompting the state to take the dispute to Supreme Court. Justices last month said they were blocking the amendment but did not issue the full opinions until Monday.