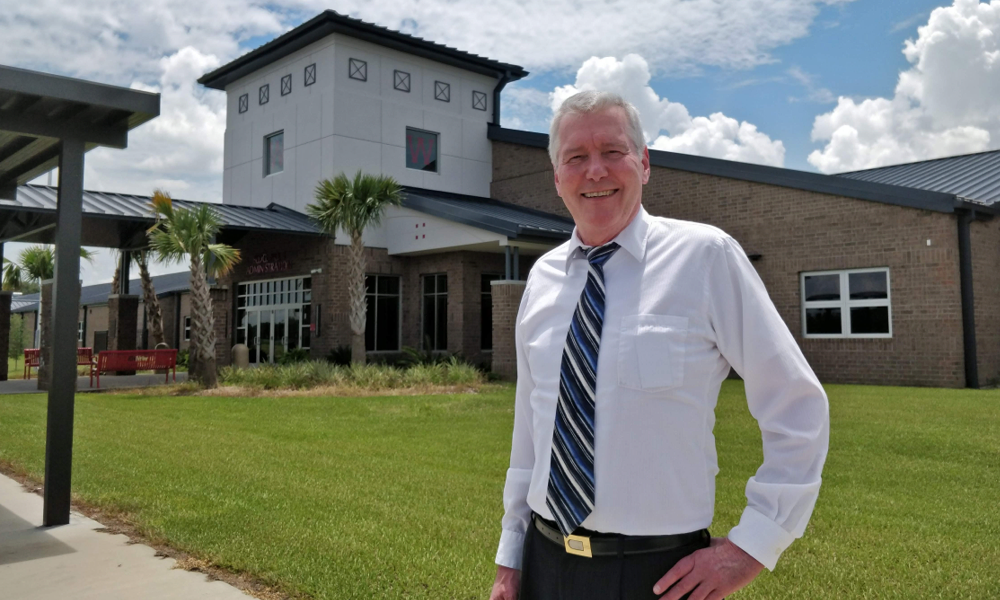 If you are a candidate and would like to complete the questionnaire, email [email protected]

I have a life partner of 26 years. No children, but we have a dog and three cats. I also care for about two-dozen feral cats.

Majored in business administration and economics at Temple University in Philadelphia. Worked full-time in the steamship industry while attending college. My occupations include a 6-year stint as a manufacturing manager for an industrial heat treating equipment firm located in the Philadelphia suburbs. Later served as a financial analyst and operations manager in the financial services industry in Jacksonville, Florida, for fifteen years. Primary occupation is that of a writer and historian, having authored no fewer than a dozen books on American political history.

I was a newspaper boy, delivering the Pittsburgh Post-Gazette in the mornings and the Sharon Herald in the afternoons while living Grove City in northwest Pennsylvania.

Having spent more than 40 years of my life battling the duopoly and given the sorry state of American politics, I figured this is no time to quit.

I spoke with a few Reform Party leaders, but I also consulted many other people, including friends and family — all of whom encouraged me to make this “last hurrah.”

My most trusted advisor is my campaign manager, Austin F. Cassidy of Jacksonville. Without his heavy involvement in this campaign I would not be running.

My campaign manager and his wife, Andrea, were among my first contributors, each generously donating $1,000. San Diego businessman Rocky De La Fuente, who intends to challenge President [Donald] Trump for the Republican presidential nomination in 2020, was the first person to contribute a maximum individual contribution of $3,000 — making that generous donation a couple of days after I declared my candidacy in early June.

Unfortunately, nobody leaps to mind. Sadly, there are few genuine representatives of the people in elected office at the current moment. We need more real public servants like my running mate, former State Senator Nancy Argenziano. She was a fiercely independent voice in the Legislature and, as perhaps the only consumer advocate to ever serve on the Public Service Commission, she refused to roll over for the utilities.

Oh, I don’t know. I suppose there’s a myriad of reasons. It can’t possibly have anything to do with the fact that one of Florida’s major parties nominated a gubernatorial candidate whose administration has been the subject of a troubling three-year FBI investigation into corruption in his city. Nor, I’m sure, does it have anything to do with the fact that both corrupt parties nominated candidates who’ve never spent any time whatsoever in the private sector, instead spending their respective careers feeding at the public trough.

Florida’s next governor is going to face many challenges. My administration’s top priorities will include reforming the way Tallahassee does business, including scrapping Gov. [Rick] Scott’s costly and ineffective Enterprise Florida — crony capitalism at its worst — cleaning up his environmental disaster, and ensuring the health and safety of all Floridians.

Are yard signs an important part of campaigning in your race?

Well, I currently have a couple thousand Richardson-Argenziano signs in my living room waiting to be distributed, so I guess I would say yes.

A variety of sources, including Florida Politics. I love A. G. Gancarski’s reporting. I also enjoy reading the latest writings by Thomas L. Knapp, an edgy and contemplative Libertarian polemicist from Gainesville.

I dread even thinking about it.

If we’re lucky, it’ll be a genuine outsider like Rocky De La Fuente — you know, somebody running for all the right reasons.  I suppose a Joe Biden or John Kasich presidency probably wouldn’t be too bad either. They’d certainly be an improvement over the current occupant of the White House.

End the hyper-partisanship and polarization of American politics. Can’t we all just get along?

College basketball. I’m a lifelong fan of the once-proud Duquesne Dukes, winners of the 1955 NIT championship. After a steady 40-year decline not unlike last year’s Cinderella Loyola of Chicago Ramblers, the long-suffering Dukes are poised to return as a national power under second-year head coach Keith Dambrot, one of the winningest coaches in the country.  You heard it here first.

previousLast Call for 10.25.18 — A prime-time read of what's going down in Florida politics