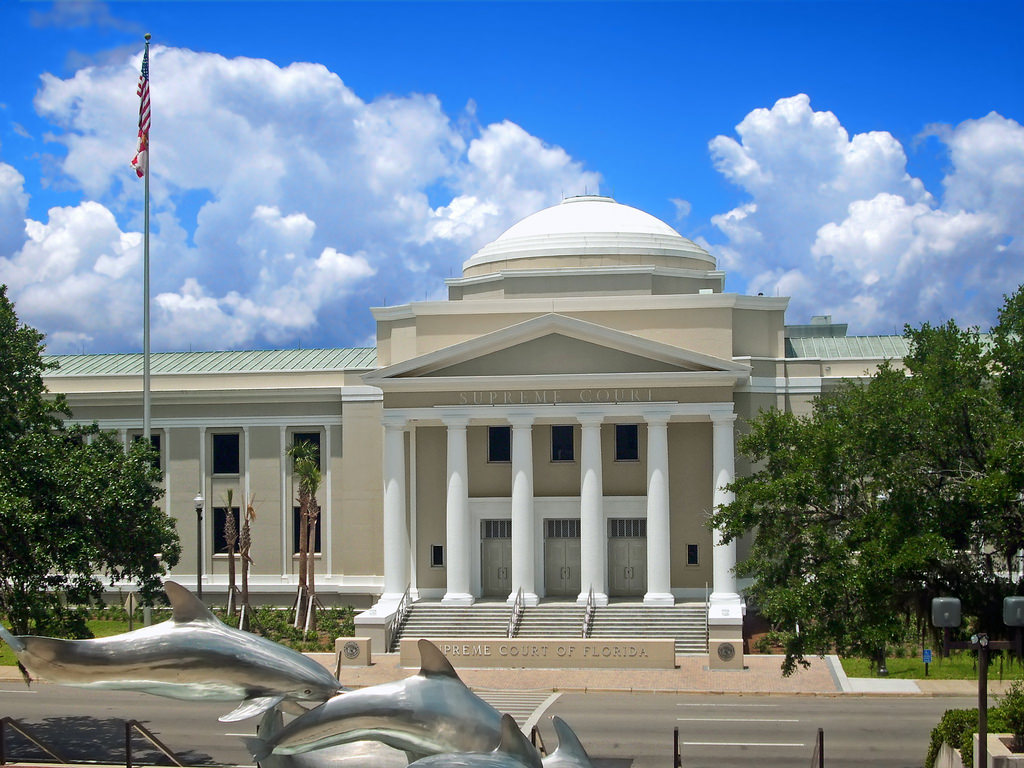 For the first time in 36 years, the Florida Supreme Court will not have an African-American member when three new justices join the court early next year.

Gov.-elect Ron DeSantis will select the new justices from a list of 11 nominees sent to him Tuesday by the Florida Supreme Court Judicial Nominating Commission. None of the nine judges and two lawyers on the nominee list is black, although six of the original 59 applicants were African-Americans.

That means when Justice Peggy Quince’s term ends on Jan. 8, it will mark the first time since January 1983, when the late Justice Leander Shaw joined the court, that the Supreme Court will not have a black member.

DeSantis will select the three justices to fill vacancies left by Quince and justices Barbara Pariente and R. Fred Lewis, who are leaving the court because they have reached a mandatory retirement age.

The looming absence of a black justice on the highest court in the nation’s third-largest state, which has more than 3.5 million African-American residents, drew sharp criticism from prominent black lawyers and a former African-American justice.

“It’s not a good day for the judiciary of the state of Florida when you’re going to look up there (at the Supreme Court bench) and not see anybody who is black after 36 years,” said former state Sen. Arthenia Joyner, a Tampa lawyer and longtime civil- rights leader. “What message are we sending to our kids? That it’s a complete reversal of going back to the days of segregation?”

Joyner, a Democrat, put the blame on Gov. Rick Scott, who has appointed all the members of the judicial nominating commissions that develop the appointment lists for state appellate and trial courts. She said Scott has filled the nominating commissions with members who advance judges who are “clones” of the conservative Republican Governor.

“This does not bode well for Florida, especially with the divisiveness that exists in this country right now,” Joyner said. “It’s so unfortunate that there is no way to fix this because Gov. Scott packed the JNCs with people who think like him.”

The DeSantis transition team on Thursday referred to a statement released by the governor-elect on Tuesday when the nominations were announced. DeSantis called the nominees a group of “talented and highly qualified individuals.”

“Gov. Scott leaves behind an outstanding legacy of strong judicial appointments while in office,” DeSantis said in the statement. He said he would rely on Scott’s counsel as he evaluates the nominees and will select three justices who “will respect our Constitution and the rule of law and serve our state with distinction.”

The Scott administration did not respond to a request for a comment on the court appointment process.

Retired Supreme Court Justice James E.C. Perry, who was appointed by former Gov. Charlie Crist and served nearly eight years on the court, said a court without a black justice “is an indication of where we are” both as a state and as a country.

“I’m appalled. But not surprised,” Perry, who is black, told The News Service of Florida. “Obviously, we’re retrogressing instead of progressing.”

Perry pointed to anti-immigrant policies such as the proposed construction of a wall along the Mexican-U.S. border, an idea espoused by President Donald Trump, whose strong support of DeSantis helped boost the governor-elect to a Republican primary victory in August.

“We’re talking about building a wall. We need to build a mirror, so we can look in the mirror. The message is clear. There wasn’t even an African-American who made the short list,” Perry said.

The lack of an African-American nominee for the seven-member Supreme Court is reflective of Scott’s judicial appointment legacy.

Since he took office in January 2011, Scott has not appointed a black judge to a state appellate court, according to a brief filed this month by the TJ Reddick Bar Association, a Broward County-based group that advocates on behalf of black lawyers, judges and law students. The brief was filed as part of a lawsuit challenging the appointment process

Scott has made 32 appointments to the five district courts of appeal, which have a total of 64 judges. None of the appointments involved a black judge, the brief said. Scott also appointed Justice Alan Lawson, who is white, to the state Supreme Court in late 2016.

There are two pending appointments on the 3rd District Court of Appeal in Miami. The court’s nominating commission has sent Scott a list of 10 nominees, including one African-American, Circuit Judge Eric Hendon of Miami. Scott has yet to act on the appointments.

Scott has appointed black trial judges during his two terms in office.

Statewide, 84 percent of Florida’s judges are white, 9 percent are Hispanic, and 6.6 percent are black, according to the Reddick association’s brief.

Former state Rep. Sean Shaw, whose father, Leander, was the second black justice to serve on the Supreme Court, said Scott’s appointment record on appellate judges underscores an indifference to supporting diversity in the court system.

“That doesn’t just happen,” said Shaw, who is a Tampa lawyer and was the unsuccessful Democratic nominee for attorney general this year. “Maybe five or maybe 10 vacancies. But 32 vacancies and not one African American appointed? … That’s extremely disappointing.”

Like Joyner, Shaw said the lack of diversity is the result of Scott’s decisions combined with his appointments to the judicial nominating commissions.

“If you don’t think that has been a politicalization of the judiciary, that’s exactly what’s going on,” Shaw said. “It’s disappointing that the third branch is getting as political as the others.”

There have been four black justices on the Florida Supreme Court during the modern era.