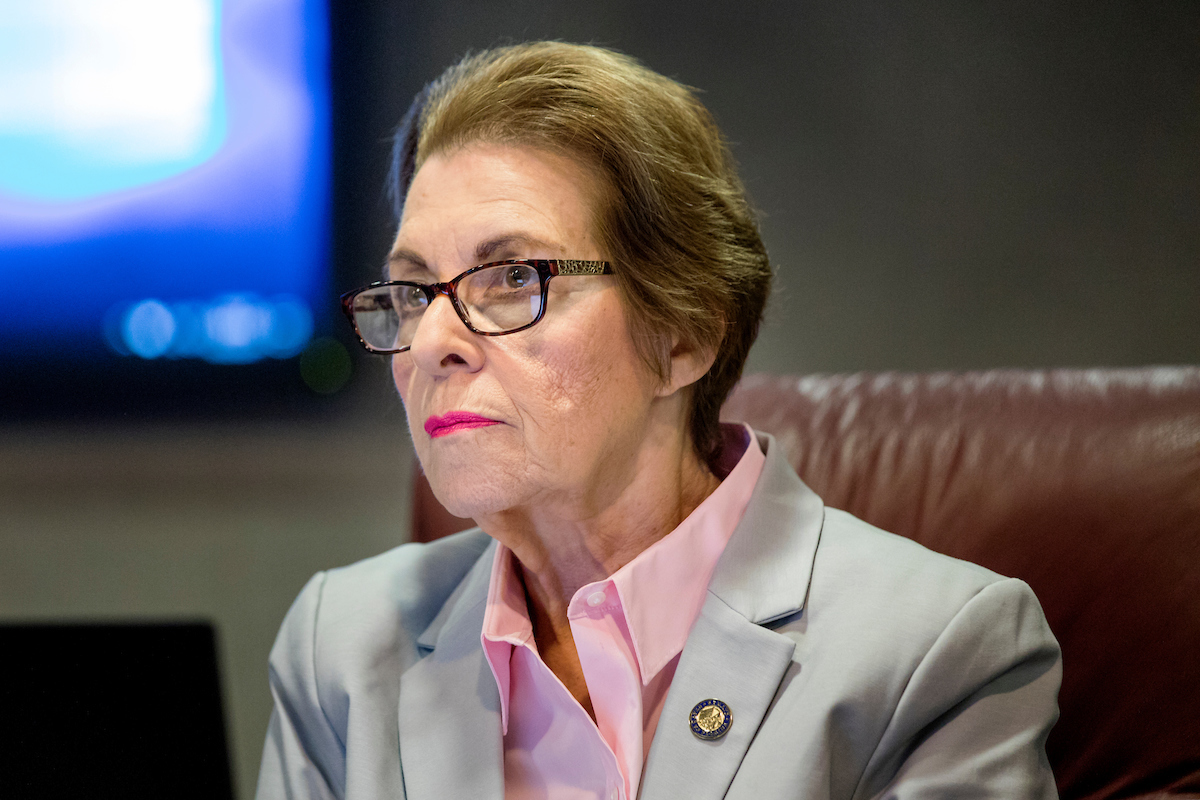 Florida senators recalled a late colleague who mixed an assertive nature with a quick wit, as lawmakers returned to the Capitol on Tuesday to begin preparing for the 2019 Legislative Session.

While many House members focused on learning the basics of being a legislator, the Senate held a brief memorial service for the late Sen. Dorothy Hukill, a Port Orange Republican who died in October after being a Senate point person on issues such as tax breaks and education.

Senate Minority Leader Audrey Gibson, a Jacksonville Democrat, said she misses “my diva friend” and recalled serving earlier in the House together and being able to discuss opposing views on bills while sharing Chinese food or exchanging “trinkets” of jewelry.

Gibson also talked of civility, noting she was often asked how the two were able to become friends despite being on different sides of the political aisle.

“It doesn’t matter if you’re a Democrat or Republican, whether you are white or African-American, what matters is you are friends, you can break bread together, you can do a little sipping together,” Gibson said. “All of those things that make us who we are, those are the things we should remember about being in this chamber and about who we develop friendships with. I’ll tell you what, it means a lot.”

Hukill, who represented southern Volusia and northern Brevard counties, died on Oct. 2, days after abandoning her re-election effort due to an “aggressive recurrence” of cervical cancer, which had forced her to watch the 2017 legislative session from home. She was 72.

Sen. Aaron Bean, a Fernandina Beach Republican whose desk was next to Hukill’s on the Senate floor, noted how it pained Hukill to be away from the Capitol in 2017.

“She enjoyed this process more than anybody,” Bean said. “That was the sad part for her, that she wouldn’t be part of the process when she became ill.”

Hukill, a New York native who attended St. John’s University School of Law, served as Port Orange mayor for four years before joining the state House in 2004. She served in the House until her election to the Senate in 2012.

Senate President Bill Galvano, a Bradenton Republican, said lawmakers could take lessons from Hukill, such as her practice of putting up signs to welcome people from her district who often planned months in advance to trek to the Capitol.

Also, Galvano said Hukill sought to inspire others, including her former legislative aide, Elizabeth Fetterhoff, who was elected to the House this year in a Volusia County district.

Fetterhoff has filed legislation (HB 73) for the 2019 Session that would require high-school students to take courses on financial literacy. The issue was a priority for Hukill. Sen. Travis Hutson, a St. Augustine Republican, has filed the proposal in the Senate.

The memorial came as members of the House and Senate returned to the Capitol for three days of getting training and information on subjects such as ethics, Medicaid and the state budget.

The orientation-type meetings will set the stage for committees to start taking up bills next month in advance of the March 5 start of the 2019 Session.

Following the November general election, the Capitol has more than 40 newly elected lawmakers. Returning Rep. Ray Rodrigues, an Estero Republican, said there are major differences between running a campaign and actually serving once elected.

“Frankly, I am glad we are doing this (providing the training and information). We didn’t have this during my freshman term,” Rodrigues said. “I know that when you come in, you know the area that you have some expertise on, but you really don’t know much about any of the others. It’s a steep learning curve.”

Newly elected lawmakers were sworn into office Nov. 20 and will hold a series of committee weeks in January and February before the start of the 60-day Session.