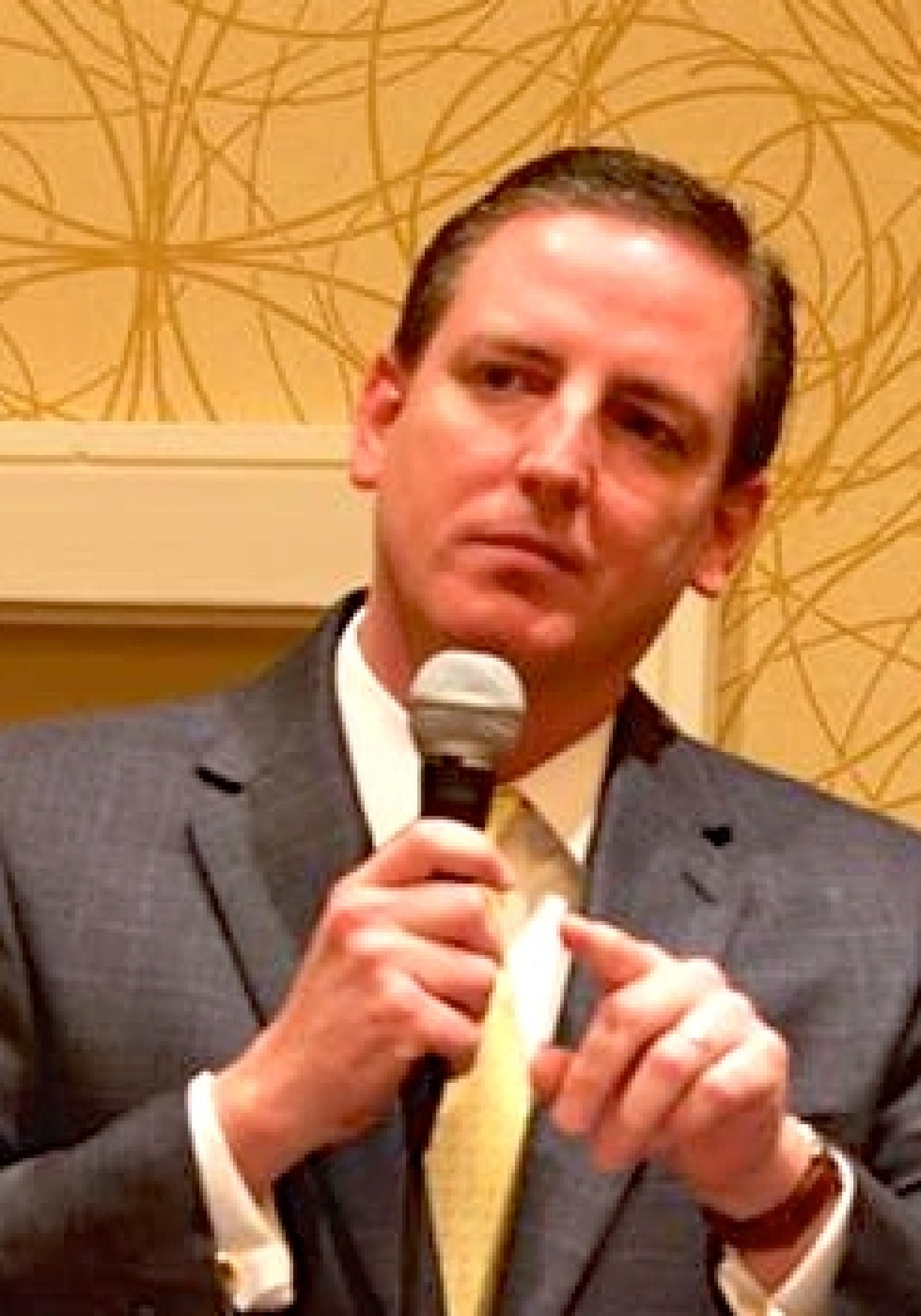 Florida Secretary of State Mike Ertel resigned Thursday afternoon after photographs surfaced of him appearing in blackface in 2005.

The Tallahassee Democrat reported that Ertel had posed as a Hurricane Katrina victim in blackface at a private Halloween party 14 years ago.

While that news item was being prepared, and after the newspaper had gotten his confirmation that it was him in the photograph, Ertel submitted his resignation to Gov. Ron DeSantis.

The Democrat said it had shared the photos Thursday with the Governor’s Office, which had not previously seen them. Ertel could not be reached for comment Thursday afternoon and did not respond to a text message.

The resignation likely serves as the ignominious end to the public service career of a Republican who regularly voiced a passion for voters’ rights and elections integrity.

Earlier Thursday Ertel was riding high in the saddle, three weeks after being sworn in as the state’s Secretary of State.

Thursday morning he was receiving high praise from members of the Florida House Oversight, Transparency and Public Management Subcommittee, which is chaired by a longtime friend and fellow Seminole County official, Republican state Rep. Scott Plakon.

As Ertel came to discuss the state’s elections systems and pending litigation left over from the 2018 campaign, members of the committee including Plakon, Democratic state Rep. Anna Eskamani from neighboring Orange County, and others praised him for being an elections official with a strong reputation for professionalism and integrity.

His fall from there was swift. Shock spread swiftly too.

Eskamani tweeted: “Mike’s quick resignation is a reflection of the man he is today. It was the right decision to make, and I wish him well.”

Ertel’s resignation letter declared his departure would be immediate and he told the governor it had been an honor to serve him.

The resignation is below. 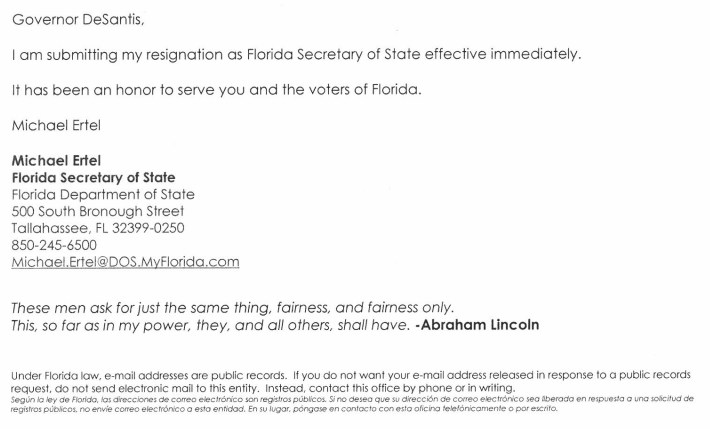