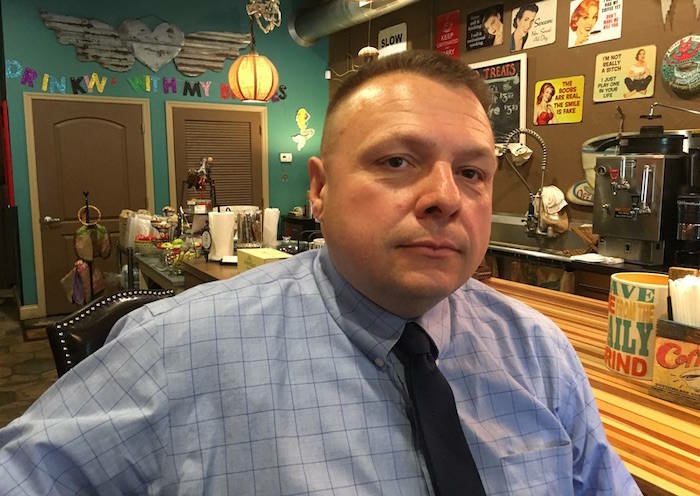 One of the Tampa Bay Times’ most seasoned and decorated journalists is headed to California.

In a Wednesday Facebook post, Puente said the new position was his “dream job” and that “the allure of a dream beat tilted the scale.”

“This decision couldn’t happen without Laura’s support. Fortunately, she is an amazing worker at a global firm based here. Her job is headed to Los Angeles. She’ll work remotely and frequently visit St. Pete. I’ll tag along sometimes,” he wrote.

“To be clear: I’m not unhappy at the Tampa Bay Times. I’m thankful that CEO Paul Tash, executive editors Neil Brown and Mark Katches, editors Jennifer Orsi, Graham Brink, Amy Hollyfield, Jamal Thalji, Bill Varian and Mike Van Sickler allowed me to chase stories in a way I love: shoe-leather reporting, knocking on doors and chasing all the thread I could find.”

Continued Puente, “The move to Los Angeles, however, takes me back to my roots. I covered the Cleveland Division of Police from 2007 through 2010 and later tussled with the Baltimore Police Department. As we know, cops are tough nuts to crack. It’s a challenge to squeeze them for information. My best work in Cleveland, which turned a sheriff into a felon, came after good cops grew tired of a corrupt sheriff and his cronies. With fair reporting, trust follows.”

“I’m eager to play again in that sandbox.” he said.

A three-time individual Pulitzer Prize nominee, Puente has made his mark as an investigative journalist.

The investigation, as described by the Times, “revealed how the local offices took credit for finding jobs for thousands of people who never sought help.”

The coverage prompted ousters of board members and employees and resulted in state and federal investigations.

“That’s not to mention several other hard-hitting stories about government misconduct and questionable spending of taxpayer dollars,” writes Hollyfield.

Puente began writing for the Times after more than five years at The Plain Dealer in Ohio. He worked a stint at The Baltimore Sun from 2014 to 2016, when the Sun, along with Puente, were Pulitzer finalists in the Breaking News category.

Last year, then Pinellas County Commission candidate Amy Kedron called the police on Puente after he tried to ask her questions outside of a political fundraiser.

A portion of Puente’s online Times bio reads: “When I am not talking to tipsters, reading public records or revealing government waste, I spend free time with my bride making homemade sausage and smoking meat on my Big Green Egg—called Precious.”