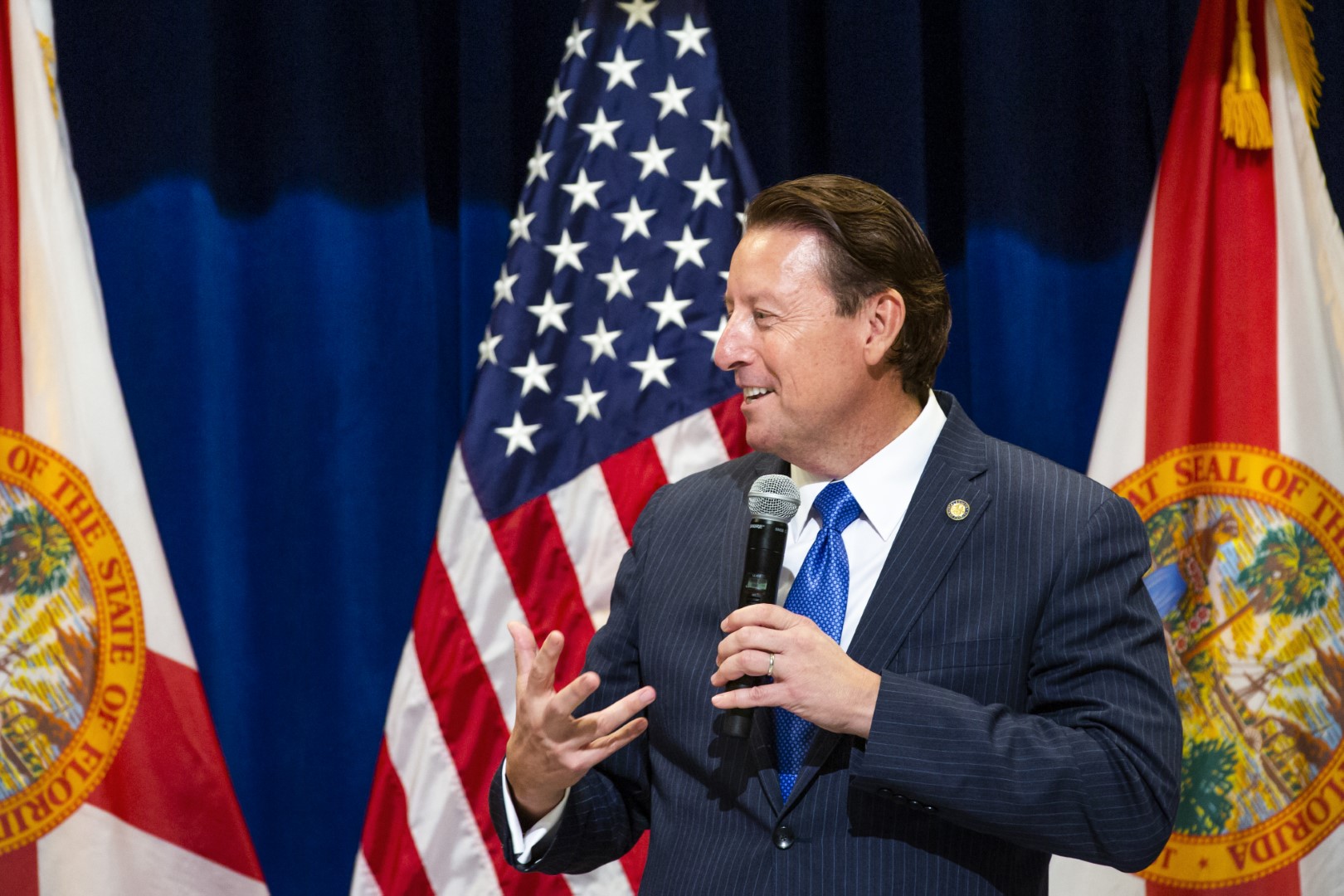 Senate President Bill Galvano is pursuing an aggressive transportation vision heading into the 2019 Legislative Session, but a potential conflict could loom on the use of toll roads.

With the 60-day Session starting Tuesday, Galvano has directed a Senate committee led by a veteran lawmaker to study extending two toll roads and reviving the plans for a third, all through mostly rural areas of the state.

The proposals, which involve extending the Suncoast Parkway and the Florida Turnpike and building the long-discussed Heartland Parkway between Polk and Collier counties, would help rural communities handle the state’s continued rapid growth and provide new hurricane-evacuation options, supporters say.

“Our vision is a multi-purpose corridor, that it’s not just a roadway,” Galvano, a Bradenton Republican, said. “It would lay the groundwork for water opportunities, sewer opportunities, as well as broadband.”

But while much of the early attention has focused on the pros and cons of planting more pavement, questions also have emerged about the use of toll roads.

Gov. Ron DeSantis, who has put an emphasis on relieving congestion in Central Florida and South Florida, has repeatedly raised concerns about the impact of toll roads on the pocketbooks of working Floridians.

“I’m sensitive to tolling,” DeSantis said while discussing transportation Jan. 22 in Miami. “That hits our blue-collar folks. It’s a big expense for them.”

On Feb. 13, two weeks after Galvano came out with his proposal, which likely would use tolls to cover bonded construction expenses, DeSantis’ view of toll roads hadn’t changed.

DeSantis believes road work could be covered in part by gas-tax money that Floridians send to the federal government.

“I don’t think you can only just do tolls,” DeSantis said in Miami. “Look, we pay gas taxes to the federal government and Florida gets less money in the highway trust-fund spending than what we send in gas tax money. I think that’s an inequity that I’d like to address.”

DeSantis, who hasn’t formally released a transportation plan, has said alleviating congestion is about increasing productivity, making roads safer and improving quality of life by allowing people to spend less time in their vehicles and more time with their families.

Galvano’s proposal is expected to be handled by the Senate Infrastructure and Security Committee, which is chaired by Thonotosassa Republican Tom Lee, a former Senate president. It includes extending the Suncoast Parkway from the Tampa Bay area to the Georgia border and extending the Florida Turnpike west from its current end point at Interstate 75 to meet up with the Suncoast Parkway.

Galvano said he sees the multi-use corridors as providing long-range benefits for mostly rural areas that have not kept pace with the state’s economic development.

“The reality is you have areas of the state that lack access,” Galvano said.

But Galvano said using tolls may be necessary to keep his plans rolling.

“The proposal that was laid out was not like let’s have these as toll roads,” Galvano said. “But I also do not think we’re going to make progress in any of our major infrastructure areas of the state unless we are willing to commit to a timeframe, which would have to include some sort of bonding. And therein enters your repayment sources.”

Under Galvano’s directive, costs and timelines are needed for the projects. A proposed extension of the Suncoast Parkway also emerged as a way to add another evacuation route after Hurricane Irma caused massive traffic problems in 2017.

The Heartland Parkway proposal has been around for years but has not been built. The Polk County Commission has already lent its support to the latest version of the proposal.

Galvano anticipates dedicating $75 million next fiscal year to be used for initial research and development of the three projects. Work wouldn’t begin until around 2023 and, if everything remains on track, the roads would be operating by 2030.

As he continues to craft his own transportation plans, DeSantis backs the use of rail service such as Brightline as long as it remains privately funded and also wants a focus on innovation, such as autonomous vehicles.

“If we’re here 10 years in the future, we’re looking back, there’s going to be things we take for granted that we’re not even thinking about right now,” DeSantis said while in Lakeland on Jan. 22