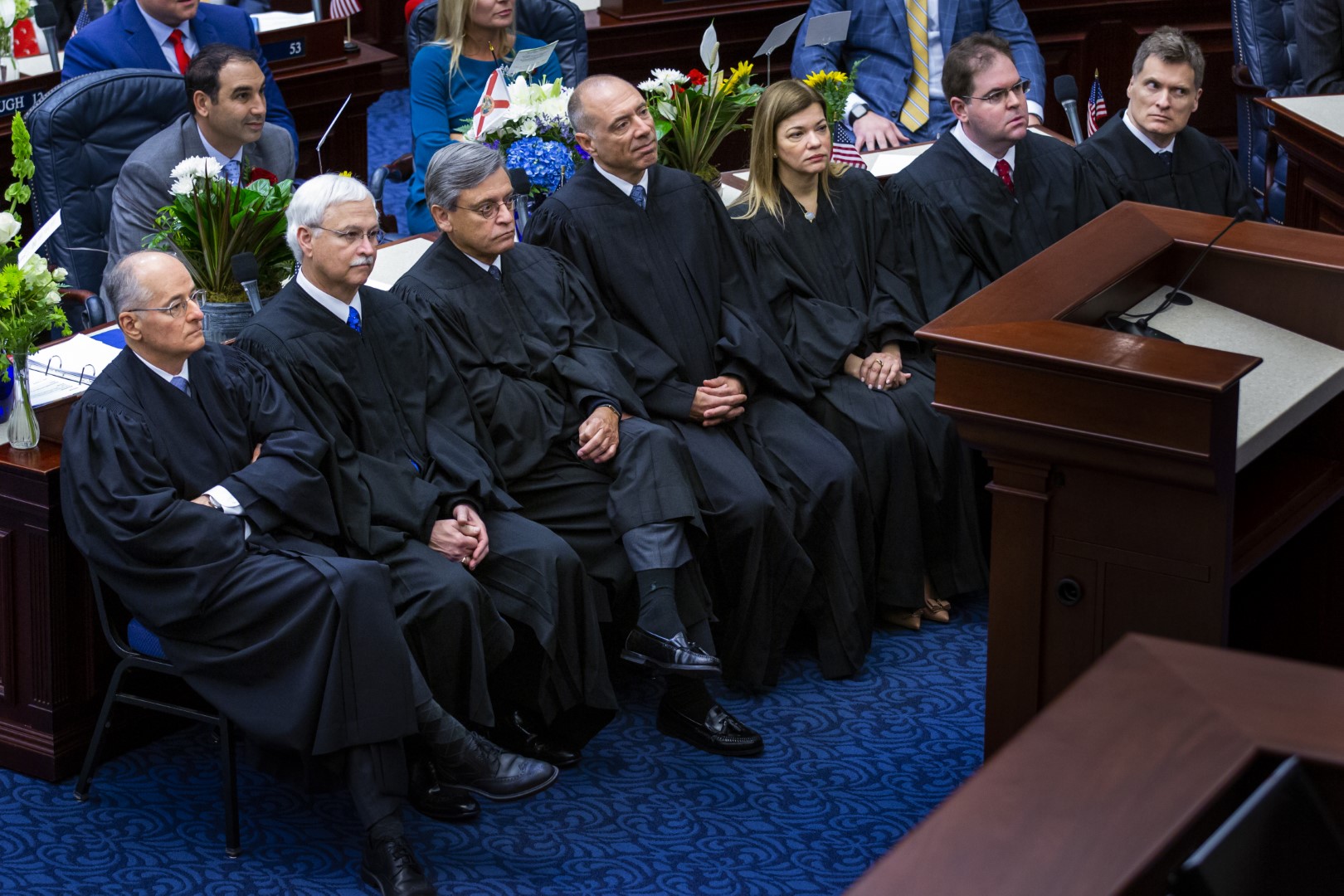 The high court has changed.

On Jan. 4, just days before the start of a makeover of the Florida Supreme Court, justices issued two 4-3 decisions.

The cases drew relatively little attention across the state — one dealt with Orange County elections, the other with attorney fees in a foreclosure battle. But on the losing end of the decisions were Chief Justice Charles Canady and his frequent allies Ricky Polston and Alan Lawson.

Justices, in a pair of 6-1 opinions Thursday, overturned the two rulings. The only dissenter in both cases: Justice Jorge Labarga, who had sided with Pariente, Lewis and Quince in January.

The new opinions are a tangible early sign about how the Supreme Court has changed since DeSantis appointed justices Barbara Lagoa, Robert Luck and Carlos Muniz to join fellow conservatives Canady, Polston and Lawson. The appointments erased a more-liberal majority that included Pariente, Lewis and Quince and had frequently bedeviled Republican leaders and business interests.

The Orange County and attorney-fee decisions are not the kind of high-profile issues that will draw heavy scrutiny or even necessarily reflect a conservative-versus-liberal divide. But they came as state policymakers ponder the effects of the Supreme Court makeover.

For example, the Florida House this week passed a bill that would require parental consent before minors could have abortions. The Supreme Court in 1989 struck down such a law as unconstitutional and has ruled in favor of abortion rights in other cases through the years. But now, with the more-conservative majority, lawmakers are debating whether a parental-consent law could be found constitutional — with Republican backers expressing confidence that it would.

The Orange County elections ruling Thursday offered a more detailed picture than the attorney-fee case about the new direction of the Supreme Court.

The case dealt primarily with a voter-approved 2014 ballot measure that called for Orange County’s constitutional officers, such as the sheriff, property appraiser and tax collector, to be elected in non-partisan races. It challenged the requirement, and the 5th District Court of Appeal ruled in 2017 that state law governed such issues and blocked non-partisan elections for the offices.

In the Jan. 4 ruling, Quince wrote a majority opinion that overturned the appeals-court decision and approved the non-partisan elections. Quince wrote, in part, that “we find that the Florida Election Code does not expressly preempt Orange County’s home rule authority to determine that constitutional officers be elected in a general election without partisan affiliation.”

Polston wrote a sharply worded dissent that said the majority “blatantly disregards the language of the Florida Election Code.”

The Supreme Court on Thursday withdrew the Jan. 4 majority opinion and substituted a new decision that tossed out the non-partisan elections.

Labarga wrote a one-paragraph dissent that said he continues to “agree with the analysis and conclusion reached by the earlier majority. Accordingly, I dissent from the current majority’s holding that the nonpartisan-election portion of the Orange County ordinance is preempted by the Florida Election Code and to the decision of the majority to recall the mandate issued in this case.”