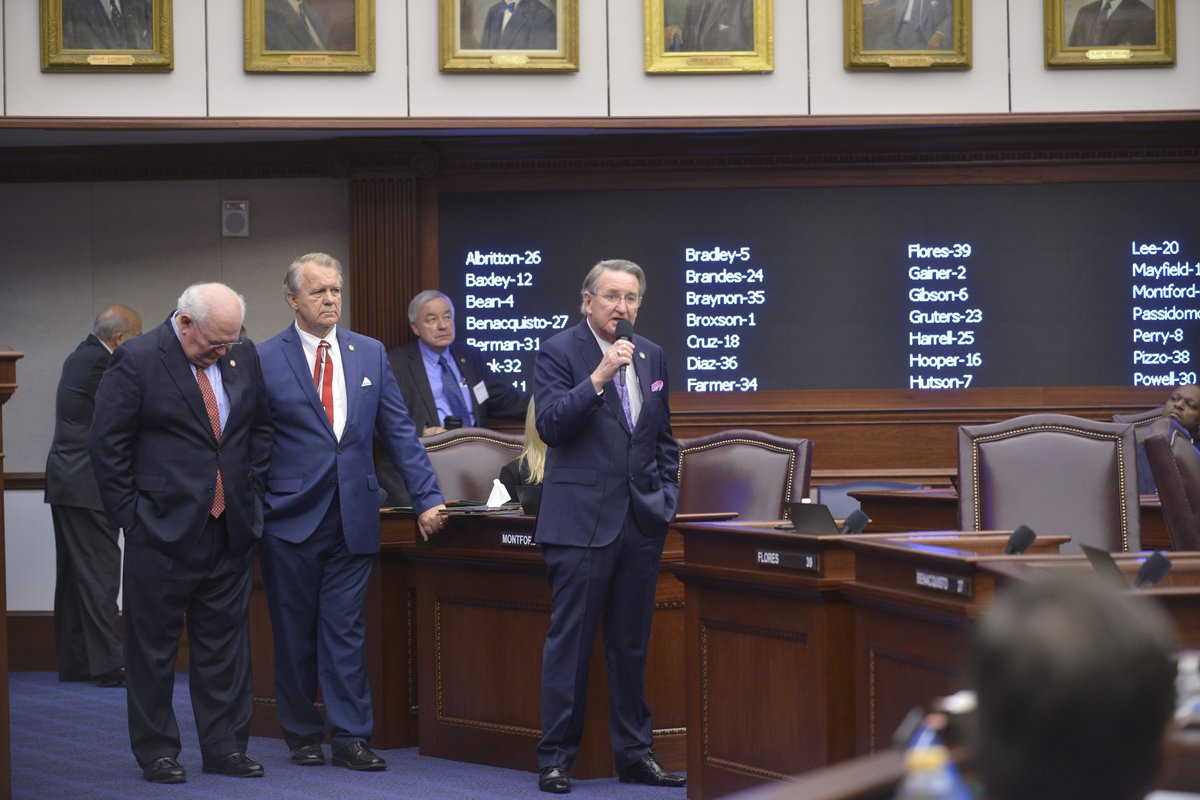 "We had the reserves to step up and answer the call to our friends in the Panhandle.”

Florida lawmakers put just over $220 million in the new state budget for Hurricane Michael recovery efforts, as the wait continues for Congress to advance a much-larger disaster relief package.

With a final vote expected Saturday on the budget for the fiscal year that starts July 1, legislators are touting $1.86 billion in spending related to the deadly Category 5 storm that swept through parts of the Panhandle in October.

The bulk of the state’s spending — $1.639 billion — is emergency funding from the current fiscal year, which ends June 30. The state expects to eventually recoup most of the emergency spending from the federal government.

As he started to outline the $91.1 billion budget plan during a floor session Friday, Senate Appropriations Chairman Rob Bradley, a Fleming Island Republican, said lawmakers continue “to be frustrated with the response of the federal government. It’s been in fits and starts.”

“But rather than wait for D.C. to do its job, we stepped up like we always do,” Bradley said. “And thank goodness we are good fiscal stewards. We had the reserves to step up and answer the call to our friends in the Panhandle.”

Sen. George Gainer, a Panama City Republican whose district suffered massive damage in the storm, thanked the Senate for its response to Hurricane Michael. “I think we came in strong,” he said.

Similarly, Sen. Bill Montford, a Tallahassee Democrat whose district was hit hard, said he was proud of the nearly $2 billion the state has spent or plans to spend for hurricane relief.

Montford said the money in the budget may not be enough. But he added it should be considered a “shot of fresh air, if you will, a lifeline, if you will, until we can convince Congress to do their job.”

If federal assistance isn’t forthcoming, Gulf Breeze Republican Sen. Doug Broxson warned the Legislature may be back next year having to address deeper issues in the Panhandle.

Other lawmakers said the they would like the state to do more to address the storm, which caused billions of dollars in damage after making landfall Oct. 10 in Mexico Beach and plowing through communities such as Panama City, Port St. Joe, Blountstown and Marianna.

Rep. Loranne Ausley, a Tallahassee Democrat, said she couldn’t support the proposed budget, in part, because more money is needed as “the conditions of the Panhandle continue to deteriorate.”

The largest portion of the hurricane-related spending for the coming year will be $115 million for affordable housing.

Another $35 million will go to county and municipal roads through the budget and through a transportation bill (SB 7068) the House approved Wednesday.

A separate $14.2 million will help school districts cover declining enrollments that stem from families and students being displaced by the hurricane.

Lawmakers also plan to spread money to the affected counties for a variety of projects.

As examples, Jackson County is slated to get $1.6 million for courthouse repairs and $19.1 million for school construction.

Also, the Bay County Sheriff’s Office will get $1.4 million for a new building, while another $1.9 million will be directed in the county toward storm-water and wastewater projects and $3.8 million will be allocated for road repairs and traffic safety.

Heavily rural Liberty County is expected to see $7.08 million, of which $6.1 million is for school construction.

nextBlake Dowling: Tech in your face