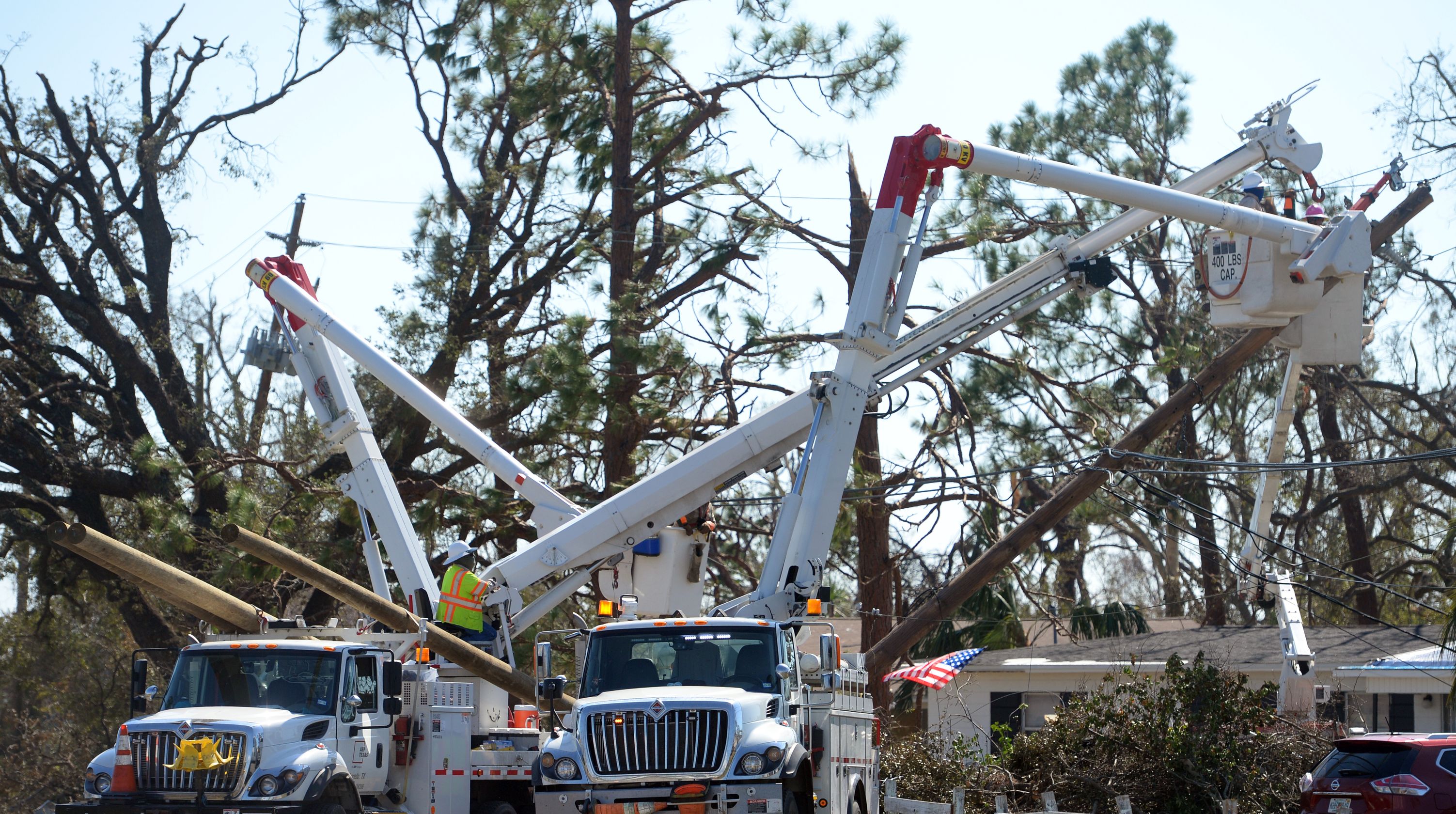 The Pensacola-based utility will collect the money from customers over five years. As an example, residential customers who use 1,000 kilowatt hours of electricity a month will see their bills go up $8, though electricity usage varies widely.

Public Service Commission member Gary Clark, a resident of Washington County, which got hit by the storm, praised Gulf for restoring electricity quickly. He called the request to recoup the money a “justifiable charge” but acknowledged it will hit the pocketbooks of consumers.

The Public Service Commission has approved such proposals from utilities after past hurricanes. In addition, Gulf operates under a 2017 rate settlement that anticipated the utility would be allowed to recover such costs if a major storm occurred. The increase will take effect in July.

In a February filing seeking to recoup the money, Gulf said it had 136,000 customer outages and that 120,452 customers lacked power late in the afternoon of Oct. 10. In all, 96 percent of customers in the utility’s eastern area lost power, with more than 99,000 outages in Bay County.

Gulf had $48 million in a storm reserve, but that was dwarfed by $350 million in restoration costs. Also as part of the filing, Gulf sought to collect about $41 million to replenish the storm reserve. The total sought came to about $342 million after some accounting adjustments.

“For areas that experienced the most significant impact of Michael’s eye wall, Gulf Power’s restoration efforts required a complete rebuild of the electric system,” the February filing said.

During Tuesday’s Public Service Commission meeting, Gulf got backing from the chief of emergency services in Bay County and economic-development officials in Bay and Washington counties.

Ted Everett, executive director of the Washington County Chamber of Commerce, said Gulf quickly restored power to businesses and residents in his community.

“They were there, and they were picking up the pieces,” Everett said.

Gulf Power is the largest utility in Northwest Florida. Another major utility in the eastern Panhandle, Duke Energy Florida, also has filed a proposal at the Public Service Commission about storm-restoration costs.

Under that proposal, Duke would use savings from a 2017 federal tax overhaul to cover restoration costs instead of tacking on extra charges to customers’ bills. Ordinarily, however, those tax savings would be passed along to customers.