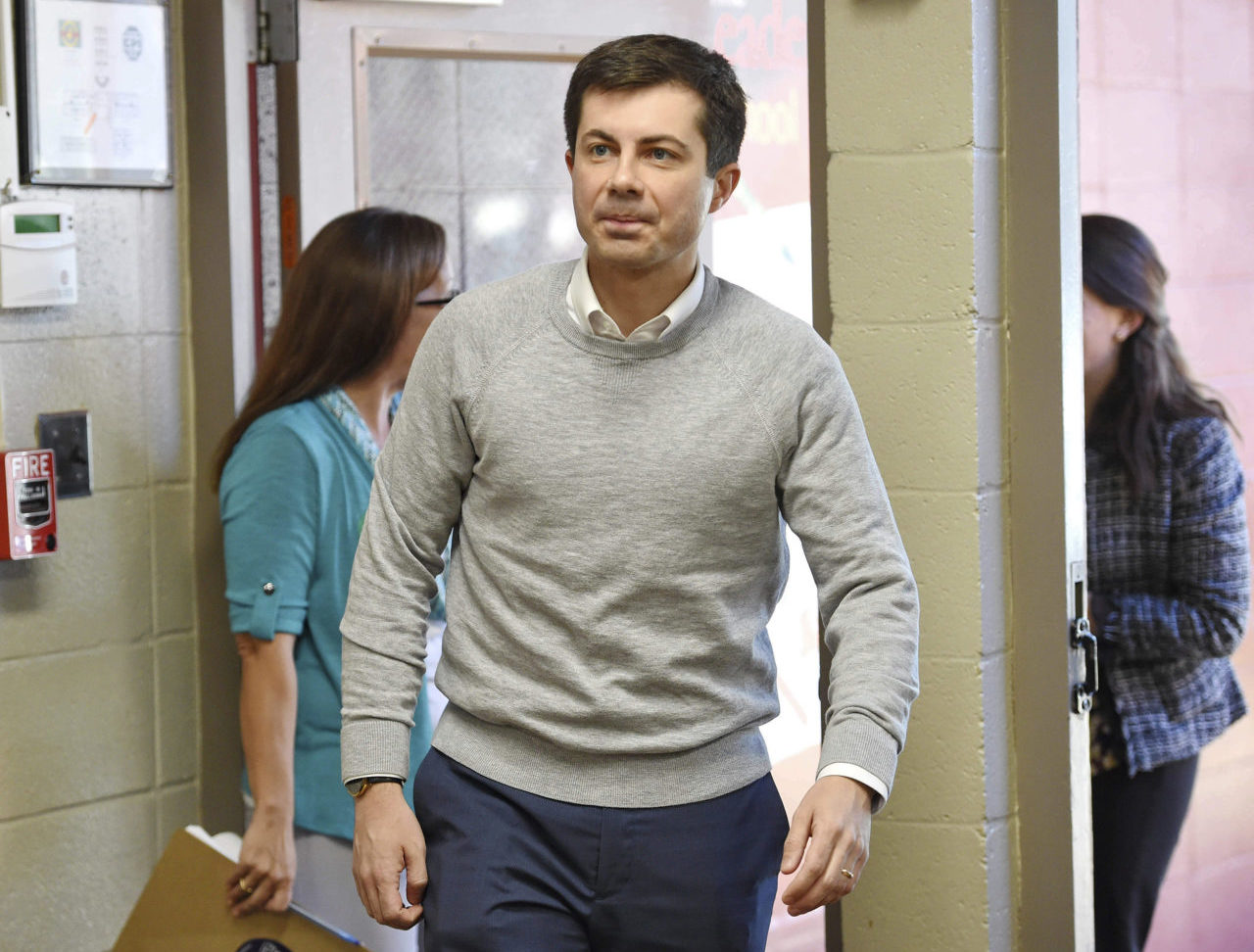 One of the top 2020 Dem contenders has interest in Florida's biggest swing state.

Ahead of the first Democratic presidential primary debate in Miami, Pete Buttigieg says he would set aside politics and work with Republican Gov. Ron DeSantis to fund “good” environmental projects, while expressing his opposition to Florida’s “heavy-handed” approach to federal immigration enforcement and expansion of school voucher-type programs.

The 37-year-old presidential hopeful also said he would support more targeted sanctions against allies and family members of Venezuelan President Nicolas Maduro in an effort to restore democracy in the country, an issue that heavily resonates with an estimated 190,000 Venezuelans who live in Florida.

“What’s concerning is when you see things like the kind of casual talk of contemplating military force out there,” Buttigieg said in reference to Florida Republican U.S. Sens. Marco Rubio and U.S. Sen. Rick Scott, who recently suggested the U.S. military intervene to oust Maduro.

Without naming names, the mayor of South Bend, Ind., said there are better ways to deal with the Maduro regime than “making empty threats about military force.”

His comments came during an interview Monday with The News Service of Florida, shortly after Buttigieg and nearly all of the other 2020 Democratic presidential candidates wrapped up the first big campaign-season event in Iowa.

Meanwhile, a new poll by The Des Moines Register and CNN showed Buttigieg in fourth place in the race, with 14 percent of likely Democratic Iowa caucus participants backing him. Former Vice President Joe Biden continues to lead the race, trailed by U.S. Bernie Sanders of Vermont and U.S. Sen. Elizabeth Warren of Massachusetts.

While Florida remains the largest battleground state, it was not picked to host next year’s Democratic National Convention, and the Iowa event during the weekend stole the spotlight from Florida Democrats, who gathered for their biggest annual event in Orlando.

“I’d be surprised if Florida doesn’t see a lot more of us over the months to come,” said Buttigieg, who acknowledged the weekend scheduling presented a “conflict” for presidential candidates who didn’t want to be “the only one missing out on an Iowa event.”

Soon enough — on June 26 to be exact — Miami will take back the national political conversation when it hosts the first Democratic presidential debate. Buttigieg said Florida is a “very good place” to have it because it is important to talk about environmental issues, adding that Florida may be the state with the most on the line.

Buttigieg has made the environment a focal point in his campaign, vowing to bring the U.S. back into the Paris Climate Agreement and “decarbonize transportation.” He also said he would put politics aside and work with Republican leaders in Florida if “good projects” need funding.

DeSantis, who has made Everglades restoration projects a top priority, has often pointed to his close relationship with President Donald Trump as a plus in getting fund for such projects. But Buttigieg said if something is a good policy, politics and relationships should not matter.

“One thing I learned very quickly as a Democratic mayor in a Republican state, and working under both Republican and Democratic federal administrations, is the importance of separating politics from making sure that good projects are funded, and it shouldn’t require any political favoritism for Florida,” he said.

Another issue Buttigieg addressed would have an impact on the immigrant community in Florida, where roughly half a million undocumented immigrants live. Buttigieg criticized the “heavy-handed” approach taken this year by the Florida Legislature and DeSantis to force local governments to fully comply with federal immigration law.

“There is a reason why local law enforcement is not responsible for immigration work, and it actually makes it harder for them to do their jobs, especially at a time when victim and witness cooperation is so crucial to the police being able to keep communities safe,” Buttigieg said.

Buttigieg also took a jab at what he believes to be conservatives going against their values when it comes to federal immigration enforcement.

“When you see these kinds of heavy-handed approaches, and really stifling any sense of local authority or local control, it flies in the face of what I thought used to be a conservative value,” he said. “I mean it’s really surprising that they’ve abandoned that principle in this case in favor of overbearing government.”

The presidential hopeful said he would like to push for comprehensive immigration reform as president, which would include a path to citizenship for immigrants and undocumented immigrants who came into the country illegally as children. If a border security compromise is needed to reach that, he said, “that’s fine.”

“It’s clear that what we have right now is failing morally, and I don’t think it’s making America more secure either,” he said.

While he wants to prioritize the welfare of children who go into the federal immigration system, he would not say whether he agreed with three Florida Democrats in Congress who want to shut down a Homestead shelter for migrant children. The shelter has come under scrutiny for the way it houses children for for long periods of time.

The Homestead facility is the largest federally run shelter in the nation for migrant children and is run by a for-profit corporation. Buttigieg said he did not know “all the particulars about the problems” at the shelter and did not specify if he would bring changes to the operation.

When talking about education, Buttigieg said U.S. Education Secretary Betsy DeVos does not “believe in public education.” DeVos has pushed for federal programs that resemble those operating in Florida, where money flows to nonprofit organizations that fund private-school vouchers for low-income students.

“Unfortunately, these voucher programs tend to come at the expense of quality public education. They take dollars out of our public schools at the time when we know the schools don’t have enough resources going into them to begin with,” Buttigieg said.

He said federal support for boosting teacher pay is also needed, and the federal government should put a greater focus on schools with large numbers of children from low-income families.

Regarding school safety, Buttigieg said he did not agree with the state’s school “guardian” program, which gives school districts the option to arm and train school staff, including teachers, to deal with shooting incidents on campus.

“It’d be such an enormous, condemnation of our country if we were to become the only developed nation where this is necessary,” Buttigieg said.

Material republished from The News Service of Florida.