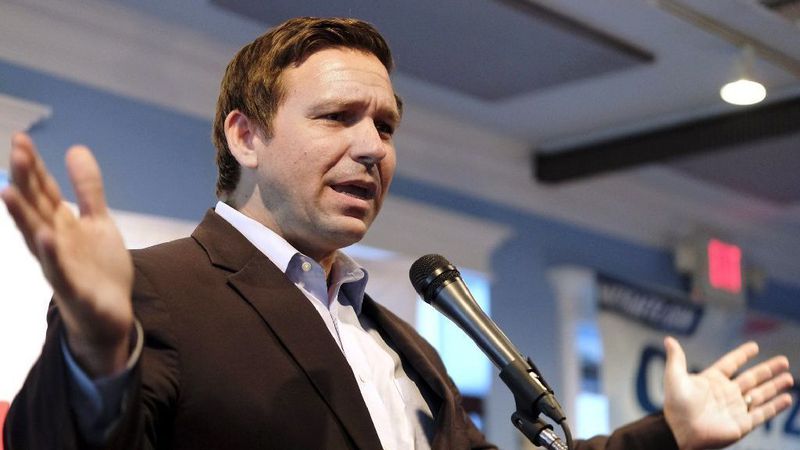 During meetings of House budget panels, state agencies outlined proposals that ranged from money to repair National Guard armories damaged by hurricanes Matthew and Michael to funds for joining a national electronic center to exchange voter-registration data with other states.

Ken Lawson, executive director of the Department of Economic Opportunity, said DeSantis is asking for $85 million in the economic-development effort, known as the Job Growth Grant Fund.

“For the last three years that this fund has been available for workforce programs and infrastructure projects, the demand from our communities has exceeded our fund,” Lawson said.

During the fiscal year that ended June 30, the state received more than 90 proposals requesting more than $530 million in funding.

The fund was created in 2017 after a legislative battle about incentives, including a failed request by then-Gov. Rick Scott in 2016 to provide $250 million in economic-development money that could go directly to businesses.

Lawmakers provided $85 million in annual funding for the Job Growth Grant Fund to Scott, an amount that DeSantis also proposed during the 2019 Legislative Session. But lawmakers cut the funding this fiscal year to $40 million.

Some Democrats also initially criticized the Job Growth Grant Fund, describing it as a “slush fund” that lacked oversight.

Under the new budget proposals for 2020-2021, funding for the VISIT FLORIDA tourism-marketing agency would remain at $50 million. While that would be the same amount as during the current fiscal year, it would be down from $76 million in prior years.

Lawson said the decision to stick at $50 million came from VISIT FLORIDA leaders, who in May fired 44 of the agency’s 135 workers because of the funding reduction in this year’s budget.

House leaders have sought to eliminate VISIT FLORIDA, pointing in part to questionable spending from several years ago that included an  $11.6 million deal to sponsor a cooking show hosted by celebrity chef Emeril Lagasse, a $2.875 million contract with an auto-racing team known as VISIT FLORIDA Racing and a $1 million promotion contract with Miami rapper Pitbull.

The proposals presented last week by state agencies are an initial step in a months-long budget process that will lead to lawmakers negotiating a 2020-2021 spending plan during the Legislative Session that starts Jan. 14. The 2020-2021 budget will take effect July 1.

Among other budget issues on the table, Secretary of State Laurel Lee outlined a previously announced $1.3 million proposal by DeSantis for Florida to join the Electronic Voter Registration Information Center, known as “ERIC,” which is a consortium of states that share voter-registration information. Lawmakers have passed a measure allowing Florida to join the center, which aims to reduce duplicate voter registrations.

The Department of State is also looking for $10.3 million to build a new facility for 3.5 million historical objects, which are mostly stored out of public view at Mission San Luis in Tallahassee.

“These items are irreplaceable,” Lee said.

The new facility, to include a lobby and teaching area, would also provide a display so the public can watch ongoing preservation efforts, Lee said.

Meanwhile, lawmakers will consider proposals from the Florida National Guard that include $6.25 million to provide a 25 percent match to the federal government to repair the now-uninhabitable Panama City readiness center and armory.

The center lost its roof, with 50 soldiers “hunkering down” inside, during Hurricane Michael last year, said Maj. Gen. James Eifert, the adjutant general of the Florida National Guard.

Another $420,000 is being sought to cover the state’s portion of a federal project to repair a sea wall damaged in Hurricane Matthew at the St. Augustine Armory.

Eifert also is seeking $780,000 for satellite terminals to ensure communications can be maintained after an event such as Hurricane Michael, and $3.4 million for general armory maintenance.

Eifert noted with the average age of the state’s armories at 48 years, lawmakers provided $1.1 million in the current fiscal year for maintenance and repairs.

“The cost only gets greater as the years go on,” Eifert cautioned.