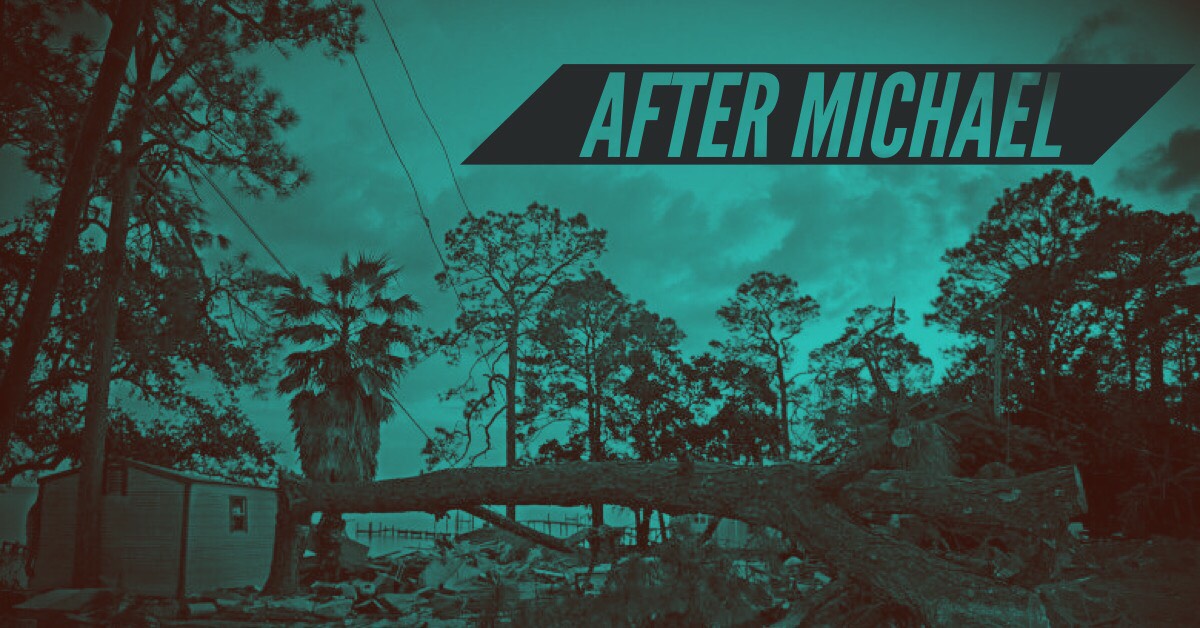 With the one-year anniversary of Hurricane Michael approaching, local first responders received a $1.1 million grant from the state Thursday, the first distribution from a $25 million fund approved this spring by lawmakers as part of hurricane relief.

Gov. Ron DeSantis called the money a “lifeline” to cover salaries and other costs for the fire and police departments in Mexico Beach, the coastal community with a $3.5 million annual budget that was ground zero for landfall of the Category 5 Michael.

“We just realize that this is a long-term deal,” DeSantis said during a news conference outside the Mexico Beach City Hall. “We live in such a fast-paced society, there is something new every day it seems like people get all up in arms about, but this is something that is going to require a sustained effort.”

The $25 million grant program was part of $220.9 million that legislators approved in response to Michael, which devastated parts of the Panhandle on Oct. 10.

Looking ahead to the 2020 Legislative Session, Rep. Jay Trumbull and Sen. George Gainer, both Panama City Republicans, have started gathering information from cities and counties about continued needs and what they have received from the federal government.

“Our biggest issue has been what are the feds going to support and where those funding shortfalls are going to be, so the state can engage in the limited capacity we have,” Trumbull said.

DeSantis, who traveled with First Lady Casey DeSantis to Mexico Beach hours after his inauguration in January, said the first couple will return to mark the one-year anniversary with additional announcements. He maintained that the region, much of which is made up of small communities, won’t be forgotten.

“Progress is slow, but I do see progress,” DeSantis said.

Mexico Beach Mayor Al Cathey said DeSantis has been fulfilling commitments to the community made during the inauguration.

“He told me that day Mexico Beach would not be forgotten. I took him at his word,” Cathey said.

The state, anticipating federal reimbursements, spent more than $1.6 billion responding to the storm, mostly in debris collection, which swamped many of the small communities. About $200 million more has been distributed through the state Division of Emergency Management to local communities.

Jared Moskowitz, director of the Division of Emergency Management, called Michael a “historic event, and it would take, obviously, historic levels of support” to recover. He pointed, in part, to massive clean-up efforts in Mexico Beach and Bay County.

“I don’t know (of) a city of Mexico Beach’s size, with a $3.5 million budget, having to take on a task of this nature,” Moskowitz said.

previousJane Castor celebrates 150 days in office with wins for business, infrastructure and diversity