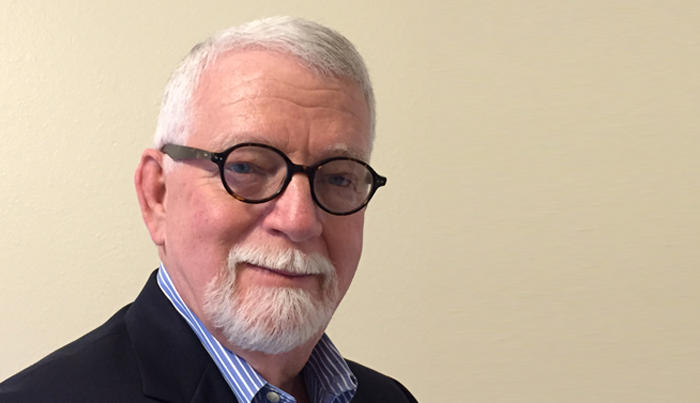 The silver-tongued and sharp-witted former Marine — who enlisted just days after graduating from high school and spent a year fighting in Vietnam — played a behind-the-scenes, but significant, role in the battle over the presidency as a key adviser to former Florida Secretary of State Katherine Harris.

Stipanovich, 71, helped orchestrate the rise — and ultimate dominance — of Republicans in the Sunshine State, before stepping down this week from his post as a lobbyist for the firm Buchanan Ingersoll & Rooney.

He directed campaigns for former Gov. Bob Martinez in 1986 and 1990, served as chief of staff to Martinez and was an adviser to former Gov. Jeb Bush, in addition to his time in Harris’ inner circle.

After more than four decades, Stipanovich isn’t exiting the Florida political arena completely. He’ll write op-eds for the Tampa Bay Times, continue some lobbying and is still courted for his strategic campaign skills.

The News Service of Florida has five questions for Mac Stipanovich:

Q: To what extent has President Donald Trump and his influence on the Republican Party contributed to your decision to retire?

STIPANOVICH: I don’t know that it contributed to my decision to retire. Retirement may be a little strong. I’m going to, as you’ve seen, do some writing. I’m going to continue to advise a couple of clients. And my wife said to me, when I announced about five years ago I think I’ll retire, and she said how would you know? I don’t know that the change is going to be that profound.

But having said that, I have very strong opinions about Trump and the current state of the Republican Party, and they are difficult to explain when you’re working for a business who is not interested in controversy.

And I believe that he and what he stands for poses an existential threat to American democracy. But other than that, I have no strong views. As for the party, Trump hasn’t transformed the party, in my judgment, as much as he has unmasked it. There was always a minority in the Republican Party — 25, 30% — that, how shall we say this, that hailed extreme views, aberrant views.

They’ve always been there, from the John Birchers in the 50s, who thought Dwight Eisenhower was a communist, to the Trump folks today who think John McCain’s a traitor. They had different names — the religious right, Tea Partyers — but they’ve always been there. They were a fairly consistent, fairly manageable minority who we, the establishment, enabled and exploited.

Since, for example, the 2006 election, if you’ll recall (Tom) Gallagher staked out the right. Charlie Crist did not take the bait, and Crist beat him two-to-one. Well, that one is the Republican minority I’m talking about.

But since then, because of profound changes in the economy worldwide as we transition from an industrial economy to a service economy and as the browning of America continues over time, and that is why the immigration issue is so powerful with the right wing and with Republicans, and all of the roiling in society on various cultural issues, whether it’s gay rights or whatever, all of those pressures caused that minority to metastasize. It became a majority and a growing majority.

It was Trump’s genius that he sensed the rot in the party and rather than making a quixotic third-party run, like Ross Perot or George Wallace, and losing, he had the vision to hijack the party of Ronald Reagan.

I think he’s doing very, very significant damage that I hope is not irreparable. He daily attacks and batters the guardrails of democracy, whether it’s a free press, an independent judiciary, congressional oversight. There’s just nothing, no restraint that he will recognize, to which he responds.

He’s an authoritarian, which explains his affinity for authoritarians, and to the extent that he has brought a significant portion of America to doubt even the existence of objective truth, it’s dangerous.

It’s like the old joke, there’s nothing he could say that 35 percent of the country wouldn’t believe. Nothing. Believe what I believe. Your lyin’ eyes or Donald Trump.

Q: For years, you and I have been saying the political climate is worse than ever. You’ve hit on some of the issues, but looking back over the arc of your career in politics, how do you think we got to where we are today?

STIPANOVICH: I think it’s those three factors I mentioned earlier plus more — rapid cultural change, rapid economic change and dislocation, rapid demographic changes, rising income inequality and all. And a significant portion of the country has felt left behind, disrespected, uncared for, and so they are striking back.

The very things that I find so deeply offensive about Donald Trump just tickles them to death. I read this book recently, I think a lot of people have read it, called “How Democracies Die.” It came out last year. Two Harvard professors wrote it. It’s really quite good, if you haven’t read it. They talk about capturing the gatekeepers — the judiciary and the press — and those sorts of things. But they say that there is no example in history in which a dominant ethnic majority gracefully gave up its power and status on the road to becoming a minority.

I think that is to a large degree what we’re witnessing now. The organizing principle of the Trump Republican Party is fear. And specifically, for a great many of them, not all of them, white fright.

That’s why his race-baiting and that’s why the immigration wedge issue worked so well for him. It plays into that anger, anxiety, envy, that are characteristic of his base. I said and I wrote about it before, that it was incredibly dangerous for Donald Trump to be able to be in a position to inject his poison into the bloodstream of the nation from the vantage point of the Oval Office. And that is exactly what we are witnessing.

By being President of the United States, he has legitimatized and normalized behaviors and attitudes that were beyond the pale three years ago.

Q: What do you consider your biggest victory?

STIPANOVICH: Well, of course it would have been the ‘86 gubernatorial election. Claude Kirk was a fluke back in the 60s and then Bob Martinez was only the second Republican governor elected since Reconstruction.

As I said, Kirk was kind of a fluke because of the stuff that was going on at the time with Hayden Burns and all sorts of people like that. Martinez was the breakthrough that eventually allowed the Republicans to take over the Senate and then the House.

As a result of his election, there was that coalition in the Senate, led by Jim Scott and Dempsey Barron. That was the turning point in Florida. The 1986 election.

Q: You were spotted at the Florida Supreme Court recently watching oral arguments on the “All Voters Vote” proposed constitutional amendment that would open primary elections to all voters. Are you involved in that?

STIPANOVICH: Not at this point in time. Ironically, I was basically there just to listen and learn. I read all the pleadings, because I might write an op-ed or op-eds in connection with that for the Tampa Bay Times.

I’ll be back on Feb. 3 to hear the arguments for the assault rifle amendment. So that was just information-gathering.

But since then, I had a call from some folks who are involved in that campaign who wanted to know if I wanted to sit down and talk with them. I don’t know to what end, but I said yes. I’m very supportive of it, primarily because you don’t have to be very analytical to see that the current system produces extremist candidates on both ends of the political system, both the far left and the far right.

I think there’s a member of the Legislature right now, whose name does not spring to mind, who was elected with 29 percent of the vote.

Then you go back to the old days, in the beginning, when you had the runoffs. Those runoffs produced Reubin Askew and they produced Bob Graham in the Democrat Party. They produced Bob Martinez in the Republican Party.

They were a winnowing process that prevented people from straying too far from the center. I would be fine with going back to runoffs but absent that, let’s have open primaries.

Q: You’re throwing a dinner party. Who are the three people, living or dead, you would invite?

STIPANOVICH: Hmm. Let me think about that.

I would invite Isaiah Berlin. I like his writing.

She had three kinds for sons — John, Richard, maybe just two. I’m thinking Eleanor of Aquitaine would be pretty interesting.

So between the intellects and the chemistry I think it would be an interesting dinner.

We better throw in a translator. Henry didn’t speak English, so I’m pretty sure Eleanor didn’t either.