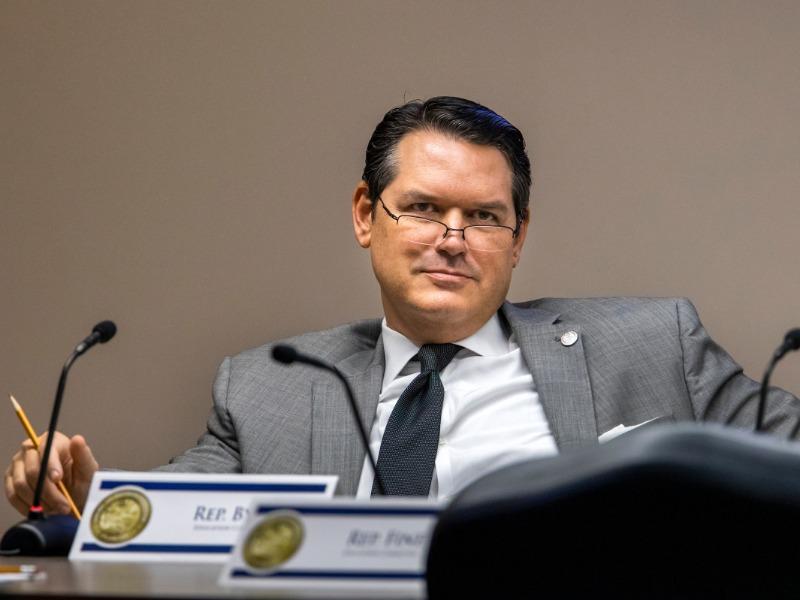 The bill would require government employers to use the federal government’s E-Verify system.

The Republican-dominated Legislature has long pushed back against requiring employers to conduct immigration background checks for new hires, but a bill filed Friday includes a potential compromise that could hand a win to Gov. Ron DeSantis on the controversial issue.

The bill, filed by Neptune Beach Republican Rep. Cord Byrd would require government employers — such as state agencies and county school districts — to use the federal government’s E-Verify system to check the legal eligibility of new workers.

Private employers, other than government contractors, would not be mandated to use the E-Verify system.

DeSantis has made a priority of using the E-Verify system but has faced opposition from Senate leaders in advance of the 2020 Legislative Session, which starts Tuesday.

Attempts to impose a mandate on all employers has divided Florida Republicans for years, partly due to it being popular among the GOP base while at the same time being fiercely opposed by the state’s agriculture, tourism and construction industries, which include major Republican donors.

Byrd’s proposal (HB 1265) is a slimmed-down version of a Senate bill (SB 664) that would require all private and public employers to use E-Verify.

Sen. Tom Lee, who filed the Senate bill along with Sen. Joe Gruters, the chairman of the Republican Party of Florida, told The News Service of Florida in October that a carve-out for private businesses would need to “make sense.”

“It can’t be some deal we cut to a special industry because they have a special status in the Legislature,” Lee, a Thonotosassa Republican, said.

But Byrd’s proposal, with an exemption for private businesses, could be more palatable to the Legislature. Leaving out a mandate for private employers — while DeSantis calls for lawmakers to send him an E-Verify bill this year — could be a path for the Legislature to approve a plan.

The proposal also will be debated as President Donald Trump’s re-election campaign kicks into full swing in the battleground state. E-Verify was an issue DeSantis made a pillar of his 2018 gubernatorial campaign, and it aligns with Trump’s hardline immigration platform.

But it remains to be seen how the proposal will play out with House and Senate Republican leaders.

House Speaker Jose Oliva has declined to comment about his stance on E-Verify, and Senate President Bill Galvano said in December his administration “does not endorse” an E-Verify mandate for all employers in the state.

“Let me put it this way,” Galvano told the News Service. “I don’t support having the requirement that everyone (use) E-Verify. It’s an additional responsibility on non-government officials.”

Those concerns appear to have resonated with Byrd because his proposal would exclude most private businesses from an E-Verify mandate. The mandate would only apply if private companies want to do business with public employers, according to the bill.

If a private business enters a contract with a public entity, it would need to provide an affidavit that says it has used the system to ensure all newly hired employees are Americans or “legal aliens.”

Under state law, a “legal alien” would refer to a person who “is or was lawfully present or permanently residing legally in the United States.”

Byrd said the legal term would be “making a distinction between citizens and non-citizens who are lawfully present in the U.S. to work.”

If the Legislature approves Byrd’s bill, every public employer as well as their contractors and subcontractors would need to register with the U.S. Department of Homeland Security to use the E-Verify system starting in January 2021.

“A public employer, contractor or subcontractor may not enter into a contract unless each party to the contract registers with and uses the E-Verify system,” the bill said.

In 2011, then-Gov. Rick Scott signed an executive order mandating all agencies in his administration to use E-Verify. All other state agencies were “encouraged” to use the system. The executive order, which is still in place, did not tie penalties to violations of the order.

Byrd said his bill would essentially turn the existing executive order into a state mandate. His bill, however, would expose public employers and their contractors to penalties for failing to use the verification system.

Under the bill, an employer that violates the E-Verify mandate for the first time would face a civil fine of no more than $500, “regardless of the number of unauthorized aliens” that were hired. For a second offense, the employer would be guilty of a second-degree misdemeanor, which would be punishable by a civil fine that cannot exceed $500, or up to 60 days in jail.

“This just adds teeth. I am not creating something new. I am just helping enforce the existing law (against hiring undocumented immigrants),” Byrd said in an interview.

If a public employer terminates an agreement with a contractor for not using E-Verify or hiring undocumented workers, the contractor could not be awarded a public contract for at least a year. The private employer would also be “liable for any additional costs” incurred by the public entity as a result of the contract ending, the bill said.

Along with concerns about additional costs and regulations for employers, the E-Verify system has been controversial, in part, because it has sometimes contained errors and impacted U.S. citizens’ employment, according to the American Civil Liberties Union, which called E-Verify a “flawed system that is riddled with errors.”

“The system’s inaccuracies could mean undue obstacles to employment for hundreds of thousands of citizens,” the organization’s website said. “The scope of private information housed in the system will create enormous private and security concerns.”

If employers hire undocumented workers after running their information through E-Verify, they would not be held civilly or criminally liable under state law, according to Byrd’s bill.