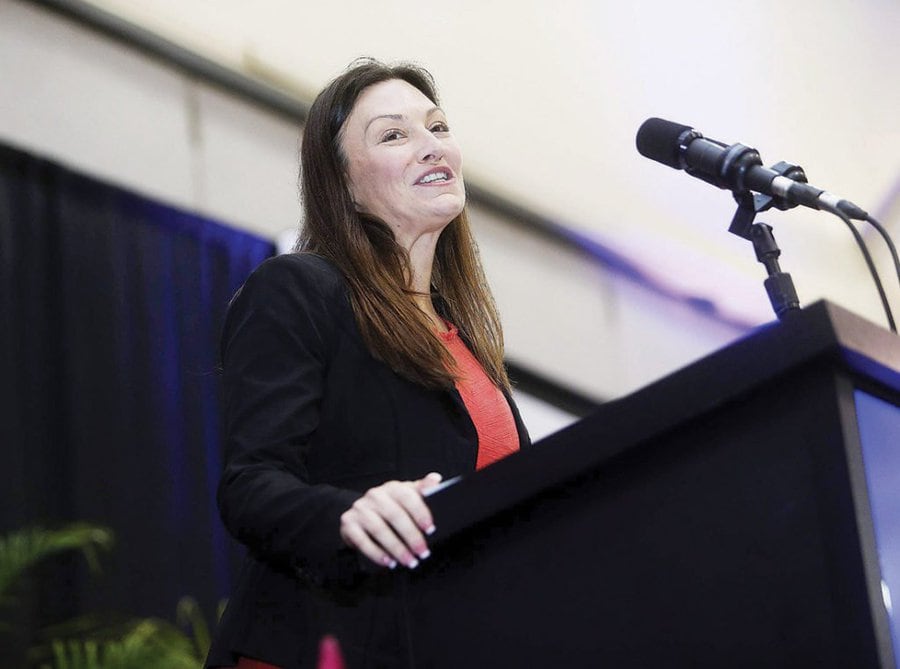 As lawmakers get ready to wrangle over legislation these next 60 days, Agriculture Commissioner Nikki Fried is putting her support behind several proposed bills ranging from retaining fingerprints from concealed carry applicants to aims to reduce food insecurity in Florida’s schools.

Fried was the only Democrat to win a statewide election in 2018 and is highlighting several legislative proposals this Session.

The first comes from Sen. Oscar Braynon II (SB 1566) and Rep. Javier Fernández (HB 809). Those measures allow the state to retain fingerprints whenever a person applies to renew his or her concealed carry permit.

Fried’s office oversees those applications. Those renewals currently occur every seven years. This legislation would require renewal every five years.

“After reviewing the concealed weapons license program, we found a glaring loophole — because we can’t retain fingerprints, license holders can commit dangerous, disqualifying crimes out of state, and we’d never know about it,” Fried told Florida Politics.

“This common-sense proposal closes that loophole, and it also ensures that everyone entrusted with the responsibility of carrying concealed weapons is equipped to exercise that right. It should find bipartisan support. And if the NRA doesn’t like it, so be it — I don’t work for them.”

Fried is also repeating calls for a $500,000 grant that would go toward food recovery.

“Feeding kids and fighting hunger shouldn’t be Democratic or Republican — every lawmaker should be invested in this because it affects every single district and community,” Fried said.

During a visit to Pero Family Farms in Delray Beach this past October, Fried spoke about the need for such a program. Republican Sen. Ben Albritton has since joined with Democratic Reps. Jennifer Webb and Patricia Williams to put forward bills (SB 1526 and HB 521) that would do just that.

Those measures would also offer financial incentives to schools that increase breakfast participation among students.

“Nearly 3 million Floridians suffer from food insecurity — and that includes 850,000 children who have to wonder where their next meal will come from,” Fried stated.

“There’s no question that chronic hunger holds people back. It impacts our economic vitality and public health. It leaves adults unable to focus at work and kids unable to learn at school. We can address it through this legislation, which helps farms move leftover produce from fields to food banks, helps us better understand the food deserts plaguing neighborhoods across Florida, and helps bring us closer to my vision of free universal breakfast in all schools.”

Fried is also backing Democrats’ calls for action on climate change, which would be addressed via several different pieces of legislation.

“Look, greenhouse gases are up 400 percent since 1950, and despite energy conservation laws in place for 40 years, we’re still the nation’s third-highest consumer of energy,” Fried said.

“It’s time for our state to invest in our future and take the climate crisis and our energy use seriously.”

In addition to her support for several stand-alone bills, Fried also weighed in on her budget priorities for 2020. For one, she’s requesting lawmakers protect funding for Fresh From Florida, the state’s agricultural marketing campaign. That money has been subject to political negotiations in the past.

“Nine out of ten shoppers are more likely to buy products labeled Fresh From Florida, and it generates an additional $125 million in revenue per year for Florida’s farmers. With our state’s agriculture community facing threats from unfair trade, tariffs and trade wars, and even climate change, Fresh From Florida helps our farmers remain globally competitive in a big way.”

“The program ensures important lands remain in agriculture instead of being developed. We’re requesting a very reasonable $32.6 million this year, down from last year’s $75 million request,” Fried told Florida Politics.

“Even so, that’s only five percent of the $665 million in approved projects awaiting funding. And we’ve secured more than 200 percent in matching funds this year, so it’s a better investment than ever. It’s also a more conservative investment than land acquisition, given the long-term cost to the state of owning and maintaining land.”

Other budget items being backed by Fried include $17 million in critical firefighting equipment and aircraft for the Florida Forest Service; $25 million in water restoration funding both inside and outside the Lake Okeechobee watershed; $12.7 million for an additional 134 food safety inspectors; and $17.9 million to support the orange industry through citrus research, citrus health response, and funding to replace citrus crop tax declines.

nextSunburn — The morning read of what’s hot in Florida politics — 1.13.20