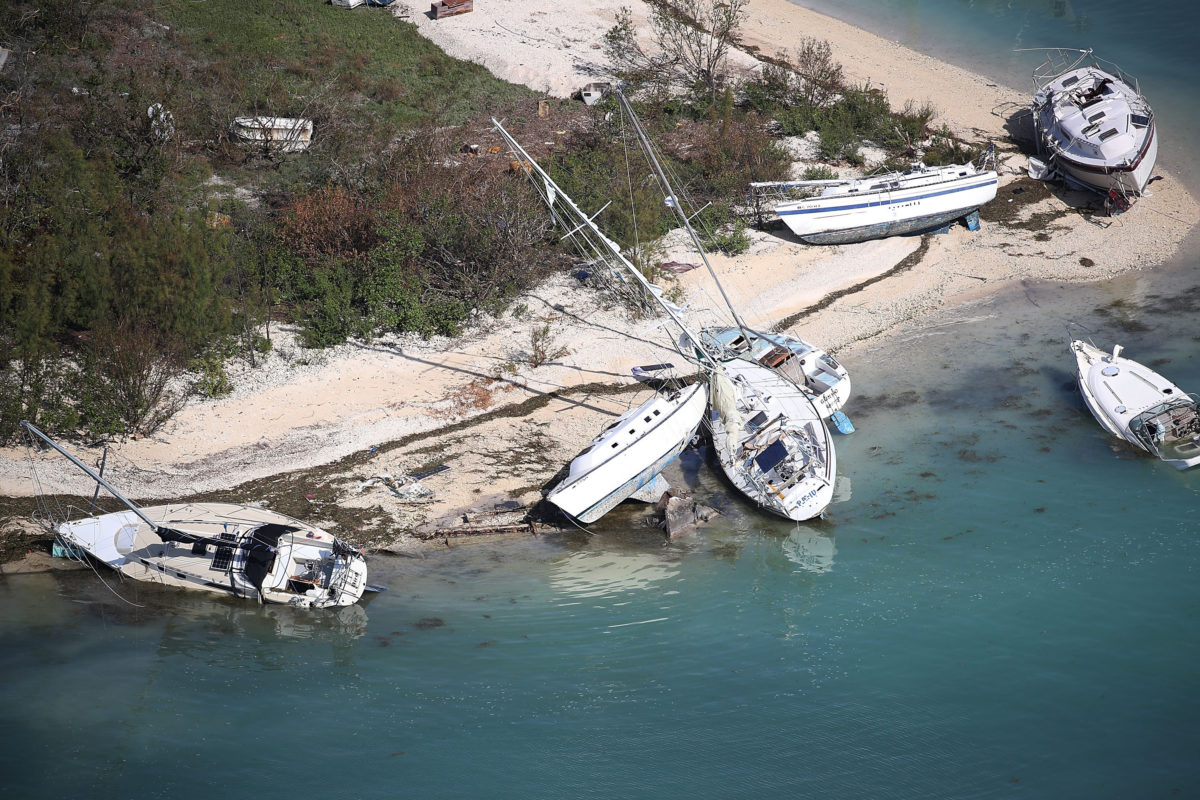 Solutions are in short supply.

Members of the Senate Appropriations Subcommittee on Agriculture, Environment and General Government spent over an hour Tuesday morning discussing and learning about the state’s system for removing derelict and nuisance vessels from Florida waterways.

The committee summoned Florida Fish and Wildlife Conservation Commission Major Robert Rowe to deliver a presentation answering questions surrounding why it takes so long, and is so expensive, to move broken down boats from waterways.

Every year, hundreds of dilapidated boats are removed from marinas, boating channels, the Gulf of Mexico, rivers and lakes statewide. But local governments have been having an increasingly hard time navigating the waters of rules concerning how to get rid of the junk boats without landing in legal hot water.

The answer is simple. The solution is not.

First, the process is expensive. It can cost upward of $20,000 to remove just one boat, the value of which is either next to nothing or nothing at all. In one instance Rowe said it cost more than $100,000 to dispose of a broken down boat.

Second, boat owners are entitled to due process, so investigators must first make exhaustive efforts to identify an owner, notify them of problems with their boat and then allow 21 days for anyone else who might have stake in the boat’s value to come forward. Once that window passes, FWC releases an authorization for local governments to remove the vessel.

Lawmakers are hoping to identify ways to make the process quicker and more cost effective. But after Tuesday’s presentation they seemed no closer to finding workable solutions above and beyond those already in place.

As with many legislative conundrums, the devil is in the details.

First, local governments must understand what a derelict vessel is. FWC defines one as either abandoned or wrecked, completely junked or substantially dismantled.

Wrecked boats are as they name suggests — vessels that have wrecked to the point where they cannot easily be towed to shore.

Junked boats are the least common and are those that have been stripped of anything of value.

Substantially dismantled vessels are those that have had items removed that render the boat inoperable. They must be missing two of three necessary components to make a boat work — steerage, propulsion and a working hull.

If after an investigation of those features a vessel is deemed derelict, FWC or local law enforcement conducts a diligent search for the owner. Once an owner is identified, that person is given both a notification of rights packet outlining their entitlements in the removal process and a citation for the derelict vessel.

Rowe said the first contact with a derelict owner is often the only contact officials will ever have.

“They’re wanting to get away from the boat,” Rowe said. “They try to do whatever they can to deal with it so they try to get out of it in other ways.”

Basically, they avoid officials who might be threatening to sanction them.

From there, officials are required to place a notice on the vessel similar to ones placed on abandoned vehicles. That notice stays up for 21 days. If no one requests an administrative hearing regarding the boat, or if that hearing does not contradict a removal authorization, the FWC issues authorization to local governments to remove it.

But even with the go-ahead, the process is far from over. Local governments have the authority to pay to have the vessel removed through an appropriate contractor or enter into a grant process with the state to cover costs.

After it’s removed, officials can begin seeking restitution from the boat owner to recoup those costs. Owners who don’t repay the expense can lose their ability to register or re-register a vehicle or vessel through the Department of Highway Safety and Motor Vehicles.

“We would not allow this on a right of way. That car or vehicle would be stored some place and then you would go through the process of notifying the owner in a way that would protect their rights,” Sen. Doug Broxon said.

So why not apply that same process to boats?

“Storage is more expensive than breaking [a vessel] into pieces and taking it to a dump,” Rowe answered.

Cars, even a jalopy, have some value. They can be scrapped for metal or parts and sold to junk yards. That’s not usually the case with boats. The components on a boat have little salvage value, if any. And removing a boat whole from a waterway is a much more extensive and expensive process than breaking it down piece by piece.

Rowe explained that many boat owners, particularly those who bought an old boat in hopes of fixing it up, don’t purchase insurance on it. Those who do buy insurance typically have nicer boats unlikely to wind up abandoned or derelict. If they wreck, the boat likely still has enough value to make salvaging it worth while.

Insured boats aren’t the problem, so if more boats are insured, it makes sense to assume the problem would reduce.

But he quickly pointed out that’s a question for DHSMV.

There are some bright spots. FWC expanded its grant process for vessel removal to be more easily accessible. There’s no longer a time limit on filing for a grant and FWC no longer requires the 25% local match.

FWC is also increasing its local outreach efforts relating to floating structures, which are most often house boats. They are reminding local governments that they have the authority to regulate those vessels.

The agency also launched a series of prevention measures that identify at-risk vessels to work with boat owners sooner to avoid the boats becoming derelict. That process saves both the owner and the state or local government time and money.