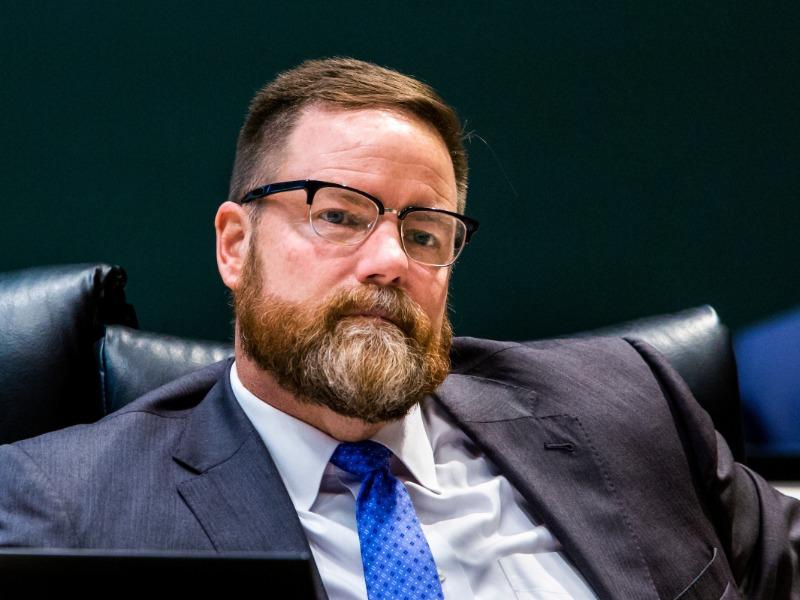 Aaron Bean reminds organ transplant patients they have recourse against discrimination from the ADA.

House and Senate budget writers have rolled out health care spending plans for the coming year that would set aside money in key areas such as nursing homes and drug importation but still have wide differences.

It’s early in the annual Legislative Session, with plenty of time to work out deals, but the initial budget proposals included a spending gap between the House and Senate.

While he boasted that he was “proud” of the budget, Bean said it still wasn’t enough to fully fund the six health care-related agencies that serve Florida’s poor, elderly, disabled and veteran populations. The current-year budget for the agencies is $37.6 billion.

“There’s not enough money in health care to cover every need or want,” Bean said.

Both chambers have proposed increased Medicaid spending on nursing-home care, as well as money to boost a fledgling drug-importation plan that lawmakers passed last year but is still awaiting federal implementation.

The Senate’s proposed budget would increase nursing home rates by $104.8 million, significantly higher than a House move to increase rates by $44.8 million.

“Funding and quality care go hand in hand, and we’re thankful the Legislature has recognized that as they developed their initial budgets. Florida has an increasingly growing aging population, and both the Senate and House budgets are an important step toward meeting their long-term health care needs, whether in their home or in a nursing center when the time and resources are needed for more specialized care,” he said.

“We want to thank Senator Bean and Representative Magar, along with their colleagues, for their ongoing support of our state’s elderly population. The nursing center funding increase is critical for our members as the cost of delivering high-quality care continues to rise. Providing the finest possible care for our frailest elders requires exceptional staff, specialized equipment, and the dedication and training to meet their unique needs. FHCA will continue working with both chambers throughout this process to ensure that funding is in place to support those entrusted to our care, both today and into the future.”

Both chambers have agreed in their spending plans to target money toward the state’s Canadian prescription-drug importation efforts, with the Senate seeking $15 million. That is less than the $20 million that Gov. Ron DeSantis pushed in his budget proposal but more than the $10 million that is included in the House spending plan.

The drug importation program is a high priority for DeSantis, who has worked closely with the Trump administration to pass rules needed to make the effort a reality.

Another issue that could draw additional money is the Medicaid program known as “iBudget,” which provides services to people with developmental disabilities. Both chambers have agreed to increase funds to take people off a waiting list for services.

The House has recommended $56.5 million in additional funding, which according to its budget documents, would remove 1,600 people from the waiting list. The House’s proposed increase matches what DeSantis requested.

The Senate, meanwhile, has recommended $30.2 million to whittle the waiting list, which has nearly 23,000 people on it.

Moreover, both chambers have agreed to provide $38.3 million to create new Medicaid reimbursements for intermediate care facilities for people with developmental disabilities. Those facilities treat people with severe behavioral needs.

The release of the initial spending proposals this week begins the process of the House and Senate negotiating the only bill they are required to pass during the 60-day Legislative Session: the general appropriations act, better known as the budget.

The final budget will guide state spending from July 1 through June 30, 2021. Lawmakers will spend weeks hammering out the differences in the spending plans before the Legislative Session ends in March.

As part of its plan for hospital funding, the Senate has proposed redirecting money from high charity-care providers toward increasing overall Medicaid rates.

Though it’s not a dollar-for-dollar shift, Bean’s plan would eliminate nearly $69.2 million away from a supplemental payment fund for hospitals and direct about $47.4 million to increase overall inpatient rates paid to 242 hospitals across the state.

The Senate’s proposal is about a 23% reduction to the $300 million supplemental payment fund, which the Safety Net Hospital Alliance of Florida has dubbed the “critical care fund.”

Money in the fund is targeted to 28 hospitals, including children’s facilities, that provide the highest amounts of charity care.

“The critical care fund is important because it funds the hospitals that are serving the sickest and most complex patients in the Medicaid program,” said Safety Net Hospital Alliance of Florida CEO Justin Senior.

The Senate and House have not released details spelling out how dollars would be spent. Until those details are available, the association cannot estimate what impact the cost shift would have on facilities.

Senior, however, noted that neither spending plan has proposed cutting current Medicaid hospital rates, unlike recent legislative sessions when one or both of the chambers proposed rate cuts.

“We do appreciate the fact they maintained the overall level of hospitals funding,” he said.

DeSantis recommended $3.8 million in his budget for the creation of a program to provide awards to the state’s top-achieving hospitals. While the House didn’t include the program in its proposed spending plan, the Senate budget went along with the Governor’s recommendation.