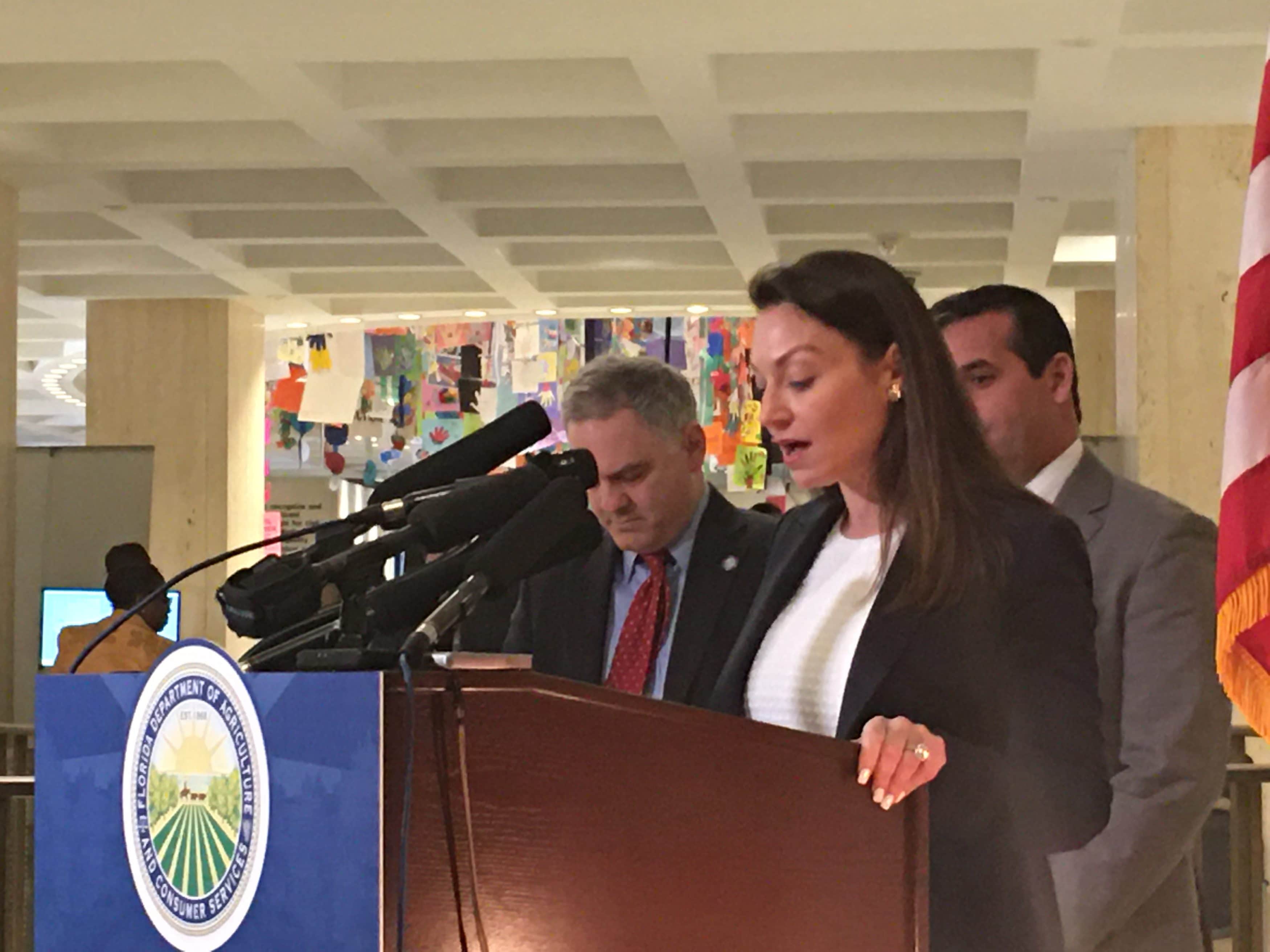 Democratic Agriculture Commissioner Nikki Fried continues to weigh in against what she calls a Republican “power grab.”

Ahead of Wednesday’s House Appropriations Committee meeting, Fried again slammed a proposed committee bill moving the Office of Energy from her department.

Arguing that it was a “power grab,” the Commissioner made her case to media as legislators entered the building just steps from the standup.

“They say moves like this happen all the time,” Fried said, noting that she already knew what would go down in the committee.

Today, she outlined the effectiveness of the office: “funded by federal grants … efficient, cost-effective, does more with less.”

Fried noted that the attack on her office was unprecedented, “part of a larger plan to … subvert democracy” by giving “unchecked power to the Governor.”

A House committee bill (PCB ANR 20-01) would shift the Office of Energy oversight from her office to the Florida Department of Environmental Protection.

In 2011, with the politically favored Adam Putnam in Fried’s office, the energy program seemed a natural fit for the department. However, the House proposal sees it differently.

Fried has sounded the alarm, even working to activate the Democratic caucus on her behalf.

As for the sticker controversy, Fried insisted they “worked” when it came to raising awareness for skimmers.

Fried also said that it took nine months to put the stickers on, “a lot of work … we’d be missing some other kinds of inspections” to remove them.

Last September, Speaker José Oliva decried the stickers in a letter, remarking that the expectation was that they are to be removed by July 1.

Chair Holly Raschein of the Agriculture and Natural Resources committee noted that unless the Department of Agriculture and Consumer Services removes all gas pump stickers with Commissioner Nikki Fried‘s face, the department would be unfunded beginning July 1 … a sharp rejoinder to Fried bemoaning partisan attacks on her office before the meeting.

When asked if she was planning a run for Governor, Fried again said she is focused on her job as Commissioner of Agriculture, stopping short of answering the question

“A Democratic woman gets elected statewide,” Fried said, “and the old boys club can’t stand it.”

previousSunburn — The morning read of what’s hot in Florida politics — 2.5.20