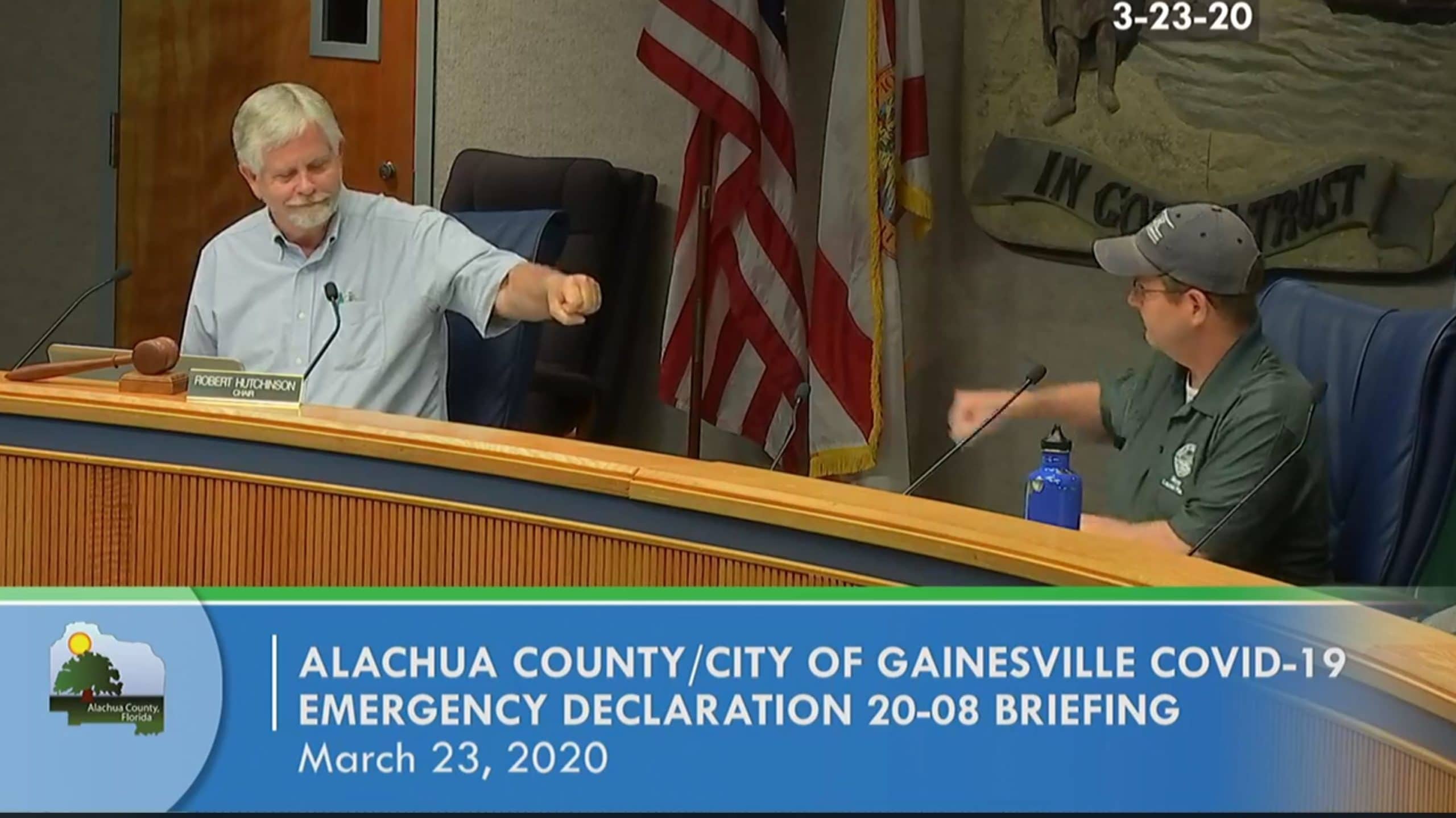 Alachua County is ordering all non-essential businesses to close and residents to stay at home. The order was announced in a Monday livestream.

“Alachua County has the highest rate of infections per capita of any Florida county and it must end, starting now. While we appreciate the sacrifices that many have made so far, it is not enough,” Alachua County Commission Chair Robert Karl Hutchinson said.

“There is only one way to reduce the transmission of this new disease and that is to stop its spread from one person to another by isolating ourselves for its incubation period. If we all do this, the lives of hundreds or thousands of our loved ones will be spared.”

Hutchinson added, “We can no longer wait for the Governor of Florida to join the other states, so we are taking this action now and will modify it as necessary if and when the state issues its own closures.”

Hutchinson was joined by Gainesville Mayor Lauren Poe, who said the “city of Gainesville will mirror the order as laid out by Commissioner Hutchinson.”

The order dropped a few hours after the Florida Department of Health announced that there were 1,171 confirmed cases of the coronavirus in the state, including 34 in Alachua County. DOH reported 32 cases in its Sunday evening report.

By Monday evening, the number of cases statewide had grown to 1,227 with another four deaths, bringing the statewide total to 18, though that was later adjusted to 17. Two of the 56 new cases were in Alachua County.

The county also holds the distinction of having one of the lowest average age for coronavirus patients in the state, at 38 years old. The youngest patient in Alachua is two years old; the oldest is 69. Four individuals are currently hospitalized in the county.

The new report shows 630 tests have been conducted in the county, with 549 coming back negative and 45 test results still pending. The number of tests outpaces several larger counties. Duval, for instance, has tested 579 people.

previousSunburn — The morning read of what’s hot in Florida politics — 3.24.20