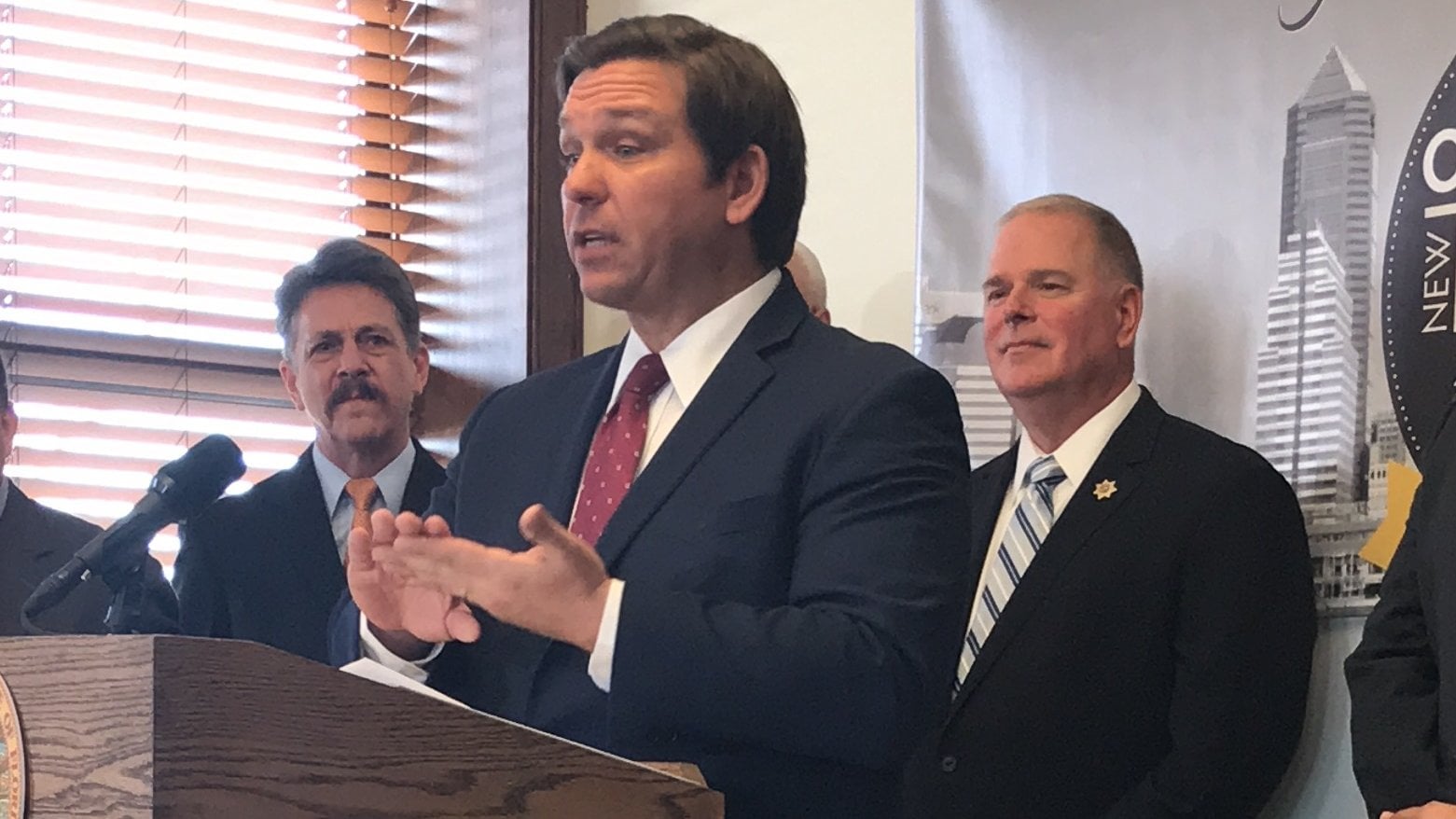 At least four people have died on that cruise ship.

A cruise ship carrying ill passengers with symptoms similar to the COVID-19 virus is continuing toward South Florida. But Gov. Ron DeSantis says he does not want those passengers to leave the ship.

DeSantis said Monday that he wants the passengers treated on the ship should it eventually dock at Port Everglades.

“We think it’s a mistake to be putting people into Southern Florida right now given what we’re dealing with,” DeSantis said.

“We would like to have medical personnel simply dispatched to that ship — and the cruise lines can hopefully arrange for that — [and] tend to folks who may need medical attention. But I think a lot of these are foreign nationals. And we want to make sure we have the beds available for the folks here in Southern Florida.”

At least four people have died on Holland America’s Zaandam after it left Argentina on March 7. About 130 people onboard the cruise ship have symptoms, officials said. A sister ship, the Rotterdam, took on passengers who didn’t appear to be infected.

The Governor said officials are continuing to monitor hospital capacity in the state and want to ensure that space is reserved for Florida residents. He argued there’s nothing specific to Florida that would warrant the ship docking here.

Desantis said about 30% of the beds in the state of Florida are available right now — with a higher percentage available in both Broward and Miami-Dade.

Broward County Mayor Dale Holness said the county has not yet received a formal request for the ship to dock at Port Everglades.

“We know that the intent is that they come here,” Holness added.

The Mayor said county officials would be meeting Tuesday morning to discuss their approach to the situation. But Holness said he backed DeSantis’ suggestion that officials should consider treating the passengers on the ship itself.

The two spoke alongside other South Florida Mayors Monday at a COVID-19 testing site located at Hard Rock Stadium in Miami Gardens. DeSantis was there to announce he had set up a unified safer-at-home order spanning Palm Beach, Broward, Miami-Dade and Monroe counties.

During questioning regarding his position on that cruise ship, DeSantis reiterated his priority is caring for the state’s residents.

“We have enough to deal with, with our folks in Florida. We have almost 22 million people. Just this area [is] heavily populated,” the Governor said of South Florida.

“Having people from other states flee here or to have a cruise ship come in, it creates problems and we want to focus on Floridians.”

Orlando technical writer Laura Gabaroni and her husband were transferred from the Zaandam to the Rotterdam on Saturday. In a phone interview Monday with The Associated Press, the 48-year-old Gabaroni said she wrote a letter to DeSantis pleading that the two ships be allowed to dock in Florida.

“Florida continues to receive flights from New York and it allowed spring break gatherings to go on as planned. Why turn their backs on us?” said Gabaroni, who works for a defense contractor.

“We hope our elected officials will do the right thing: let the Americans disembark and safely quarantine.”