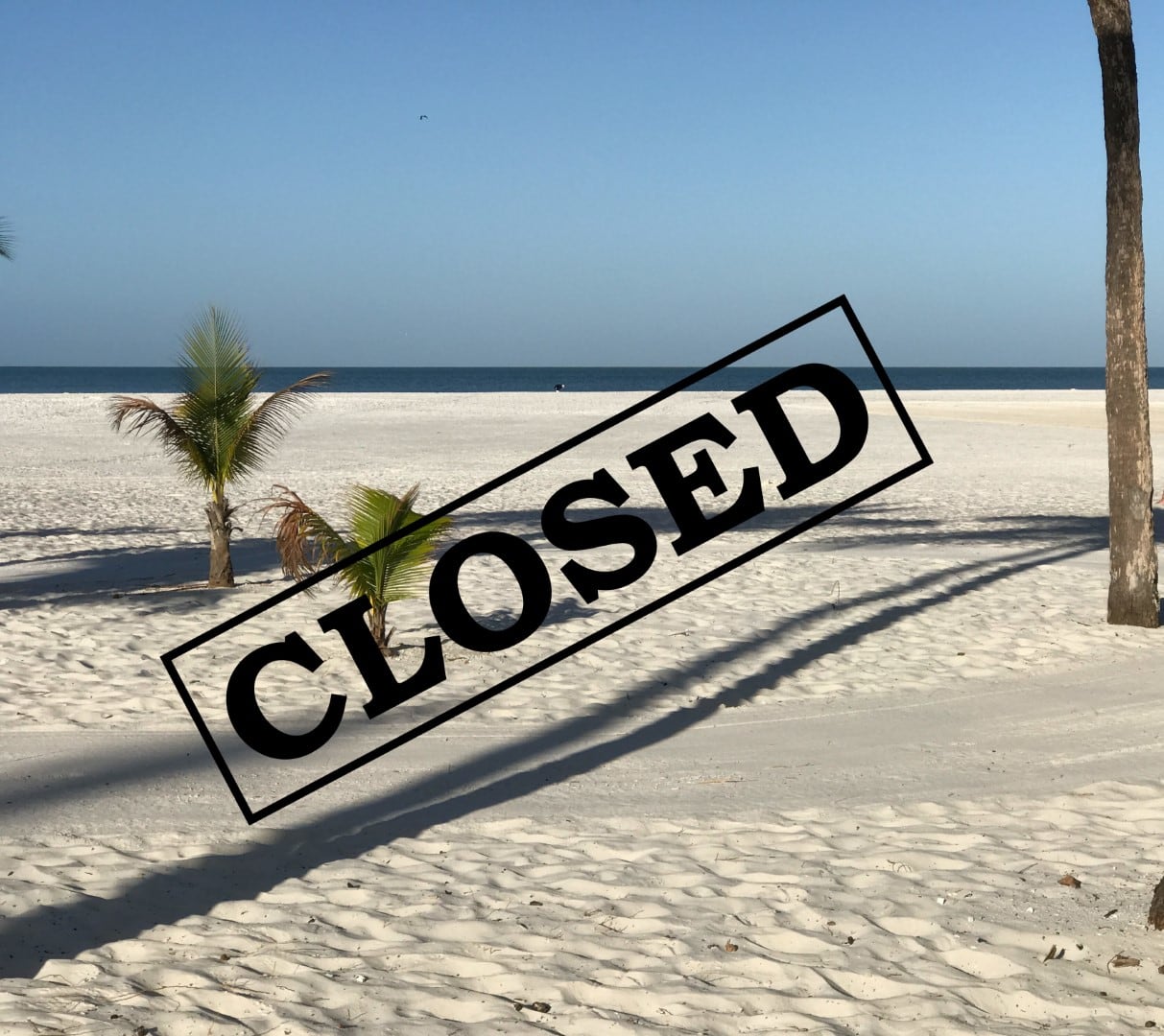 Arguing that they are being prevented from using their “backyards,” oceanfront property owners are asking a federal judge to block a Walton County ordinance that has closed beaches amid the COVID-19 crisis.

The property owners filed the lawsuit and a request for an injunction Monday in federal court in Pensacola. It came after numerous local governments across the state closed beaches to prevent potential spread of the disease — and as Gov. Ron DeSantis has resisted ordering statewide beach closures.

The lawsuit alleges a Walton County ordinance passed last week is unconstitutional on a series of grounds, including that it is an unconstitutional “taking” of property without compensation and violates privacy and due-process rights. The case focuses on how the ordinance affects the rights of oceanfront property owners, rather than issues related to the general public.

“The county’s ordinance forces family members into a confined space within their house rather than allow them to social distance and recreate in their sandy backyard,” a memorandum filed with the lawsuit said. “Or it forces them to public locations to recreate potentially closer to many other persons increasing the risk of spreading COVID-19. Either way, it is counterproductive. And it is beyond reasonable dispute that any hypothetical, negligible benefit conjured by those who passed the Walton County ordinance cannot possibly outweigh the profound trammeling of the present plaintiffs’ constitutional rights.”

Under Florida law, privately owned beach property generally extends to a point known as the mean high-water line. The lawsuit also, however, points to property owners’ “littoral” rights, which provide access to the water.

The lawsuit alleges that the ordinance improperly applies to the private property, including allowing the Walton County Sheriff’s Office to enforce the restrictions against homeowners. Plaintiffs include former Arkansas Gov. Mike Huckabee.

Beach closures have been a closely watched issue as Florida has grappled with the novel coronavirus, which causes the highly contagious and deadly COVID-19 respiratory disease. Images of crowds of beachgoers, including spring breakers, flashed across the country last month as the numbers of COVID-19 cases began to escalate, leading to calls for beach closures.

The Walton County property owners’ lawsuit was filed as a Leon County circuit judge considers a case filed by a Walton County attorney, Daniel Uhlfelder, that seeks to force DeSantis to close beaches statewide. Judge Kevin Carroll is slated to hold a hearing in that case Tuesday afternoon.

Walton County, between Panama City and Destin, has seen a building boom in recent years, with multimillion-dollar homes popping up along its beaches. It also has been a battleground about a controversial 2018 state law that dealt with public access to beaches.

The newly filed lawsuit cites an executive order that DeSantis issued last week directing Floridians to stay at home. The executive order includes a series of exceptions, including for recreational activities such as walking, biking, fishing, running and swimming.

The lawsuit alleges that the Walton County ordinance violates the executive order because it prevents the oceanfront homeowners from fishing and swimming from their properties. It also describes the ordinance, which revamped an earlier version, as “arbitrary and capricious.”

“The amended ordinance purports to be designed to ‘prevent the spread of COVID-19’ yet it has the opposite effect,” the lawsuit contends. “The amended ordinance prevents the plaintiffs, many of whom own residences along the beach, from utilizing their own backyards to quarantine or stay safe at home. The chances of a family or landowner catching or spreading COVID-19 is far less in his or her own private backyard (where no one else should be less they be trespassing) than traveling to the grocery store or hardware store or other essential business.”