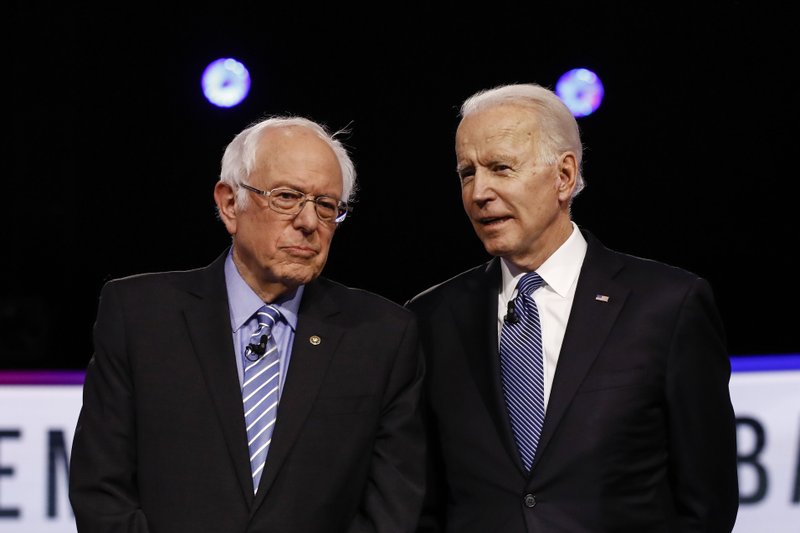 Presumptive Democratic nominee Joe Biden has agreed to let former primary rival Bernie Sanders keep hundreds of delegates he would otherwise forfeit by dropping out of the presidential race in a deal designed to avoid the bitter feelings that marred the party in 2016 and helped lead to Hillary Clinton’s defeat.

Under party rules, Sanders should lose about one-third of the delegates he’s won in primaries and caucuses as the process moves ahead and states select the people who will attend the Democratic National Convention. The rules say those delegates should be Biden supporters, as he is the only candidate still actively seeking the party’s nomination.

But in a memo obtained by The Associated Press, the Biden campaign says it will work with Sanders and state parties to fill those positions with Sanders supporters. The joint memo from the Biden and Sanders campaigns was being sent to state Democratic parties on Thursday.

“We must defeat Donald Trump this fall, and we believe that this agreement will help bring the party together to get Trump out of the White House and not only rebuild America, but transform it,” the two campaigns said in a joint statement.

In some ways, the delegate count is a moot point. While Biden has yet to formally win the 1,991 delegates needed to claim the Democratic nomination on the first ballot at the convention, he is the Democrats’ presumptive nominee. All of his rivals — including Sanders — have endorsed him after ending their own campaigns.

The deal, however, is a major step in the two camps avoiding the acrimony between the Democratic establishment and progressive insurgents that marked Sanders’ 2016 primary fight with Clinton, the eventual nominee. In that campaign, Clinton and Sanders battled for delegates until the end of the primary calendar and then jousted over the party platform and rules well into the summer.

Biden and his advisers have been intent on avoiding a repeat of the disunity that left Clinton unable to attract some Sanders supporters in a fall campaign that Clinton ultimately lost. Sanders, likewise, has pledged since he suspended his campaign and endorsed Biden weeks ago to do everything he can to help Biden defeat Trump in November.

Democratic candidates win convention delegates based on their share of the vote in the party’s primaries and caucuses. Nearly two-thirds of delegates are won based on results in individual congressional districts, and they stay with the candidates all the way to the convention.

It’s the other third of delegates — won based on statewide results — that are at issue. To keep these delegates, candidates must still be running for president when the people who will serve as convention delegates are selected, usually at state party conventions, according to the party’s delegate selection rules.

The delegate agreement says Sanders would get to keep a little more than 300 delegates that, under party rules, he sacrificed when he suspended his campaign. Officially, they would remain Biden’s delegates, but Sanders’ supporters would get to fill those seats. Both the Biden and Sanders campaigns will have the authority to approve or reject the people who want to fill those delegate slots.

Biden leads with 1,406 delegates to the national convention, while Sanders has 974, according to the AP count. The AP had stopped awarding statewide delegates to Sanders after he suspended his campaign. The AP updated its count to reflect the agreement between the two campaigns.

Despite letting Sanders keep the statewide delegates, Biden is all but assured of securing enough delegates to clinch the nomination in June, if states hold their nominating contests as scheduled. Many states have postponed primaries because of the coronavirus pandemic, setting up June 2 as second Super Tuesday in the race.

The deal came out of a series of talks led by Anita Dunn, a senior strategist for Biden, and Jeff Weaver, Sanders’ top political adviser.

Biden has noted for months that his policy slate already is to the left of previous Democratic nominees, including Clinton and Barack Obama. Biden’s challenge is making that sale while navigating a progressive flank that remains skeptical of his decades in the party establishment and reaching out to independents and even moderate Republicans disenchanted with Trump.

As part of that process, Biden has moved toward Sanders on college tuition proposals, calling for four-year public college and university to be tuition-free to students from households earning up to $125,000 in annual income. Biden had previously called only for two-year colleges to be tuition free.

Biden has made clear that he won’t move all the way to Sanders’ position on single-payer “Medicare for All” health insurance. Biden maintains that his proposed “public option,” a government plan that would compete with private insurers but not supplant them, is the next step toward universal coverage.

nextPeter Schnebly: Florida needs to make sure small businesses like mine have a seat at the table