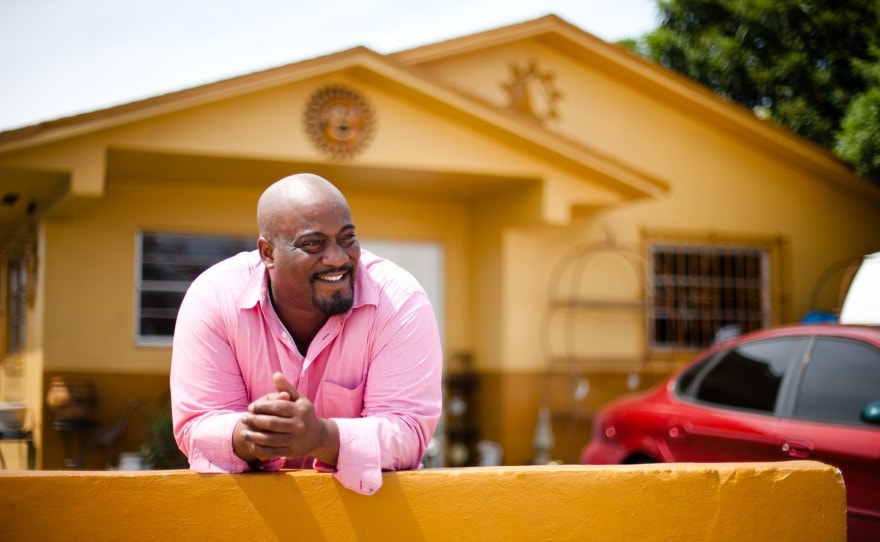 “Was it the most ideal legislation? No, it wasn’t, right?"

But defending the law to a federal judge on Friday, attorneys representing Gov. Ron DeSantis’ administration turned to a man who garnered international acclaim for his advocacy of a 2018 constitutional amendment designed to restore felons’ voting rights.

Lawyers for DeSantis played a video deposition of Desmond Meade, who said he stands behind the disputed law, which the Republican-controlled Legislature passed last year to carry out the constitutional amendment.

Meade, who heads the non-profit Florida Rights Restoration Coalition, told the state’s lawyers that, while the 2019 law (SB 7066) was imperfect, he and his colleagues did not oppose it.

“Was it the most ideal legislation? No, it wasn’t, right? But it was legislation that we felt like we could live with,” Meade, a law school graduate, said during a Jan. 14 deposition. “We could live with it, and we were fully prepared to operate under the color of the law and operate under the provisions that was created within 7066 and allow us to actually engage Floridians from, once again, all walks of life, all political persuasions, and getting them engaged in our democracy.”

The 2018 constitutional amendment restored voting rights to felons “who have completed all terms of their sentence, including parole and probation.” Republican legislators in the 2019 law included the requirement that felons who’ve served their time behind bars pay court-ordered fees, fines, costs and restitution before being able to cast ballots.

Voting-rights groups challenged the statute, alleging that linking finances and voting rights amounts to an unconstitutional “poll tax.” DeSantis’ administration insists that the state law faithfully carries out the language of the amendment. A trial in the case began on Monday and continued throughout the week, with U.S. District Judge Robert Hinkle, attorneys and witnesses participating via video and the public listening over the telephone.

Lawyers for the Republican governor began presenting their defense Friday afternoon, playing the videotaped deposition of Meade, who was originally convicted of drug crimes and, later, of aggravated assault and possession of a firearm. He tried for years to have his voting rights restored under the state’s cumbersome and lengthy clemency process before turning his efforts to what became known as Amendment 4.

National groups — including the American Civil Liberties Union, the Campaign Legal Center, the NAACP and the Southern Poverty Law Center — have castigated the 2019 law in the legal challenge, which could determine whether hundreds of thousands of felons who’ve served their time behind bars are eligible to vote in the presidential election this fall.

Prior to the passage of the 2019 legislation, Meade and other leaders of the Florida Rights Restoration Coalition maintained that Amendment 4 was self-executing and did not require implementation by the Legislature. But Meade and his organization have not joined other plaintiffs in the lawsuit and have not publicly condemned the law.

Meade said in the deposition that Republican lawmakers who crafted the bill did not intend to discriminate against black voters, contradicting one of the arguments made by plaintiffs.

Plaintiffs’ experts testified this week that GOP lawmakers were repeatedly warned that requiring payment of legal financial obligations would have a disproportionately negative impact on black felons, who face a tougher time finding employment after they are released from prison and make up 20% of the convicted felons known as “returning citizens” by proponents of Amendment 4.

During Meade’s deposition, DeSantis’ lawyers pointed to a document several groups, including Meade’s organization, sent to Secretary of State Laurel Lee in December 2018 that said “completion of all terms of a sentence” encompasses financial obligations that “may include restitution and fines imposed as part of a sentence or a condition of probation.”

Meade said he still stands by that interpretation of Amendment 4.

Meade’s January testimony is a brighter view of the state law than his immediate reaction to the measure’s passage on May 3, 2018, when he called the legislation “disheartening and disappointing.”

At the time, Meade said he was grateful to Republican legislators who drafted the measure, but he said last-minute maneuvering resulted in legislation that did a disservice to Amendment 4, to the estimated 1.4 million Floridians impacted by the amendment and to democracy.

“It was a disappointment when politicians got involved. Our elected officials had over 20-plus years to deal with this issue, and they did not pick the ball up. They walked off the playing field. And what we as citizens and returning citizens did is, we picked that ball up and we got it across the finish line. After we got it across, here come elected officials to now try to pick the ball back up. Today, they fumbled,” he said when the bill passed.

The outcome of the trial, which is expected to conclude early next week, could have a significant impact on the 2020 presidential election in Florida, a critical swing state in national elections with a long history of close margins.

More than 770,000 Floridians who were convicted of felonies have outstanding financial obligations but are eligible to vote otherwise, according to research performed by University of Florida political science professor Daniel Smith.

In a preliminary injunction issued in October, Hinkle ruled the state cannot deny the right to vote to felons who are “genuinely unable” to pay financial obligations associated with their convictions. The 11th U.S. Circuit Court of Appeals upheld the injunction, which applied only to the 17 named plaintiffs in the case. Hinkle this month granted class certification to plaintiffs, adding potentially hundreds of thousands of felons to the lawsuit.

Hinkle’s October ruling also ordered DeSantis’ administration to come up with a process in which felons could try to prove they are unable to pay financial obligations and should be able to vote.

Friday’s court session included testimony of Brigham Young University political science professor Michael Barber, who said the inclusion of the language “all terms of their sentence” in Amendment 4 was pivotal in netting the 60% approval by voters required to pass constitutional amendments in Florida.

Hinkle asked Barber if his research revealed what Florida voters believed Amendment 4 meant when 65% of the electorate approved the measure in 2018.

“Did you see anything that suggested that voters in Florida would think it’s OK to keep somebody from voting just because they did not have enough money to pay a fee, cost or fine?” Hinkle asked.

“I don’t think that’s in any of the research material,” the professor said.