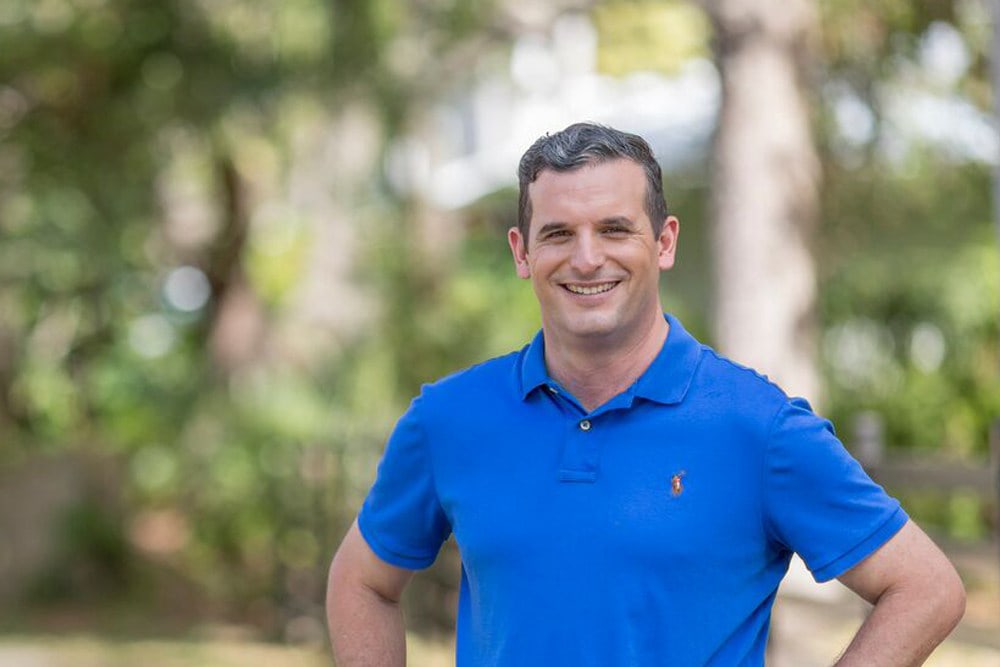 Service is a privilege and an obligation.

Today’s feature: Javier Fernández, a Democratic candidate for Senate District 39 and a member of the Florida House of Representatives since 2018 for HD 114.

Service is not only a privilege, it is our obligation. I have been the beneficiary of the sacrifice of my parents and grandparents. I owe them the effort to preserve that legacy and pass it on.

First job was at 15 as a summer camp counselor at the St. Theresa Catholic School Summer Camp. One summer following my junior year in college, I had the honor of working at the White House as a summer intern and every evening I worked at the White Mountain Creamery shoveling ice cream and making shakes to earn some book money for my senior year.

My first “real job” was as a bodily injury adjuster at Allstate Insurance Co. I also moonlighted that year as a game-night media intern for the Florida Panthers.

Yes, married to my high school prom date Dr. Anna Maria Patino-Fernandez for the past 15 years. We have 2 children – Susanna (12) and Lucas (10).

I have been fortunate in both my House and Senate races that the party has endorsed me as their candidate. In this Senate race, we received the immediate endorsement of all 17 Democratic Senators and are the featured race for this cycle.

A wide and diverse circle of people. My wife and mother for basic life advice that keeps me grounded in family and my religious faith. Friends and mentors, like former Mayor Manny Diaz, and colleagues from prior service who have known me for approximately 20 years and remind me of what my 25-year old self was committed to doing beyond the noise of the immediate day. Long-time friends, like Barbara Burnham (a second mother) and Jerry Fernandez (one of two best friends) keep me humble and build me up when I am down.

Of course, we also count on the support of more recent colleagues, friends & political consultants, some of whom I have known before I became a candidate. They include: Ron Bilbao, Dylan Sumner and Dan Newman, as well as Senators Gary Farmer, Jason Pizzo, Congresswoman Donna Shalala and Debbie Murcasell Powell. Also a few Republican members and political consultants who for their own protection will go unnamed.

To my surprise the first person to contribute to my special election campaign was Scott Dick. The day I filed, the prior political team at House Victory arranged a number of meetings for me in Tallahassee. One of them was with Scott. About 20 minutes into our conversation he walked away for a second and came back with his checkbook and wrote me a $1,000 contribution. I just think we hit it off and he enjoyed our conversation.

I have lots of colleagues that I admire for many reasons. A past Governor that I admire is Leroy Collins. He was someone who I believe that sought to do right notwithstanding its impact on his political opportunities. His support for the civil rights movement certainly cost him the opportunity in the U.S. Senate.

Presently, I admire many colleagues. Sen. Annette Taddeo for her perseverance and her fight. Sen. Jason Pizzo for his passion to serve people. Sen. Janet Cruz for her toughness and her fight. Rep. Bobby Dubose for his ability to bring people together. Rep. Ramon Alexander for his grace, poise and eloquence. Rep. Nicholas Duran for his work ethic, general smarts and ability to work in a bipartisan fashion. These are but a few I admire and that inspire.

I think we have been conditioned to believe that public service is not a noble calling, but a self-interested one. That compromise for the sake of collective advancement is a dirty exercise. I just intend to be me. I hope to speak frankly and truthfully about my motives and what I hope to accomplish and have my actions match my words as closely as possible so as to create trust and confidence with the public.

— Protecting our water, its quality and Everglades restoration.

I am interested in and concerned about the prospect of continued automation and its impacts — both positive and negative — on our society. We are at the precipice of tremendous advancements in the areas of self-driving vehicles. 50% of all men in the world earn their living behind a steering wheel. In Miami-Dade, the majority of bus drivers are African American and earn very good wage & benefits from this employment. Automation has the prospect to revolutionize transport with a tremendous amount of economic disruption that will impact certain ethnic & racial groups disproportionately. We should be planning for these forthcoming changes.

— To be left alone by Tallahassee; more respect for local control.

Close call between Leroy Collins and Bob Graham, but I give the edge to Governor Collins for his courage in being a man ahead of his time being the leading Southern Governor supporting the Civil Rights Movement.

We should amend FL Constitution Article 1, Section 2 “Basic Rights” to include protections against discrimination based on sexual orientation, gender, and gender identity. We should also strike s. 27 of Art. 10 of the FL Constitution to remove the now outdated definition of marriage. Women and men should be of equal standing under the law and no one should be denied the right to marry someone under the law because they happen to love someone of the same sex.

Most political consultants will tell you they are not particularly important, but I believe they have a huge psychological effect. As a candidate, it is always energizing to you and your supporters to see visible evidence of support for your candidacy as you walk up and down streets. It also served as a good motivator for me when I saw my opponent’s signs as I went door-to-door. No campaign is complete without them.

I read the Miami Herald on-line. I am a subscriber and continue to scan it as it remains the local paper of record. That is followed by a quick read of the Sunburn and Florida Playbook. Then a quick run through my news feed aggregator and Twitter rounds out the early morning reading.

I used to watch a lot of CNN and Fox, but I have become bored/angered with what have clearly become two very biased views of what is transpiring in the world. More and more, I rely on print media for my information, particularly long-form, monthly magazines that provide more meaningful analysis. The Atlantic is increasingly my favorite periodical.

Reading, sleeping and enjoying a good beer or glass of wine when I am not doing something for my current public office or shepherding my kids to their activities.

In my past life, long-distance running, basketball and hiking were a regular part of the repertoire.

American Football (played it for 14 years) and the University of Miami Hurricanes.