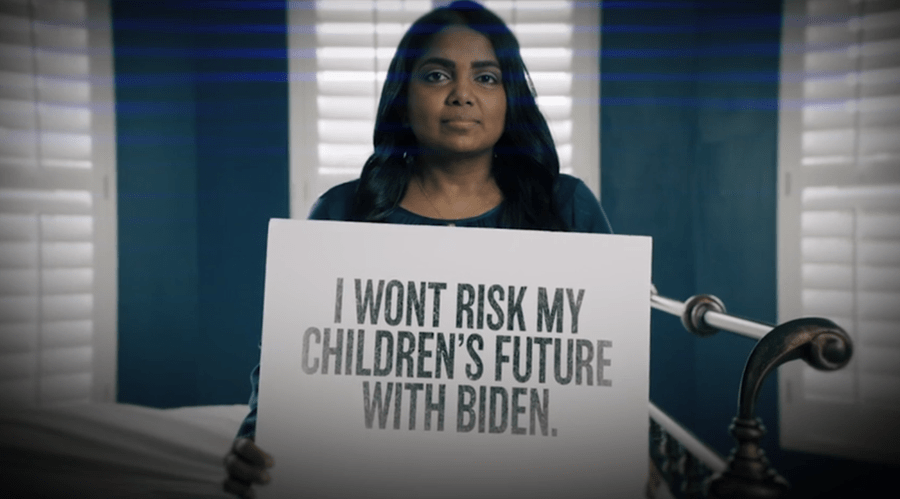 The spots will air on broadcast and cable outlets.

The campaign went dark last week, in a belief that strategy needed to be “smarter and more strategic.” The latest spots, in addition to airing in the Sunshine State, will also be seen in North Carolina, Arizona and Georgia.

The spots will air in English and Spanish on broadcast and cable outlets.

“The countdown clock may show 91 days left in the race, but in reality the election starts a lot sooner than that,” said Trump 2020 campaign manager Bill Stepien. “In many states, more than half of voters will cast their votes well before Election Day and we have adjusted our strategy to reflect that. Joe Biden is continuing to spend millions of dollars a week in states that won’t come online for two months and we encourage him to keep at it.”

According to the campaign, the goal is to inform voters that presumptive Democratic nominee Joe Biden is an “empty vessel, a tool being used by the radical left to advance their extreme agenda.”

Despite the narrative recalibration, the themes are not some radical departure from Trumpian messages voters have seen for the last five years.

the first spot, Takeover, “exposes Biden as a tool of the radical left,” focusing on tax hike proposals, amnesty for undocumented immigrants, and cuts in police funding.

Featuring selective quotes from Biden speeches, the ad wraps up with Biden’s image photoshopped in a field of Reps. Ilhan Omar and Alexandria Ocasio-Cortez and Sen. Bernie Sanders with a plea: “Don’t let the radical left take over America.”

The second spot, meanwhile, hits familiar themes of the “Joe Biden is weak” variety, but departs from the usual bombast-and-bluster approach, with no voiceover at all.

Cards shows an impassive woman sitting on a bed, holding cue cards with phrases like “I’m afraid to say this out loud. I won’t risk my children’s future with Biden.”

The children are nowhere to be seen in the ad.

Polls have shown Biden in the lead, but his lead has been shrinking in recent weeks. In Florida, Democrats running statewide often poll better than they perform when the votes are counted.