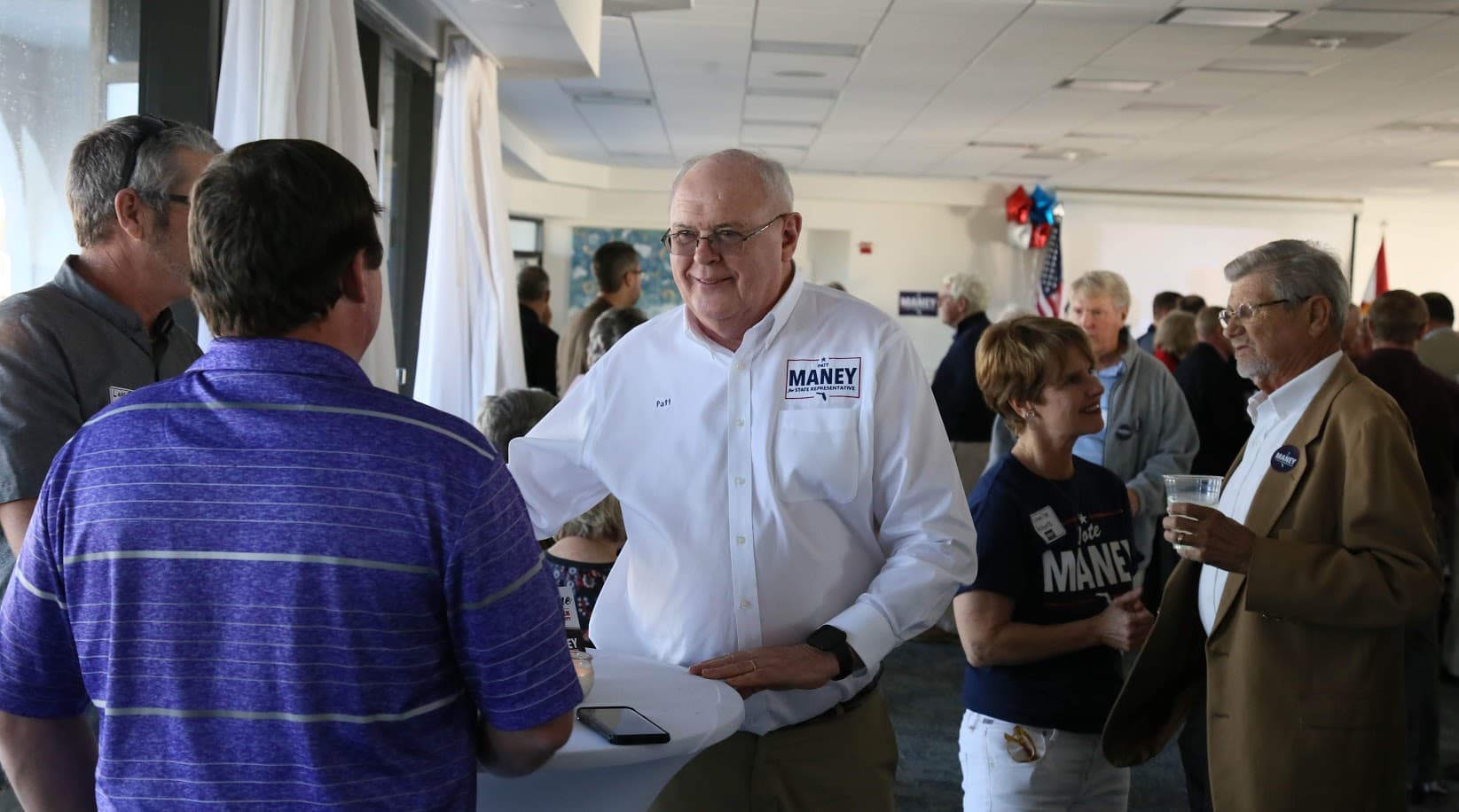 Patt Maney leads with 35% of the vote and 40% among those who've already voted.

With Election Day less than a week away, retired Okaloosa County Judge Patt Maney holds a significant lead in the Republican primary dogfight in House District 4.

Ahead of the Tuesday election, Maney holds a 10-point lead over his next-closest challenger, Jeff Hinkle, according to the latest survey from St. Pete Polls. Although 19% of likely voters still remain undecided or wouldn’t say who they’ll vote for, the four-way race will make it difficult for another candidate to pull ahead.

Complicating the race for Hinkle, Jonathan Tallman and Sandra Atkinson is that 40% of respondents said they had already voted, and 40% of those cast their vote for Maney.

Maney’s lead extends to a 19-point lead among those who have already voted. That breaks down to 40% for Maney, 21% for Hinkle and 14% for both Tallman and Atkinson.

A poll sent to Florida Politics last month showed Maney leading with 29% ahead of Tallman, who polled at 12%.

The candidates started lining up for the seat after Ponder announced he would forego a third term in the House and would instead run for Okaloosa County Commission.

Hinkle, an entrepreneur and Chairman of the Republican Party of Okaloosa County, has staked $234,000 of his personal funds on the race. And of the half a million spent by Republicans in HD 4, Hinkle has spent the majority of it, helping him narrow the gap with Maney.

But Hinkle’s attack ads calling Maney a “Never Trumper” haven’t been enough. One ad ran an out of context quote by Maney saying “I did not work for President (Donald) Trump” while explaining why he didn’t campaign for the President as an elected judge.

St. Pete Polls used an automated phone call to reach Republican primary voters in the district, only taking responses from self-described likely voters. The poll, with a sample size of 468 had a 4.5% margin of error at a 95% confidence level, putting Maney squarely in the lead.

Nearly 10% of voters say they will vote by mail.