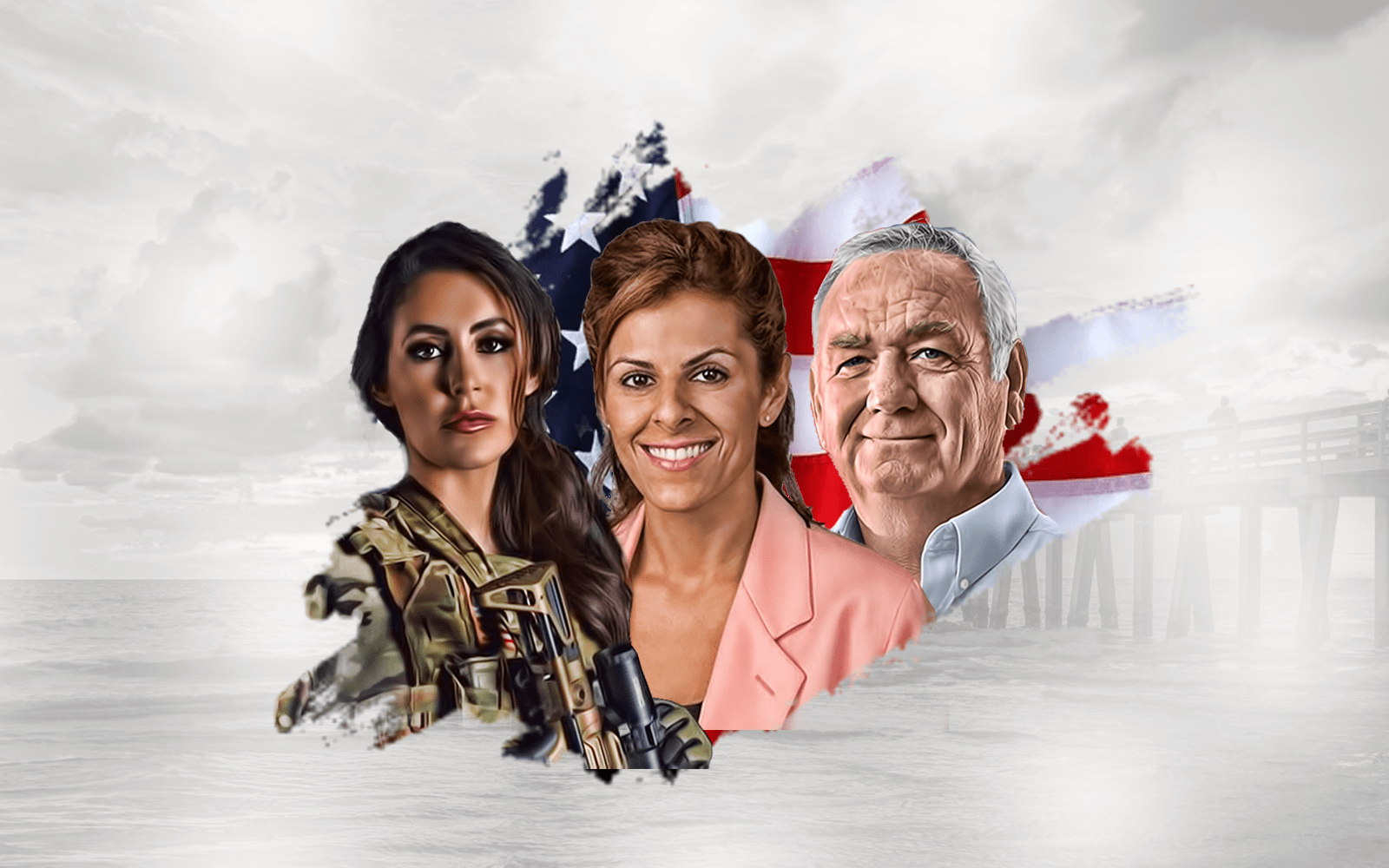 The race turned upside down since early July, according to St. Pete Polls.

Rounding out the five-candidate field, Sheila Griffin wins 6% support, and Sharon Newby, who has dropped out and endorsed Luna, was the choice for just over 1% of respondents.

The winner of the Aug. 18 Republican primary will challenge incumbent Democratic Rep. Charlie Crist in the general election.

Results putting Luna at the top mean a complete turnaround in the race since early July, when the same pollsters found Makki boasting 28% support to Buck’s 21% and Luna’s 13%.

A surging Luna may be benefitting from bad press around Makki, who was dinged by Donald Trump Jr., President Donald Trump’s son, for implying a party picture of the two together constituted an endorsement. The presidential progeny made clear he has not endorsed Makki, and in fact likes Luna in the race.

That prompted Luna’s camp to issue a press release branding Makki as an “anti-Trump lobbyist,” a label no Republican candidate wants to stick during a Presidential election year.

But it’s noteworthy Luna’s apparent rise comes late in the primary. Indeed, among those GOP voters who already cast their ballots, Luna still loses. But then, so does Makki.

Buck actually won 30% of the support from respondents who already voted. That’s a solid advantage on Makki at 24% and Luna at 23%.

But the poll found only 48% of voters who said they had already voted. About 37% plan to vote in person and 16% have yet to vote by mail.

The results include responses from 626 voters, with pollsters reporting a 3.9% margin of error. The poll was taken Aug. 15.

Luna’s lift shows up strong among male voters in the district. More than 32% of men polled favor Luna, compared to 23% who like Buck and 21% who favor Makki. Buck, the only male on the ballot, actually wins the woman vote with about 29% to Luna’s 25% and Makki’s 20%.